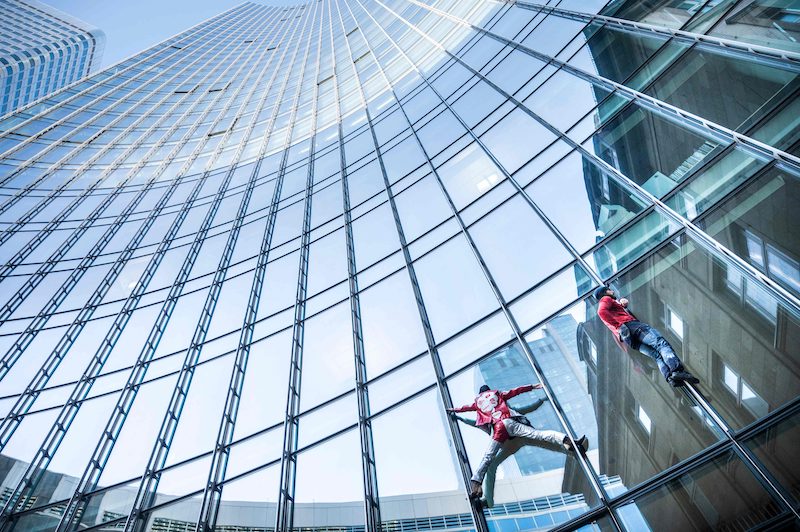 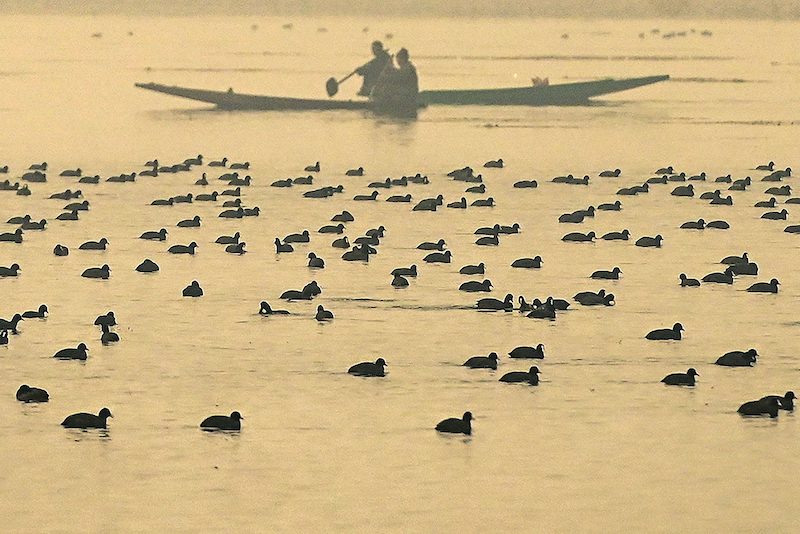 Men row a boat amid foggy conditions in Dal lake in Srinagar on November 22, 2021. LEHTIKUVA / AFP

A beam of light is seen on the wall behind German Chief of Staff Helge Braun as he addresses a press conference to announce that he will be a candidate to take the leadership of Germany's conservative Christian Democratic Union CDU party on November 22, 2021 in Berlin. LEHTIKUVA / AFP

A Soyuz-2.1b rocket booster carrying the Progress M-UM cargo spacecraft with the Prichal docking module for the International Space Station (ISS) blasts off from a launch pad at the Russian-leased Baikonur cosmodrome in Kazakhstan on November 24, 2021. (Photo by Handout / various sources / AFP) / - LEHTIKUVA / AFP

A person holds a small child under their coat at Penn Station on November 24, 2021 in New York City. LEHTIKUVA / Getty Images / AFP

Italian air force aerobatic demonstration unit Frecce Tricolori (L) and French air force's Patrouille de France (R) fly above the Quirinale Presidential Palace in Rome on November 26, 2021, to mark the signing of the Franco-Italian Quirinal Treaty which aims to provide a stable and formalized framework for cooperation in relations between the two countries. LEHTIKUVA / AFP 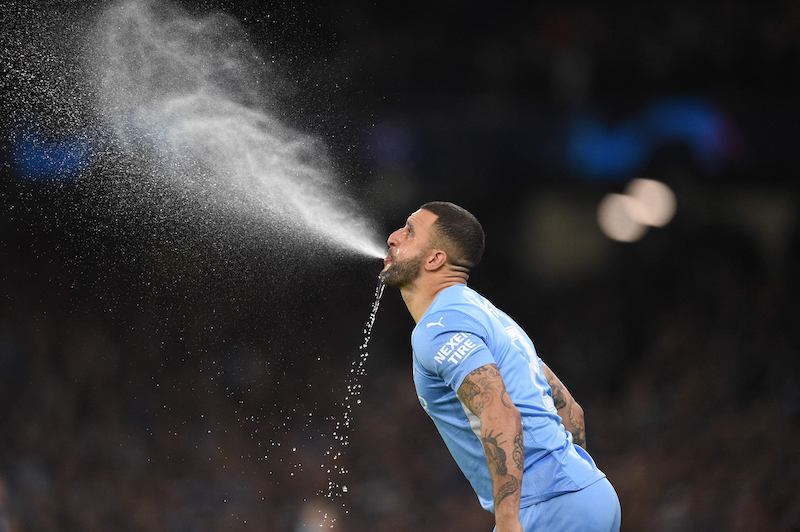 Manchester City's English defender Kyle Walker does his traditional water spaying ahead of the UEFA Champions League Group A football match between Manchester City and Paris Saint-Germain at the Etihad Stadium in Manchester, north west England, on November 24, 2021. LEHTIKUVA / AFP 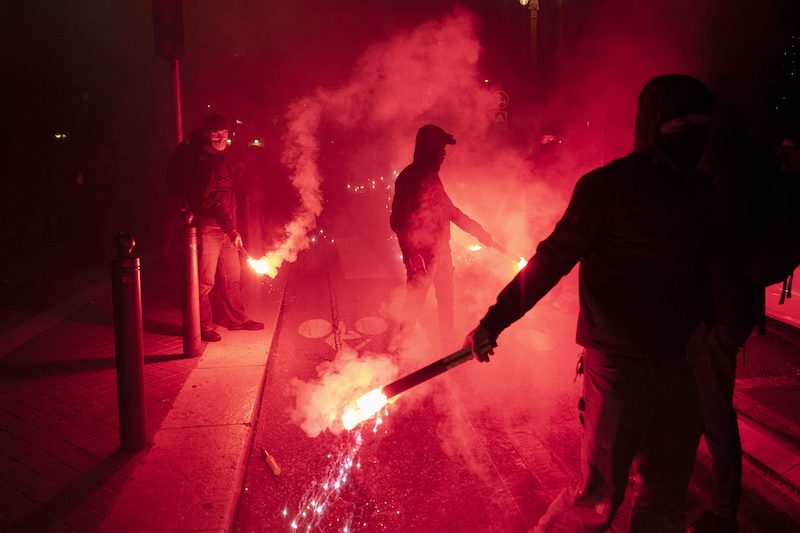 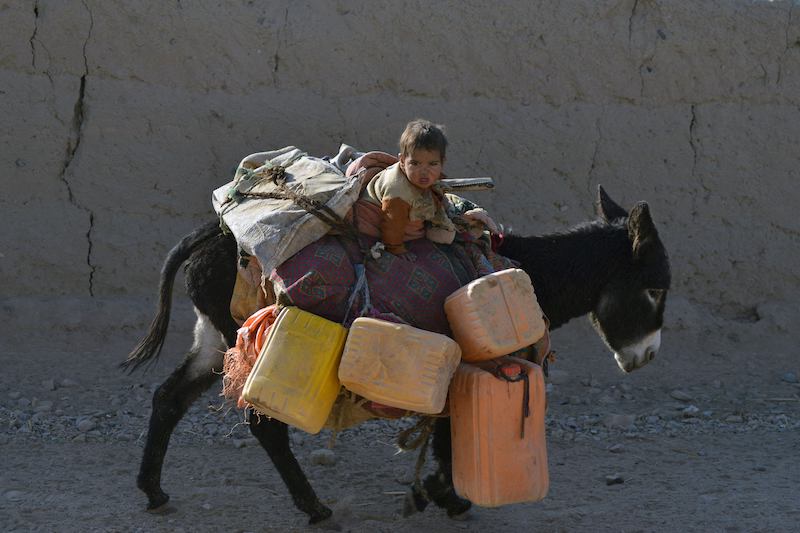 A boy belonging to a nomadic group rides on a donkey along a path in Kandahar's Zhari district on November 25, 2021. LEHTIKUVA / AFP 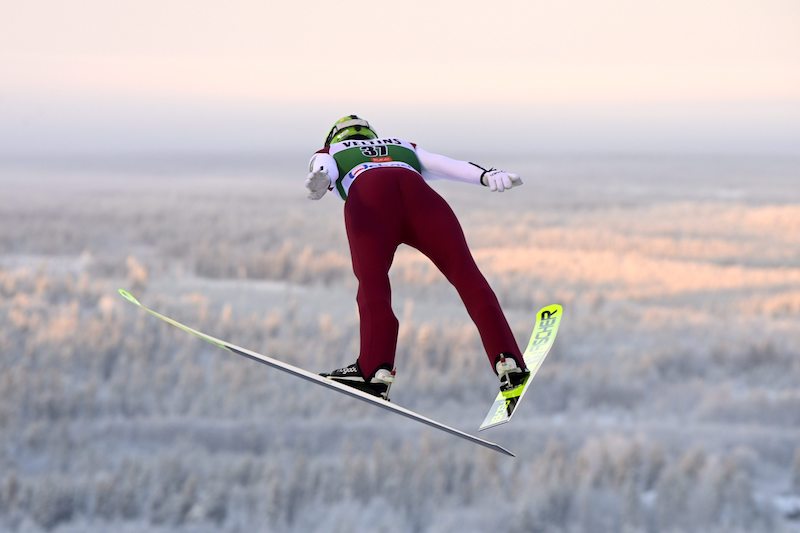 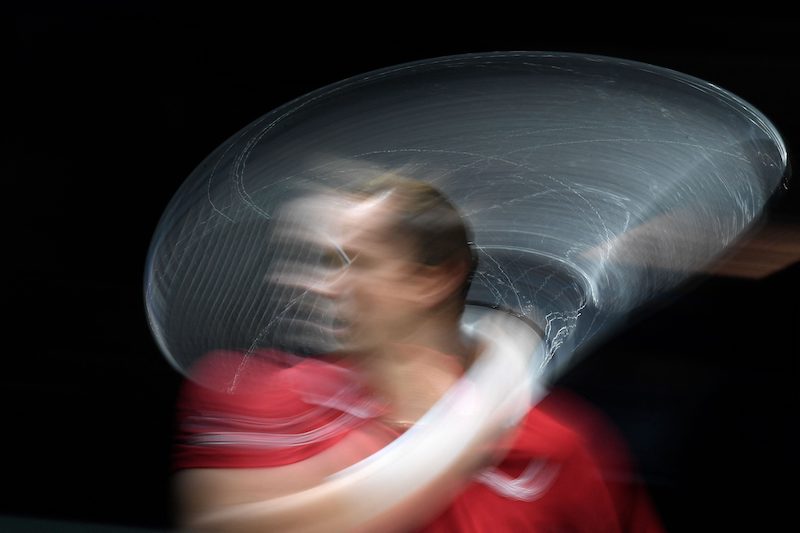 Russia's Daniil Medvedev returns the ball to Ecuador's Emilio Gomez during the men's singles group stage tennis match between Russia and Ecuador of the Davis Cup tennis tournament at the Madrid arena in Madrid on November 27, 2021. LEHTIKUVA / AFP
Previous Next

Here are the most interesting new images of this week, from all around the world.