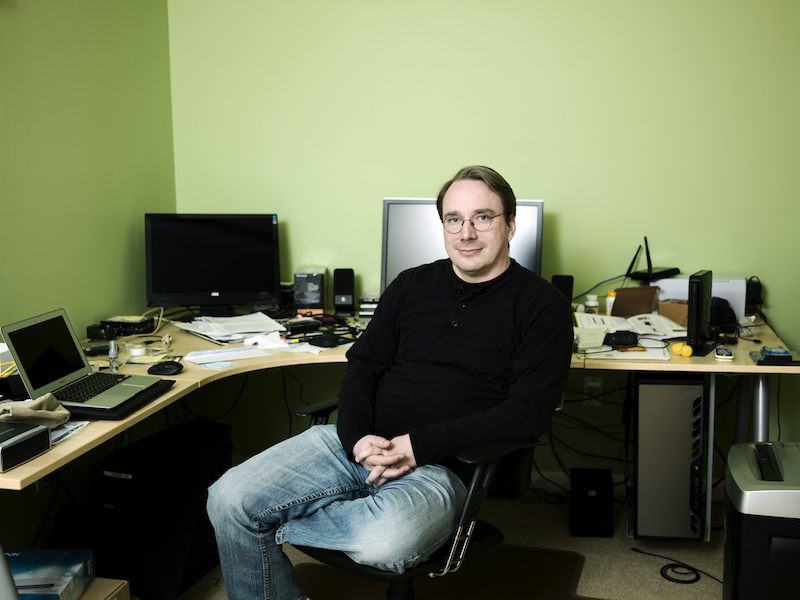 Torvalds pictured at the Technology Academy of Finland in 2012 (Image: Lehtikuva)

ANY LIST OF THE MOST FAMOUS FINNS in the world today would be incomplete without the inclusion of Linus Torvalds, the software developer who created Linux, the world’s largest open-source operating system.

Linux is used in a wide variety of computer and mobile systems today. To list just a few things that rely on Torvalds’ brainchild, NASA’s computers, Instagram, the Hadron Collider, the vast majority of supercomputers, and the US Department of Defense are all powered by Linux. Even if you have never booted up Linux Kernel on your laptop, you have benefitted from this open-source software.

What few people know is that, although Torvalds was born and raised in Helsinki, he is actually part of Finland’s Swedish-speaking minority, the Finland Swedes. As the 30th anniversary of the release of Linux fast approaches, we thought we’d continue our ongoing Finnish-Swedish culture series by looking at the life and achievements of one of the most famous members of this community.

Although Torvalds resides in the heart of Silicon Valley today and has a net worth of around $150 million, his origins are somewhat humbler, although by no means working class. He was born on 28 December 1969 to Finnish Swedish parents, one of whom is the journalist and MP Nils Torvalds. His grandfathers were Leo Törnqvist, another famous Finland Swede who was Finland’s first-ever statistician, and Ole Torvalds, the celebrated poet, and journalist. It was Törnqvist, his maternal grandfather, who first sparked Torvalds’ interest in computing, after asking him to help program his brand-new Commodore VIC-20 computer in 1981.

It was during his bachelor studies in computer science at the University of Helsinki where Linux first came together. Torvalds has his own personal Microsoft computer, which had an OS that was not compatible with the system used by the University, UNIX. To rectify this, he began to develop a system similar to UNIX that would be compatible with personal computers. He first posted the open-source code on a computing forum in 1991, and it proved such a hit among the programming community that Linux as we know it was born shortly after.

The completely free and open-source nature of Linux meant that it quickly spread around the world. One industry that was particularly interested in the software was the defence sector since security agencies were much more comfortable using code that they could view in its entirety (unlike the concealed code used by paid providers like Apple). Linux is also hugely popular in non-western countries since its open-source nature makes it easy to modify and adapt to local language requirements.

In 1997, Torvalds left Helsinki and decamped in California, where he continues to work with the Open-Source Development Lab, a consortium of big tech players such as Intel, Siemens, and IBM that advocate for Linux development. His wife of almost 30 years is the six-time Finnish national karate champion Tove Torvalds, and both have been US citizens since 2010. However, Torvalds still returns to his homeland to give talks, especially at his old alma mater, the University of Helsinki.

In 2004, the national broadcaster Yle ranked him 16th in their list of ‘100 Greatest Finns’, while Time Magazine also listed him on their 2004 Time 100 ranking. He holds an honorary doctorate from Stockholm University and has an asteroid, the 9793 Torvalds, named after him.