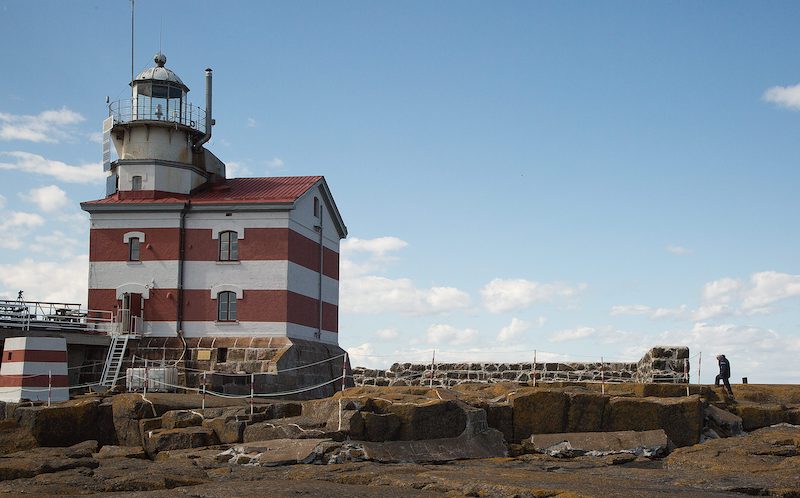 ONE OF THE UNIQUE CULTURAL, SOCIAL, AND POLITICAL QUIRKS of Finland is its millennia-long links with its Western neighbour Sweden. Finland was a part of the Swedish Empire for more than 700 years, and today Swedish speakers form a significant and visible part of Finnish society.

Many of Finland’s most notable historical figures hail from the ranks of the Finlandssvenska, the Finns of Swedish origin who primarily speak Swedish today. In addition, some of Finland’s most successful and globally influential companies would not have been brought into existence were it not for members of this community.

Given the long and colourful history of Finnish Swedish speakers, it should come as no surprise that there are many pockets of the country where almost the entire population speaks Swedish as their native language, and where expressions of Swedish culture stand side-by-side with Finnish culture.

Let’s take a closer look at some of the most Swedish corners of Finland today.

The autonomous Åland Islands are probably the most famous example of Finland’s rich Swedish heritage. With more than 88% of the population speaking Swedish as their mother tongue, Åland remains one of the most distinctly Swedish corners of the country.

Much like the rest of Finland, the Islands were under the exclusive control of Sweden for much of the past millennium, before being ceded to Russia in 1808. However, Åland has always maintained its own strong sense of identity, one that has been closely aligned with its position a mere 38 kilometres from the Swedish mainland.

In 2021, the region celebrates 100 years of autonomy, first granted to it by the League of Nations as the result of the short-lived organisation’s first-ever international treaty, the Åland Convention. Several times throughout its history, Åland has made its distinction from the mainland known; prior to the Convention, 95% of residents voted in favour of seceding from Finland and formally becoming a part of Sweden, a request that was promptly denied.

In addition, the region joined the EU slightly later than Finland, owing to the fact that it was in a separate customs arrangement from the mainland. Today, Finnish speakers are relocating to Åland at record levels, which could fundamentally alter the social character of this unique region.

Located in the heart of Swedish-speaking Ostrobothnia, Larsmo’s population of 5,536 is made up of 92.5% Swedish speakers, making it the least Finnish-speaking municipality in Finland proper. Until 2014, the only language spoken in the municipality was Swedish, but recent internal migrations trends have begun to tip the scales. The island-based municipality, which is connected to the mainland via the so-called Road of Seven Bridges, was established in 1867.

In contrast with many other municipalities in the region, Larsmo’s population is one of the fastest-growing in the country. Much of this is to do with the fact that more than half of the region identifies as adherents of Laestadianism, a conservative Lutheran revivalist doctrine that encourages large families.

Larsmo’s legacy can also be found beyond Finland’s borders; the town of Larsmont in Minnesota, founded in 1909, was first populated entirely by Swedish speaking immigrants from the municipality.

Located right next door to Larsmo, Pedersöre’s 11,187-strong population is 89% Swedish speaking. It also happens to be one of the oldest municipalities in Finland, having first been founded back in 1348 by decree of King Magnus Eriksson of Sweden.

Its church parish is also the oldest known parish in the country, while the mostly agricultural municipality is home to many of the oldest continuously operating farms in Finland.

The main population centre in the region is Jakobstad, founded by Queen Christina of Sweden in 1652 and home to some of the best-preserved examples of medieval Swedish architecture in Europe, as well as the birthplace of Johan Runeberg, composer of the Finnish National Anthem.

The town and municipality of Nykarleby lies at a pivotal strategic point in the Ostrobothnian Gulf, only a stone’s throw away from the Swedish city of Umeå. As such, the region and town, which is 89% Swedish speaking, has been the site of many important moments in Finnish and Swedish history, despite its small size.

Nykarleby was founded in 1607 at the behest of King Gustav Adolf II of Sweden, with the aim of creating an accessible military and trading outpost in the Duchy of Finland. Over the centuries, several important military conflicts have taken place in Nykarleby, most notably a series of battles during the 1808 Finnish War between Sweden and Russia that have been extensively chronicled in Runeberg’s epic poem The Tales of Ensign Stål.

The town is also the birthplace of national author Zacharias Topelius, as well as the composer Erik Bergman. The entire town burned to the ground in the great fire of 1858 and remained Finland’s smallest town until 1970, when the population started to grow rapidly. Today, it is home to Finland’s largest car boot sale and has been ranked by Helsingin Sanomat as the happiest place to live in the entire country.