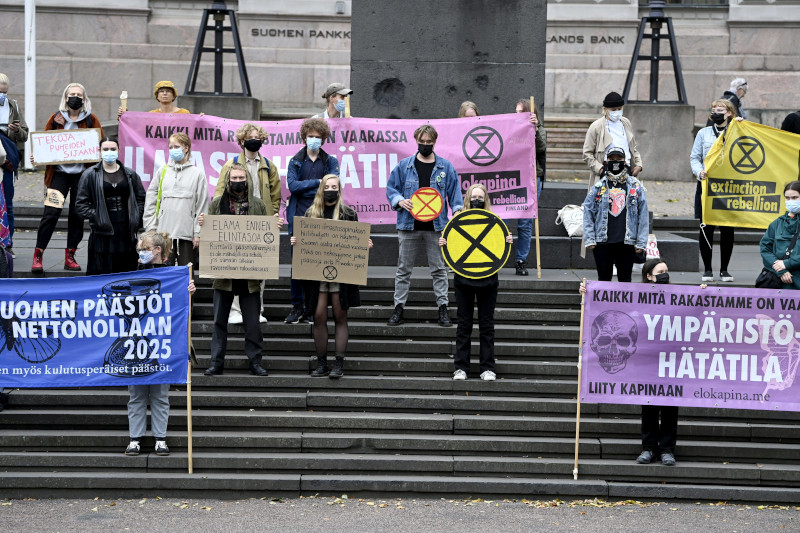 An extensive international study has found that a large majority of people aged 16–25 are suffering from severe anxiety caused by the climate crisis and lack of government action regarding the same.

Around 75 percent of respondents said they believed the future was “frightening,” and 45 percent felt that distress and anxiety related to climate change are affecting their daily life. The study surveyed 10,000 people from 10 different countries, including Finland.

Helsingin-Sanomat reports that 43 percent of young people in Finland think that “humanity is doomed,” compared to the global average of 56 percent. Additionally, 54 percent of young Finns believe that the government is lying about the effectiveness of its climate action policy, while the global figure is 64 percent.

Only 36 percent of all respondents felt their government’s climate policy was based on scientific research. The equivalent figure was 38 percent in Finland. Owing to climate concerns, 43 percent of young Finns are hesitant to have children.

The study, titled Young People’s Voices on Climate Anxiety, Government Betrayal and Moral Injury: A Global Phenomenon, is being peer reviewed in the Lancet Planetary Health journal. The authors claim it is the first comprehensive global study of climate anxiety in young people.