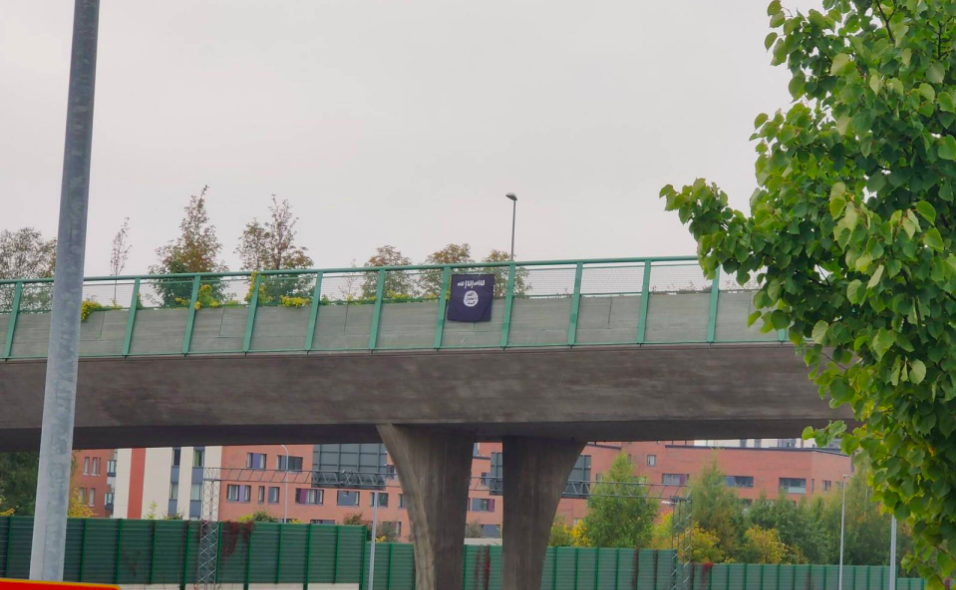 HELSINKI POLICE ARE INVESTIGATING after the flag of the extremist terrorist group Islamic State (ISIS) was found flying from a highway overpass in Helsinki's Myllypuro district. No crime is officially being suspected at the moment.

The flag, which was flown from an overpass on Kehä I between Viikki and Kivikko, flew for several hours yesterday morning, with Ilta Sanomat being the first to report on the incident. Police had received several reports as morning traffic began to pick up and went to remove the flag at around 11:30 am. It is not known who was responsible for hanging the flag or where the flag came from.

While the flag of the Islamic State is not explicitly banned by law in Finland, it may fall afoul of laws aiming to curtail violent extremism. Under anti-terror laws that are currently being considered by the Government, it would be illegal to incite or promote acts of terror, which could include activities such as this. It is likely that the date was deliberately chosen by the perpetrator, as yesterday was the 20th anniversary of the September 11 attacks in the United States, perpetrated by the Islamist extremist group Al-Qaeda.