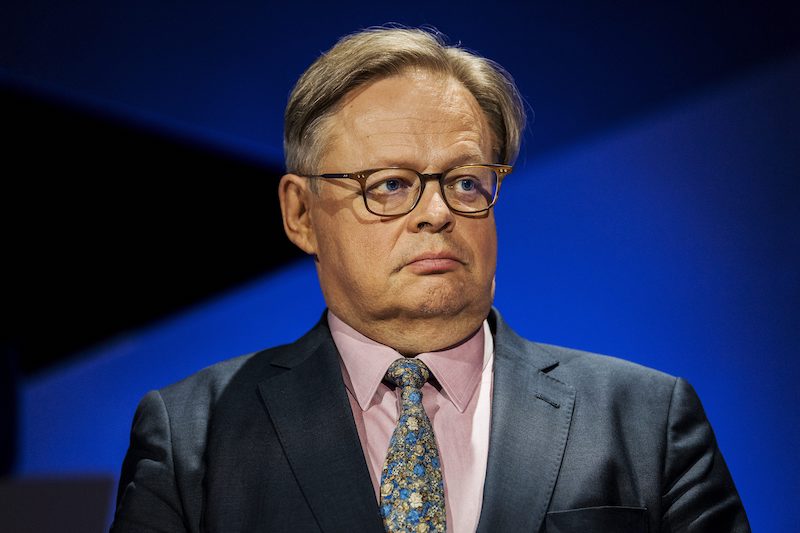 HELSINKI MAYOR JUHANA VARTIAINEN HAS ELABORATED on his recent comments that the capital could be designated as an official English-language city and that existing Finnish and Swedish language requirements for public sector workers could be relaxed to attract more foreign professionals.

Speaking to The Helsinki Times, Vartiainen re-iterated his support for the idea, remarking that "too many international workers do not yet feel sufficiently at home in Helsinki.

The mayor's initial comments in an interview with Helsingin Sanomat garnered significant coverage here and in the international media, with some party politicians also wading in to offer their own critiques of the idea. Notably, Swedish People's Party Councilor Björn Månsson, head of Helsinki's Bilingual Committee, described the proposal as a threat to the constitutional rights of Swedish speakers in an interview with Hufvudstadsbladet.

In Vartiainen's initial comments to HS, he described Finland's efforts to attract much-needed, qualified foreign professionals as "a terrible failure", adding that politicians are realising too slowly how much Finland needs skilled foreign labor in order to stay competitive and support the economy. Long-established language requirements for public sector workers in Finland stipulate that they must master both Finnish and Swedish.

The mayor suggested that Helsinki could "call itself an English-speaking city" instead, as a means of helping to reduce the rigid language requirements often imposed on foreign professionals, many of whom leave Finland due to these barriers.

In comments to The Helsinki Times, Vartiainen elaborated, suggesting that the city could expand English-language school and daycare services as a means of providing "a more attractive option for the many foreigners and people already working here". He also stressed that language requirements for local public sector jobs remain too inflexible for attracting foreign talent.

"We currently operate strict language requirements for the city's own personnel. Perhaps we could compromise a little bit there, especially in activities where there is a real scarcity of labour".

However, Vartiainen also wanted to focus on the positives, pointing out that there are advantages to being an English-speaking professional in Helsinki already, even if people are not aware of them.

"Many who might consider working in Helsinki do perhaps not know that we have already achieved a lot in this respect", he added. "It is perfectly possible to thrive in Helsinki as an English-speaking entrepreneur, or working in many occupations".

Most notably, the American celebrity data scientist Deborah Berebichez, who arrived as part of Helsinki Business Hub's highly-publicised 90 Day Finn Programme, announced her departure from the scheme in August, saying that the scheme did not live up to expectations. The scheme aimed to raise the profile of Finland as a place for foreign professionals to live and work. Berebichez will, however, remain in Finland.

Almost 40% of foreign graduates from Finnish institutions leave the country within a year of graduating, a rate of attrition that is higher than many other countries in Europe. Many of those leaving cite language barriers and a challenging job market as the main reasons for their departure. Meanwhile, it is estimated that 25% of Helsinki's population will have a native language other than Finnish or Swedish by the year 2030, up from 14% today. Currently, native English speakers make up the fifth-largest language group in the capital region.

In his closing comments to HT, the mayor also wished to stress why the need for less strict language requirements is so acute in Finland right now.

"Already now and actually even more so in the future, we need to attract highly skilled international workers to Helsinki and Finland. We are an aging society with a shrinking domestic population of working age".

"My vision and goal is to make Helsinki a more attractive option for international workers, and I want to enhance our reputation as a city where highly skilled English-speaking workers will have a realistic chance to build careers".