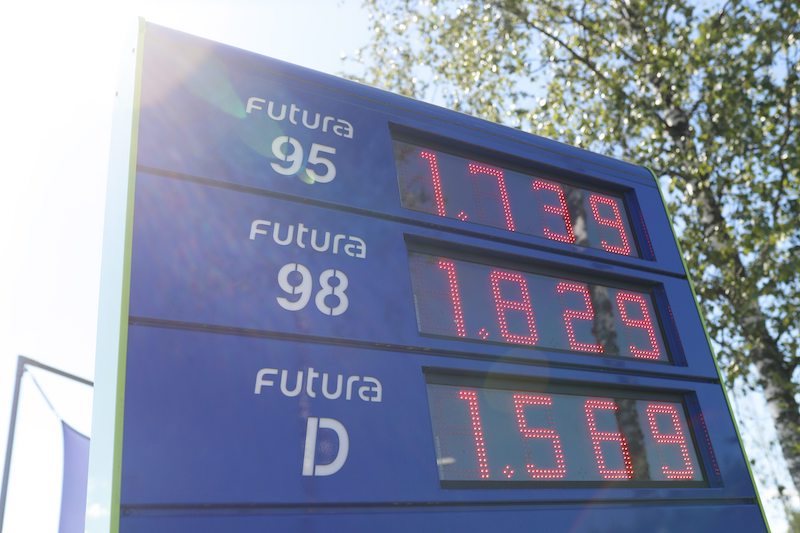 A RECENT ANALYSIS OF PETROL PRICES across Europe has revealed that Finland has the second-highest fuel prices on the entire continent, averaging at around €1,70 per litre of petrol.

In the continent-wide survey commissioned by Enjoy Travel, which drew on a variety of consumer price databases, only the Netherlands was shown to have more expensive fuel prices than Finland, with prices there averaging €1,84 per litre. Following Finland were Nordic neighbours Denmark, Iceland and Norway, all of which are well-known for boasting some of the highest consumer prices in the world. Finland was also shown to have the fifth-highest prices for diesel fuel, at an average of €1,52 per litre.

At the bottom of the scale was the former Soviet Union country of Belarus, where petrol prices average just 66 cents per litre. Following Belarus are Moldova, Ukraine, Bulgaria, and North Macedonia.

This isn't the first time in recent months that Finland's high cost of living has been in the international spotlight. The consultancy firm Mercer revealed that the capital Helsinki had risen 18 places in its widely-followed cost of living rankings, being crowned the 55th most expensive city in the world for expatriates.

Meanwhile, a recent survey of foreign-born workers in Finland revealed that the country as a whole had fallen to the near-bottom of the list in a ranking of best and worst countries to work, owing largely to the high cost of living and relatively low purchasing power compared to other countries. Finland also came out as the eighth most expensive country in Europe for overall consumer prices in a recent Eurostat survey.