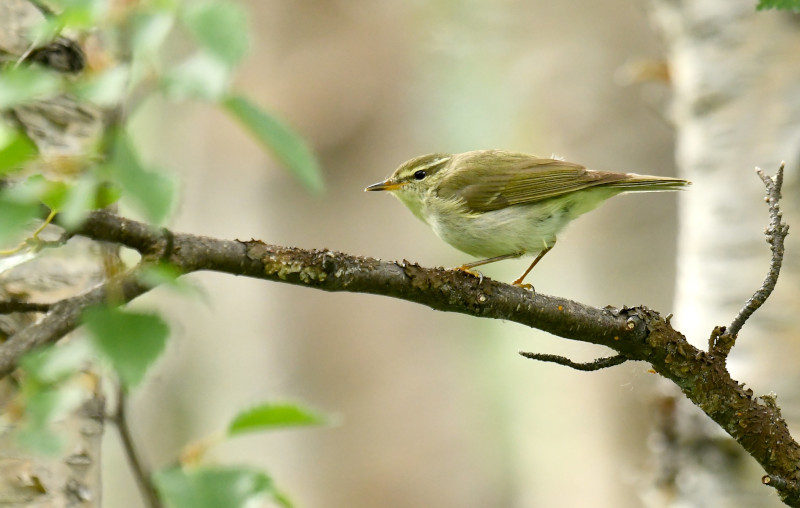 The first-ever sighting of the Kamchatka leaf warbler (Phylloscopus examinandus) in Europe has been recorded in Finnish Lapland, according to NGO BirdLife Finland. The bird, which belongs to the leaf warbler family (Phylloscopidae) and is closely related to the Arctic warbler, is native to East Asia.

The warbler was spotted by hikers Petteri Lehikoinen, Aleksi Lehikoinen and Hanna Laakkonen on Sunday afternoon in Kilpisjärvi, Enontekiö (Lapland). The nature enthusiasts were drawn to the bird due to its seemingly unfamiliar sounds, which do not resemble the birdsong of Lapland species.

While experts agree that the bird’s song and appearance correspond to that of a Kamchatka leaf warbler, researchers at the University of Oulu are currently performing a DNA analysis of its feathers to confirm its species.

The Kamchatka leaf warbler breeds in the easternmost parts of Asia on the Chukchi Peninsula, the Kamchatka Peninsula and Sakhalin Island (Russia), and migrates to Indonesia and the Philippines in winter.

This is the first time that a bird breeding in these regions has been spotted in Europe. While a possible sighting of the Kamchatka leaf warbler was recorded in Norway in September 2016, Sunday’s sighting is reportedly the first confirmed sighting in Europe.