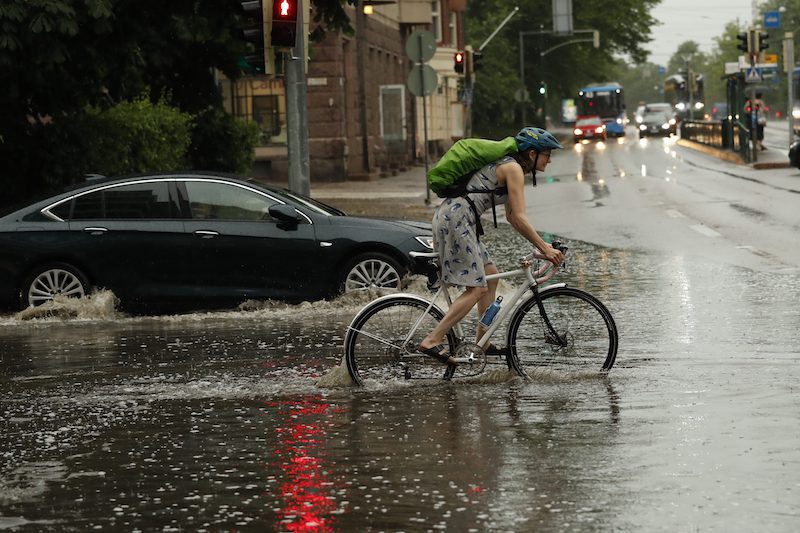 STORM RIIKKA IS EXPECTED TO BRING EXTREME RAINFALL AND HIGH-SPEED WINDS to much of Finland starting from this afternoon and continuing through the week.

The arrival of the storm - the fourth such storm in Finland this summer so far - will mean the end of the weeks-long heatwave that has pushed temperatures up to record highs across the country and led to a spate of wildfires.

Storm Riikka will largely hit Central and Eastern Finland from later on today and continue throughout the early days of the coming week. Wind speeds of up to 25-meters per second are predicted across the worst-affected areas, as well as intense rainfall and thunderstorms.

Although the most severe weather is not expected to make it to Uusimaa, it is likely that the capital region will experience significant wet weather from around Tuesday onwards. However, high temperatures and dry weather are expected to return to Southern Finland later in the week. Meanwhile, exceptionally heavy rainfall is expected to hit Lapland today and continue for the next several days, prompting warnings from authorities to stay safe and exercise caution.