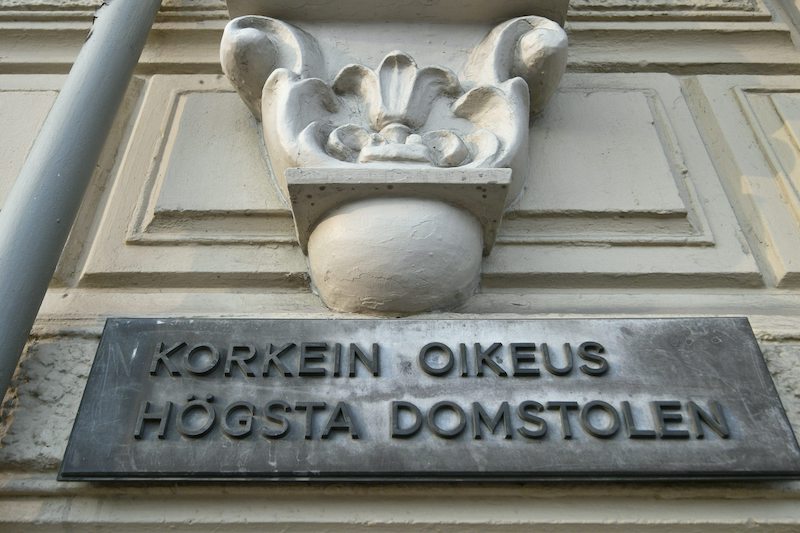 The ruling was handed down by the Supreme Court in Helsinki today (Image: Lehtikuva)

FINLAND'S SUPREME COURT HAS RULED that a man of Somali heritage who was born and raised in Finland can be deported to Somalia, with the decision stating that the individual in question poses a threat to society due to his criminal convictions.

The ruling comes at the end of a long appeals process instigated by the individual, who is a male born in 1993. Police had originally proposed deporting the man in 2017, after which the Migri began proceedings to instigate deportation and a three-year ban from entering the Schengen Area. The individual appealed to the Administrative Court and then the Supreme Court, emphasizing that he had no ties to Somalia and does not know anyone in the country, which he has never visited.

The individual has an extensive criminal record, having been convicted of 11 robberies, aggravated theft, assault, and coercion between 2010 and 2017, serving multiple prison sentences including an 18-month stretch in prison. As a result, the Supreme Court ruled that his continued presence in Finland represented a threat to "society and security" and gave the green light for deportation proceedings to begin.

The Supreme Court acknowledges that the defendant does not have any ties to Somalia, but notes that his mother tongue is listed in Somalian in the Finnish Population Register and that he does not hold Finnish citizenship, despite being born and raised in the country. It is also noted that his parents did not apply for citizenship on his behalf when he was a child, as they did not think it was necessary to do so.

The individual claims to be reformed and now works as a youth counselor in Finland. He also has two children, both of which have Finnish citizenship.

The decision to deport someone on criminal grounds is fairly common in Finland, with Migri removing 41 foreign-born individuals on such grounds in 2021 so far. However, it is exceedingly rare for such a decision to be applied to someone who has lived in Finland their entire life.