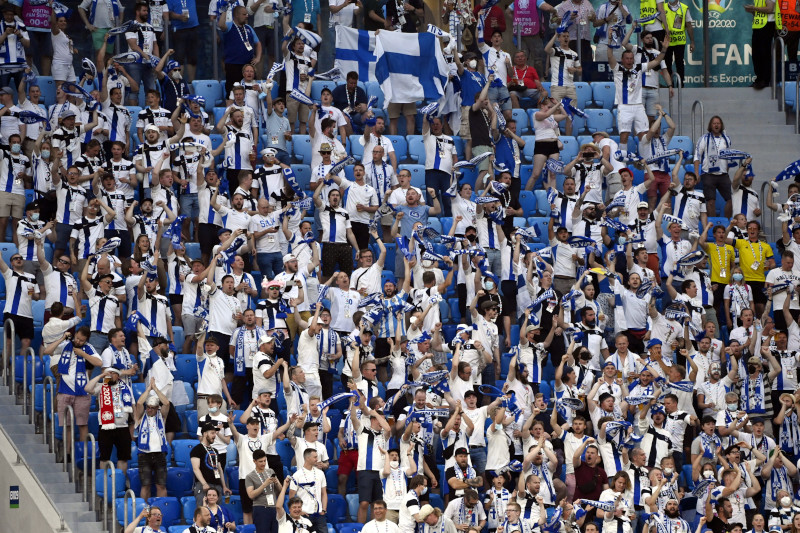 Nearly 390 football fans who travelled to Russia to watch Finland play in the UEFA Euro 2020 matches have tested positive for the COVID-19 virus as of Wednesday, according to the Ministry of Social Affairs and Health.

Local newspapers also reported that the Salmonella outbreak that began in Jyväskylä two weeks ago has now led to a total of 442 cases of food poisoning.

The Ministry of Social Affairs and Health has reported that 386 of the people who travelled to St. Petersburg, Russia to attend the 2020 Euro championship have now tested positive for COVID-19.

The new cases have also led to 50 people being exposed to the virus. At least 4,500 people are estimated to have visited Russia to attend matches in the past few weeks.

According to a press release by the ministry, a total of 947 new cases of corona were detected last week, with football fans accounting for nearly half of these.

The majority of the infections have been reported in the hospital districts of Helsinki, Espoo and Vantaa (264 cases and 17 people exposed to the virus), as well as Pirkanmaa (38 cases and 8 exposed) and Southwest Finland (31 cases and 5 exposed).

As of Wednesday, a total of 442 people have contracted food poisoning due to a salmonella contamination that has been traced to food served in primary schools in Jyväskylä, Central Finland.

Of those that have been infected, 377 are children and 65 are adults. Preliminary results of a PCR (polymerase chain reaction) test indicate that the outbreak likely originated from a batch of fresh vegetables (including lettuce and cucumbers) that formed part of a primary school meal on 18 June.