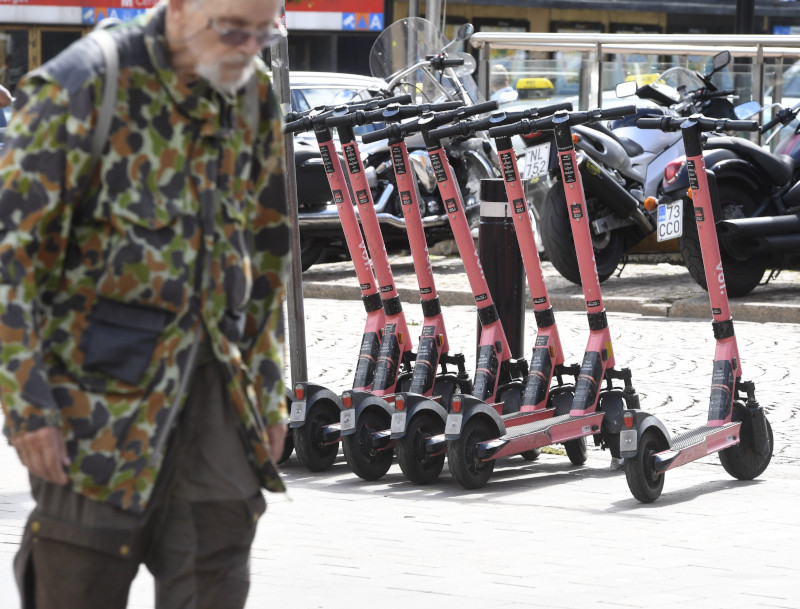 Nearly 70 per cent of respondents in a recent survey conducted by the Finnish Road Safety Council said they believe electric scooters are a threat to pedestrian safety. Almost one in every four revealed that they had found themselves in a dangerous situation due to the two-wheelers.

This is largely due to the fact that electric scooters are capable of travelling at speeds up to four times that of a pedestrian. Additionally, they are fairly quiet, making it difficult for anyone walking on a pavement to hear them approaching.

The survey, which was conducted by market research firm Kantar TNS on behalf of the Finnish Road Safety Council, included around a thousand respondents, most of whom were motorists.

While a majority of those surveyed believe that electric scooters endanger pedestrians, nearly 80 per cent agreed that the availability of electronic mobility devices and city bikes in urban areas was a good thing.

The growing popularity of electric scooters has led to a surge in injuries and accidents in the capital city region, with the Helsinki and Uusimaa Hospital District’s (HUS) Meilahti Emergency Department treating nearly 150 victims of electric scooter accidents since the beginning of May.

Most of these patients were young people aged 20–30. The emergency department of the Töölö Hospital also reported treating an average of 200 electric scooter injuries during Summer.

While regulations dictate that the maximum speed of the electric scooters used in Helsinki cannot go over 25 km/h, riders generally do not wear helmets and often fall off the scooter if they have to brake unexpectedly.

More information about electric scooter safety can be found on the Finnish Road Safety Council’s website.