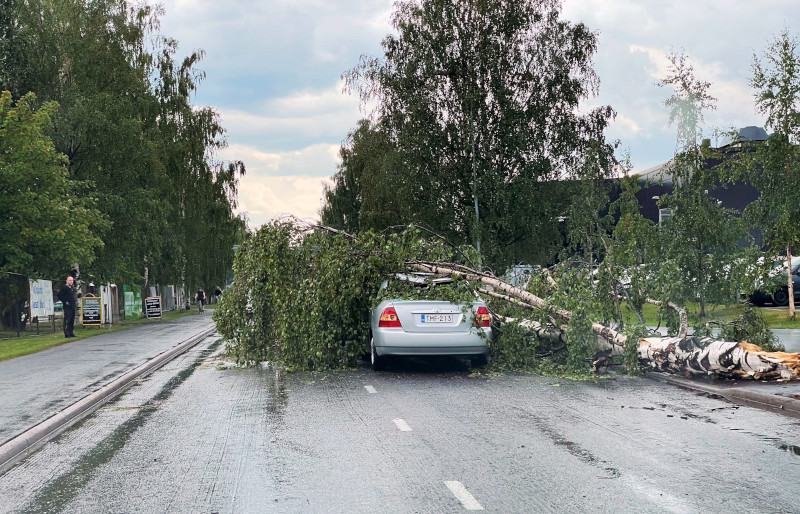 One person was killed and two injured during a thunderstorm that hit Oulu on Monday. Police and emergency services had their hands full as strong gusts of wind and heavy rainfall led to widespread damage, including downed trees and flooded streets.

A falling tree killed one pedestrian in Hiukkavaara, Oulu, while two others were injured in the city centre. The latter two were treated on the spot by emergency services and did not need to be taken to a hospital.

Oulu’s Kauppakeskus Valkea shopping mall had to be evacuated due to water damage from flooding. Emergency services in the region were called to respond to nearly 150 incidents related to the storm on Monday.

Strong winds also damaged the roofs of several buildings in the area, including the Radisson Blu hotel. The Finnish Meteorological Institute measured wind speeds of up to 31.6 meters per second in Vihreäsaari, Oulu.

Meteorologists have warned that thunderstorms will continue till Friday, with an even more severe storm than Monday’s expected for Tuesday. Warnings have been issued for nearly the entire country.

Meteorologists recommend getting indoors and avoiding isolated trees during a storm. Storm signs to watch out for include darkening skies, strong winds and thunder.