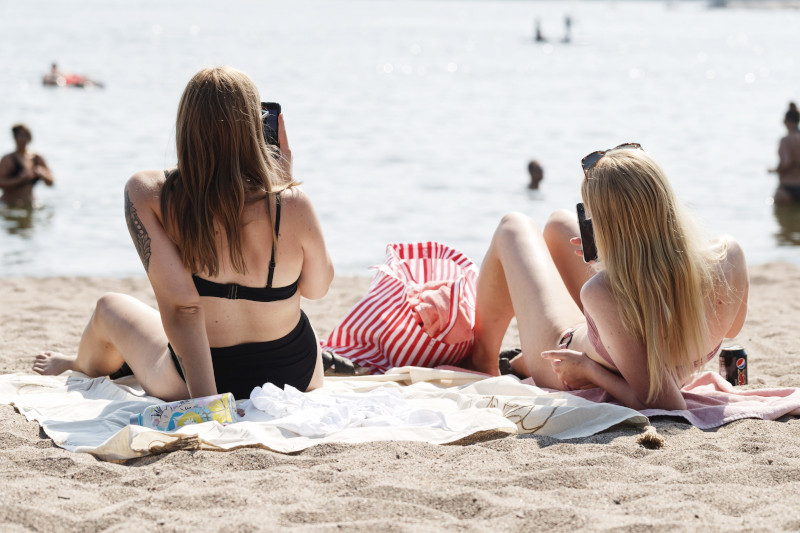 The Finnish Meteorological Institute has issued high temperature warnings for half of Finland today as Eastern and Southern parts of the country are expected to bear the brunt of the ongoing heat wave.

Southeastern Finland will likely experience the highest temperatures, with the mercury forecast to rise above 30°C. The warm weather (with an average temperature of 24 degrees) is expected to continue till Thursday, with Tuesday slated to be the hottest day of the week.

The town of Heinola in Päijät-Häme (Southern Finland) has already registered a temperature of 30.9 degrees—the highest so far this year. Meteorologists predict that the mercury will climb even higher as the week progresses.

The highest temperature ever recorded during June in the South Ostrobothnia town of Ähtäri was 33.8 degrees in 1935. Experts believe that this record will likely be broken for the first time in 86 years this Summer.

Juhannus or Midsummer celebrations could also be marred by sweltering conditions this year. Meteorologists have warned that nights will bring no relief from the heat as temperatures are anticipated to remain nearly as high after dark.

The heat generally reaches its peak during the early evening hours—particularly from 3–4 p.m.—and experts have urged people to take precautions and stay hydrated to avoid the danger of heatstroke.

The unusual weather is also expected to result in potentially severe thunderstorms in Kainuu, North Karelia, North Savo and North Ostrobothnia this afternoon, with the meteorological institute issuing warnings for these areas. The institute has also warned against a high UV index (indicating potential exposure to strong ultraviolet rays) for the next two days.