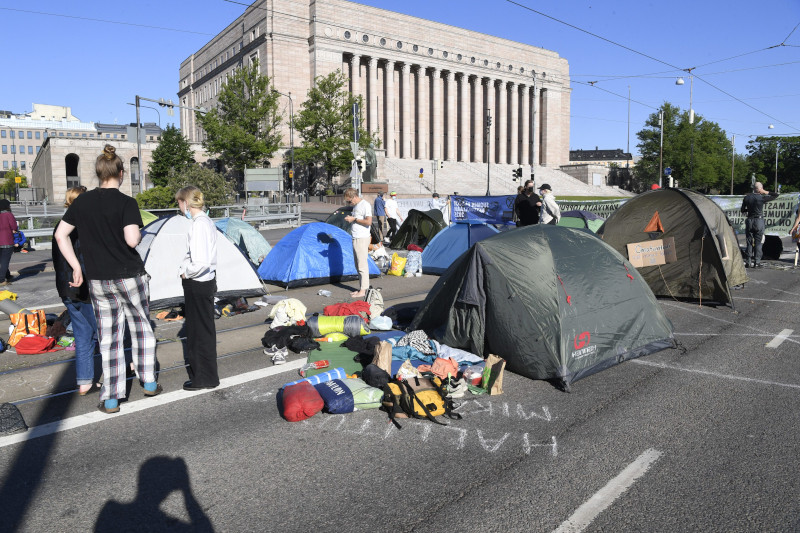 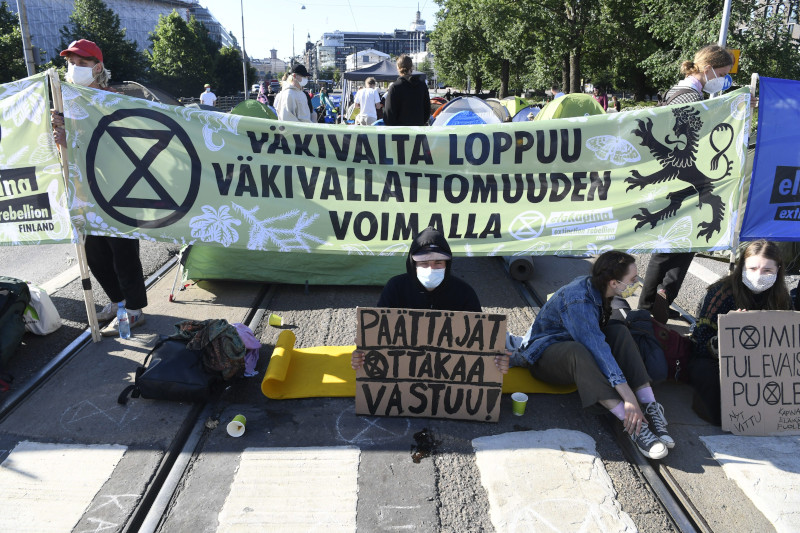 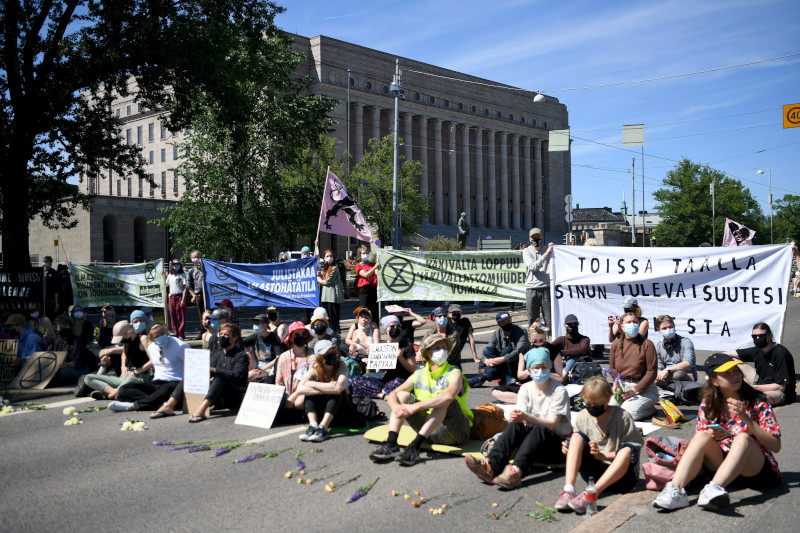 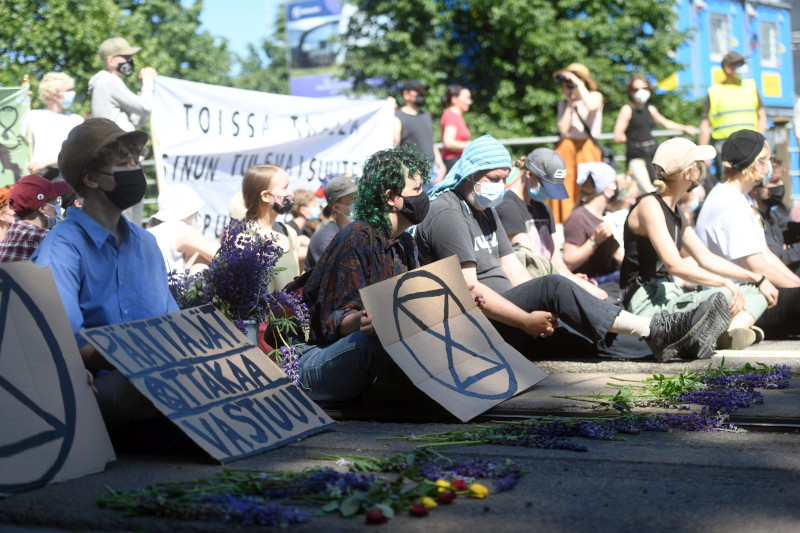 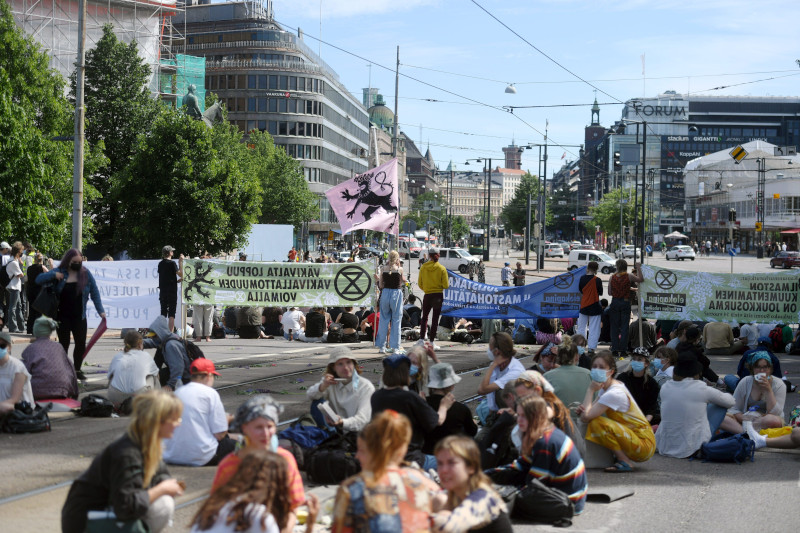 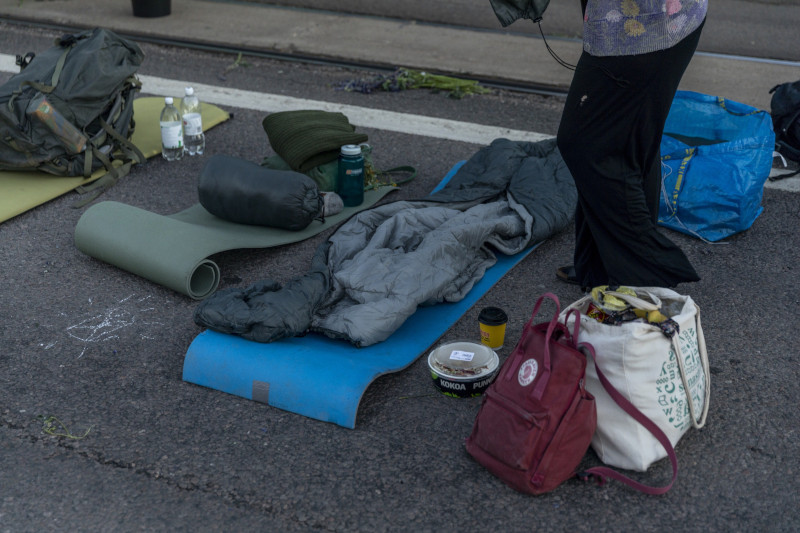 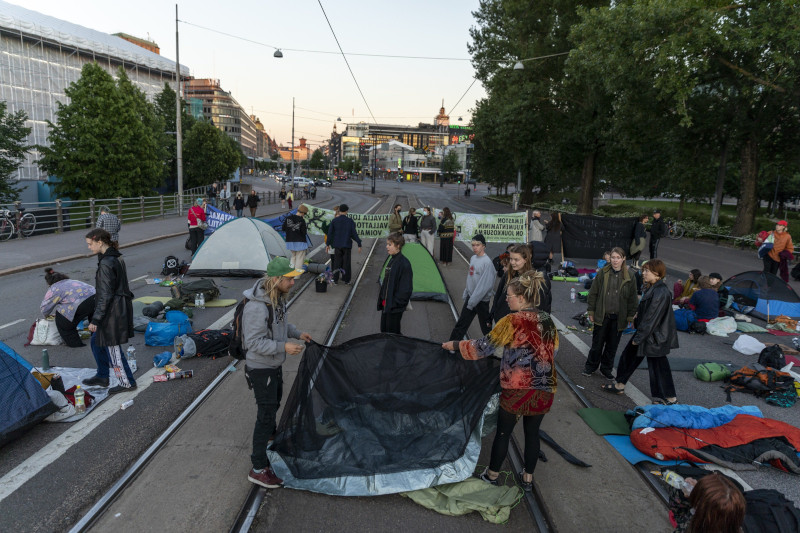 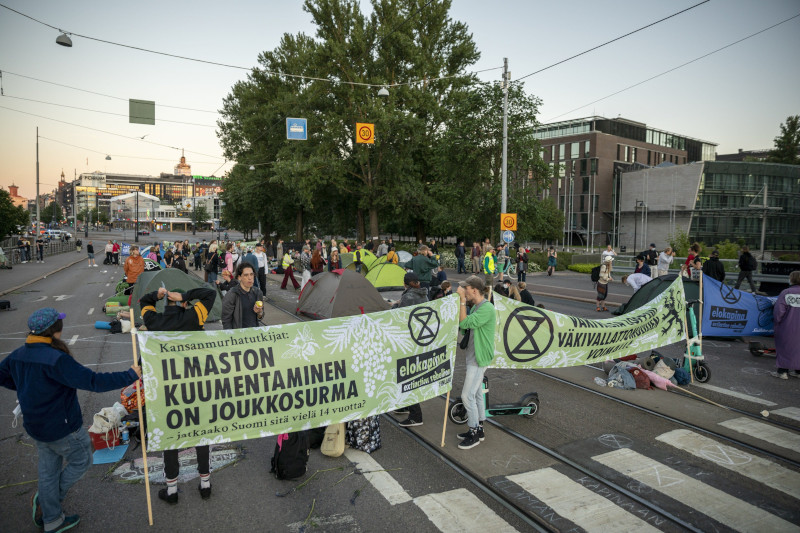 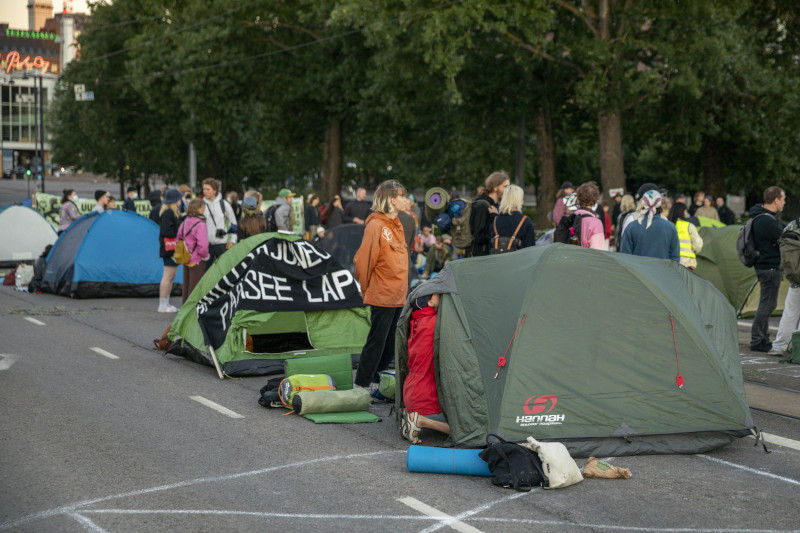 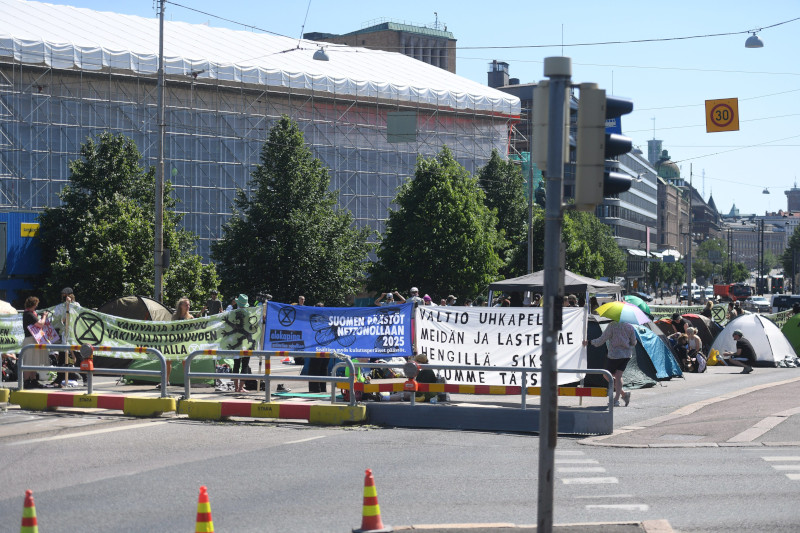 Environmental activists with Extinction Rebellion Finland (Elokapina) have gathered on Mannerheimintie as part of a protest that began on Thursday afternoon but continued overnight till Friday.

Around 120 demonstrators pitched tents and mattresses near the Parliament so they could sleep on the street on Thursday night. Police have been stationed at the spot and are directing the traffic on Mannerheimintie, which is the main thoroughfare in Helsinki.

Protestors have reportedly refused requests from police to shift the demonstration to a safer location. Concrete barricades have been set up at the location to prevent accidents or mishaps.

Demonstrators are urging the government to take action against the current climate crisis by declaring an environmental emergency. They have also called for Finland to bring the deadline for achieving carbon neutrality by 2035 forward by 10 years.

You can see more photos of the demonstration by scrolling through the gallery.