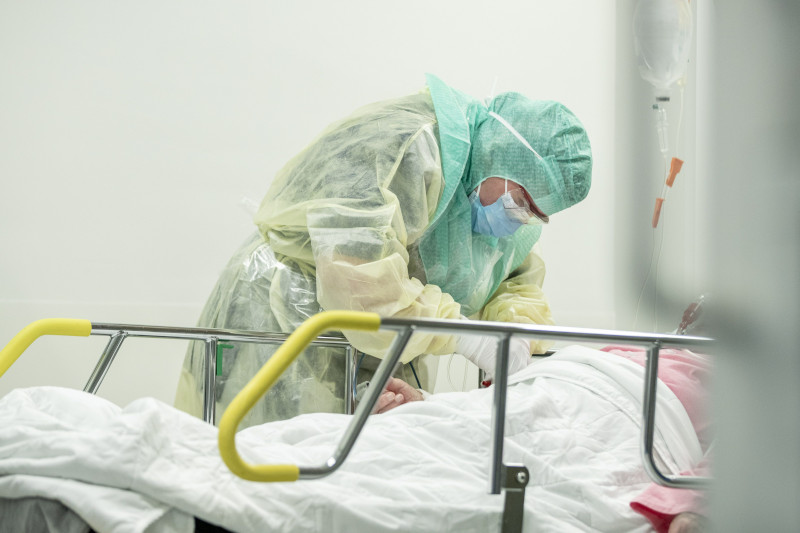 A nurse takes a sample from a COVID-19 patient/Lehtikuva

According to the Union of Health and Social Care Services (Tehy), Finland’s primary trade union for healthcare workers, the acute shortage of nursing staff in Finland has compelled multiple hospitals to cut down the number of vacant beds.

A stressful work environment, low pay and COVID-19 burnout are some of the factors that have driven several healthcare workers to seek employment elsewhere, often leaving the profession for good.

The Hospital District of Helsinki and Uusimaa (HUS) is currently in the process of decreasing the number of vacant patient beds, and has cited the shortage of nurses as a key reason for the same.

Else-Mai Kirvesniemi, advocacy director at Tehy, told MTV that the situation is particularly worrying in the Heart and Lungs Center, which plans to reduce the number of patient beds  by 60 for five months.

HUS has disputed the claim; however, stating that the nursing shortage will result in 30 less vacant beds for a shorter duration than that declared by Tehy. Hospital beds will also be significantly reduced in the orthopaedics ward.

Over the past year, 18 critical care nurses—accounting for 20 per cent of staff strength—have left the intensive care unit at the Heart and Lungs Center. Hospital districts across the country have also been unable to fill current vacancies for nurses due to a lack of applications.