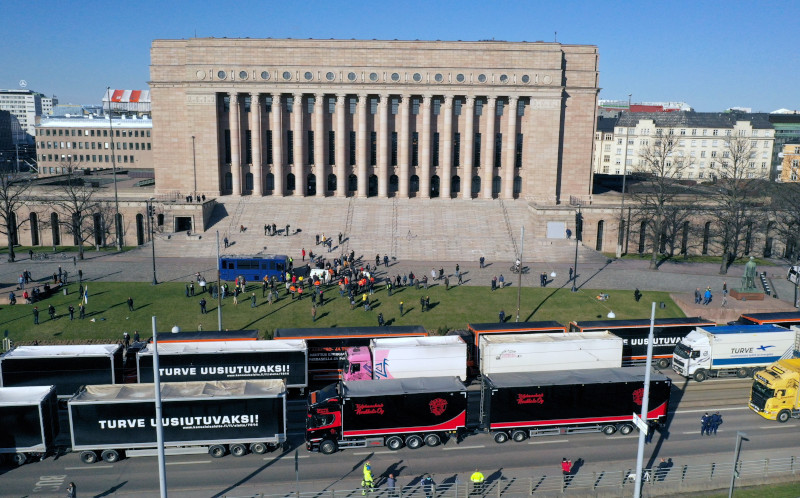 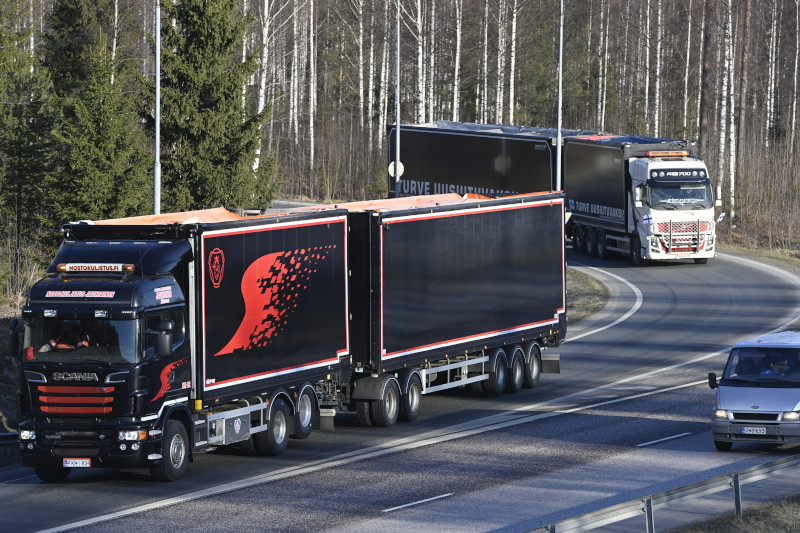 The convoy's journey began from Hyvinkää at 7 am 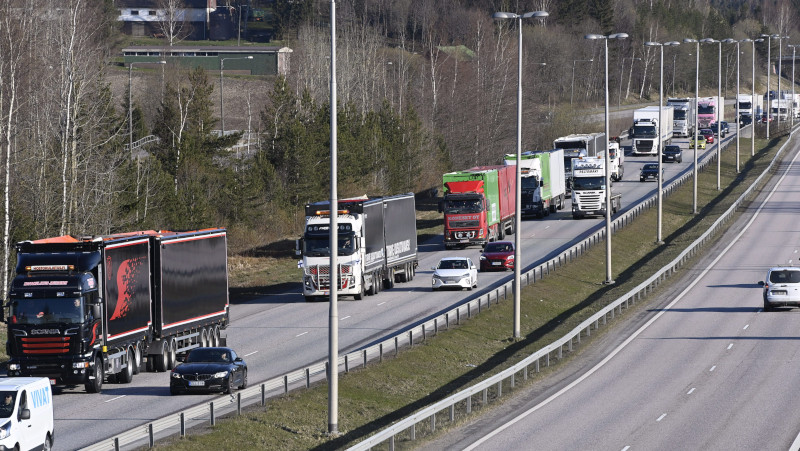 Most of the protest's organisers hail from South Ostrobothnia, a hub for peat production 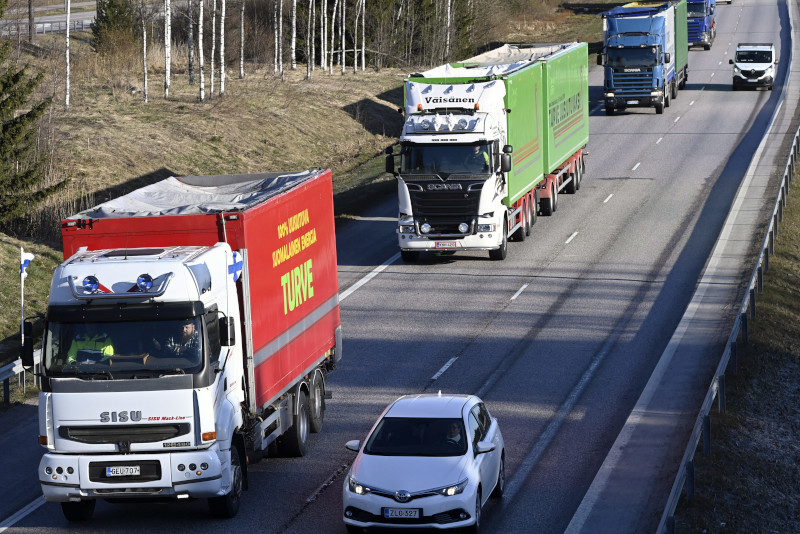 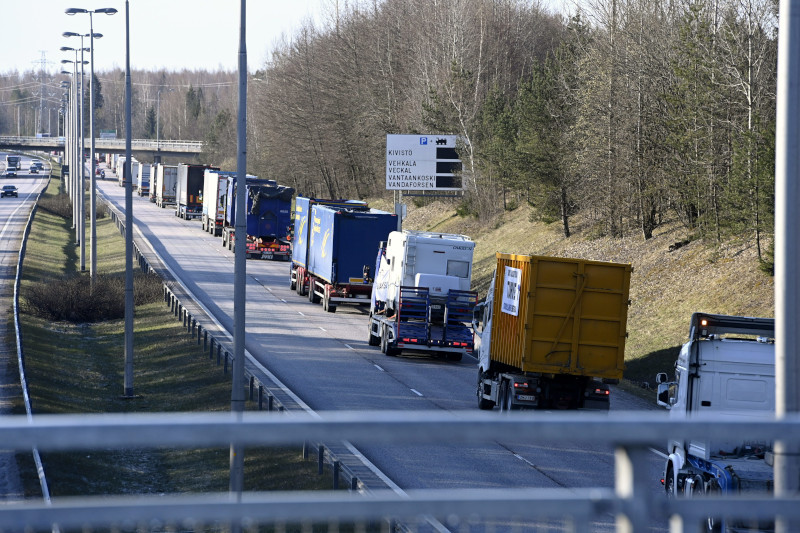 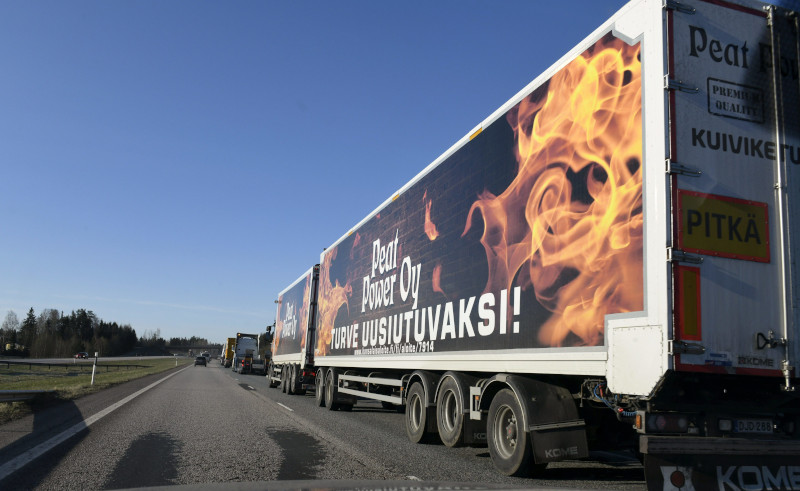 The idea for the protest was reportedly conceived last Autumn 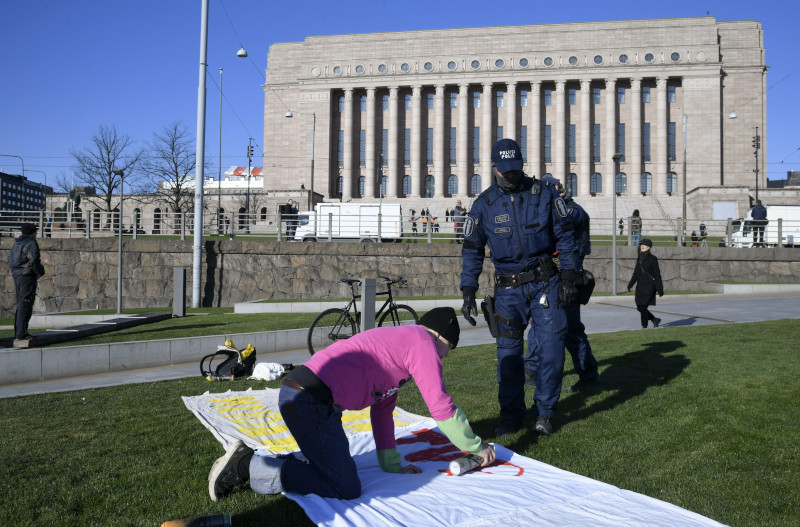 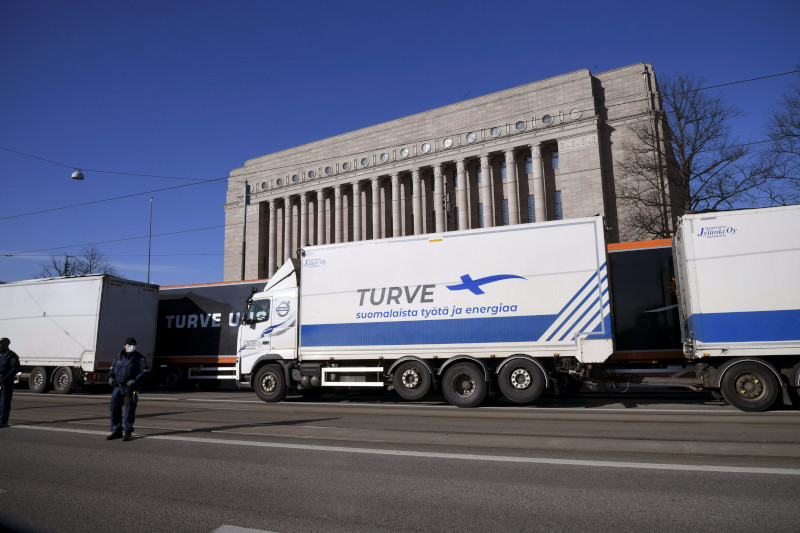 According to Statistics Finland, the consumption of peat dropped by 23 per cent in 2020 compared to the previous year 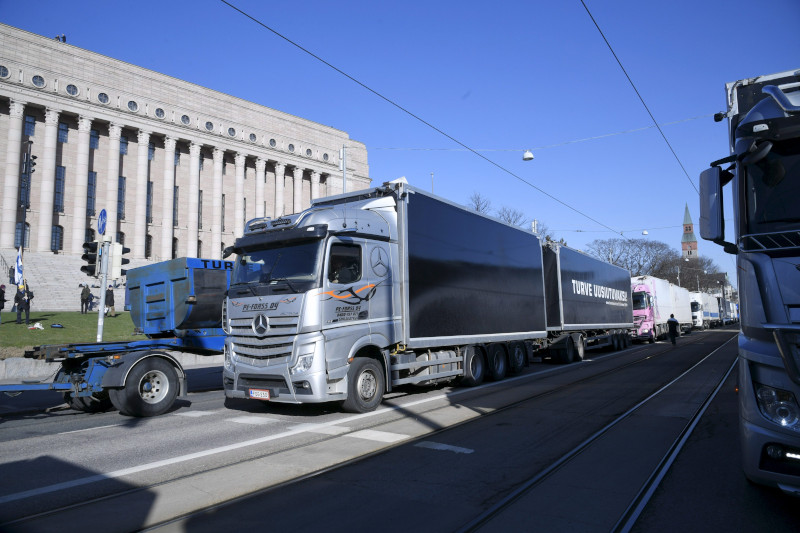 In the latest budget talks, the government reportedly decided to allocate 70 million euros to support peat producers for the next two years 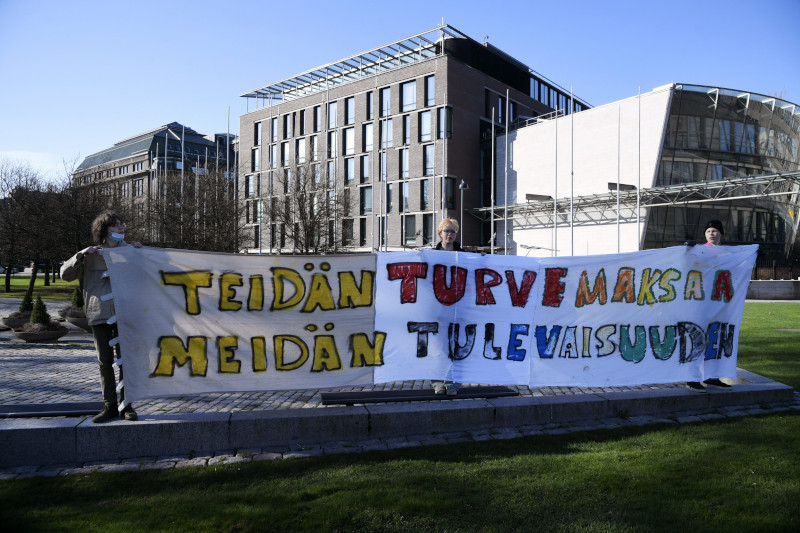 The peat producer's demands have also been outlined in a citizen's initiative, which has received around 11,000 signatures short of the required 50,000 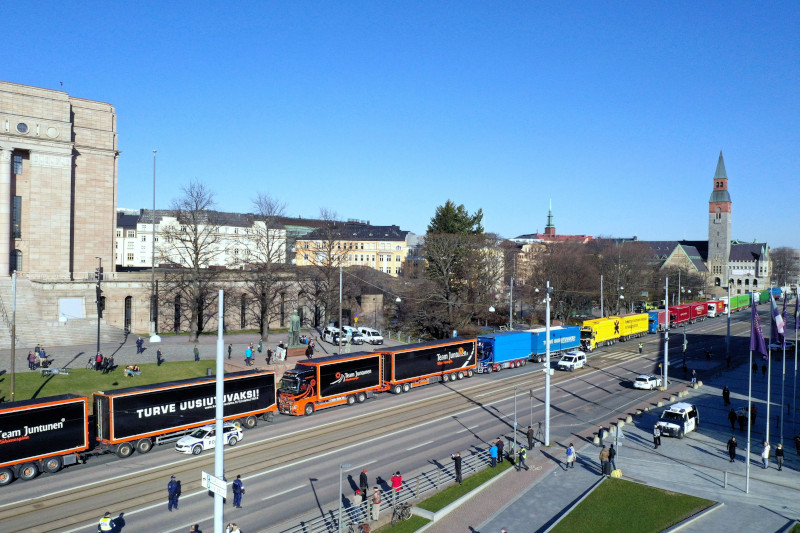 According to the Bioenergy Association of Finland, peat production and transport employs around 1,700 people in the country
Previous Next

A convoy of around a hundred trucks made its way to the Parliament House in Helsinki today as peat producers protested the government’s programme to cut emissions, which has led to a steady decline in the use of peat as an energy source.

The programme aims to reduce greenhouse gas emissions by cutting the use of peat by half by 2030. Peat producers have declared the financial aid package the plan offers to businesses that rely on the fossil fuel to be insufficient and demand that peat be reclassified as a renewable resource.

The truck convoy, which set off from Hyvinkää at 7 am and included vehicles from as far as Rovaniemi in Lapland, caused significant disruptions as it blocked traffic in front of the Parliament.

You can see more photos of the protest by scrolling through the gallery.