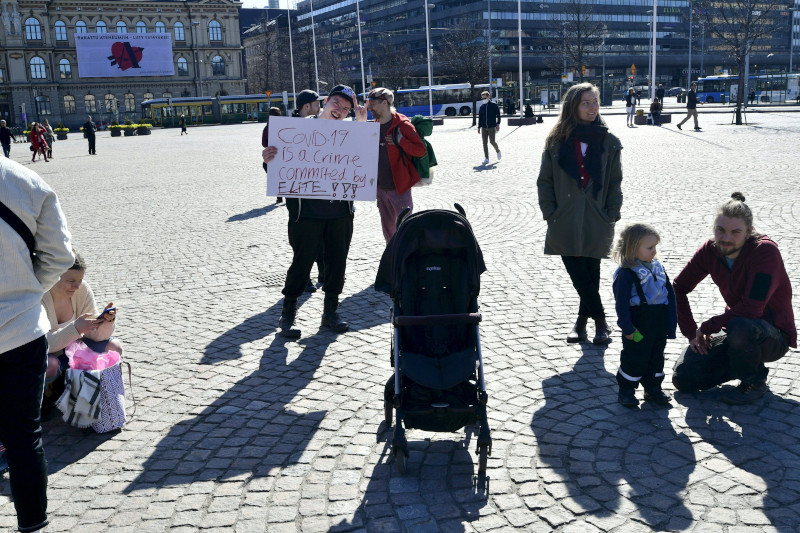 Protestors gathered at separate demonstrations at the Senate Square and the Helsinki Central Station on Sunday afternoon. The former, which did not acquire the necessary permissions from police and was subsequently deemed illegal, had around 200–300 people.

Current restrictions prohibit gatherings of more than six people. The demonstrators planned to march from the Senate Square towards the Parliament and onwards to the Helsinki Central Station, but were prevented from doing so after police intervened and closed off the street at Aleksanterinkatu.

Despite being diverted to the Esplanade park; however, several participants continued along their march, ignoring police orders to disperse.

Police were also compelled to halt the pre-approved demonstration already taking place at the Helsinki Central Station after some protestors from the illegal demonstration joined in. Of the 17 people that were arrested, 16 have received fines for disobeying police orders.