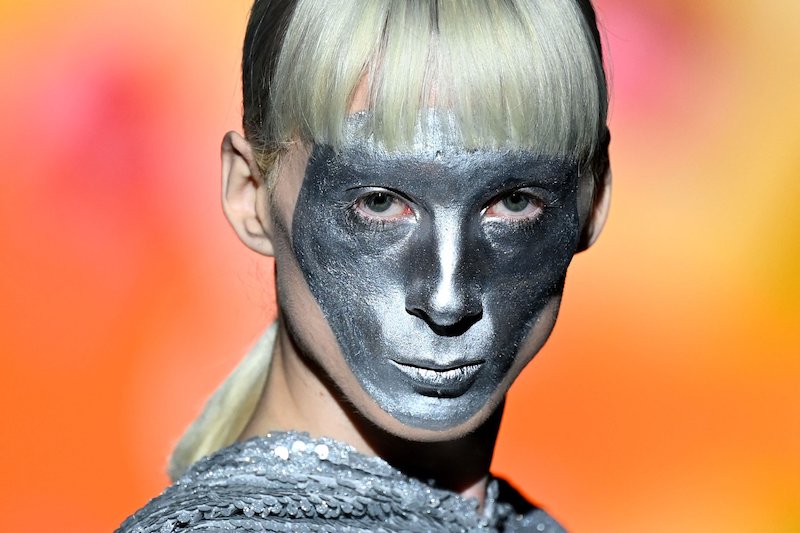 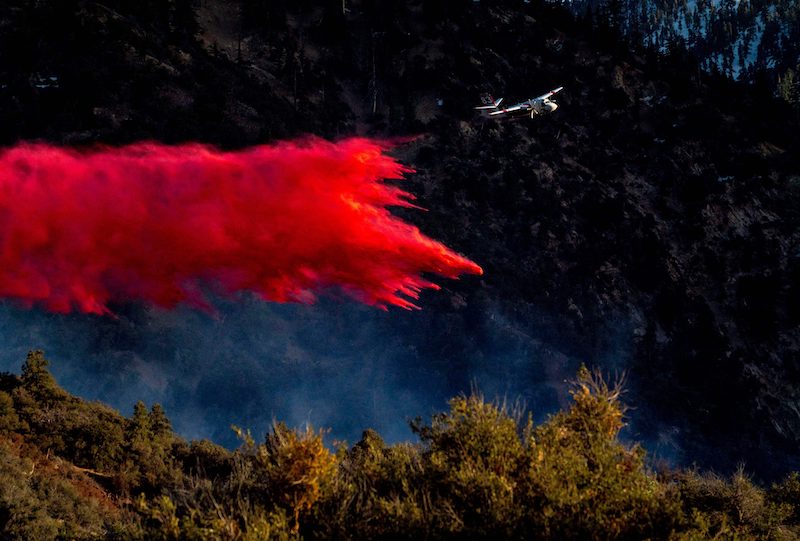 An airplane drops fire retardant on the Springs Fire as it burns along a hillside in the Angeles National Forest in Valyermo, California, April 5, 2021. LEHTIKUVA / AFP

A woman wearing a face mask carries her dog walking in the center of the Ukrainian capital of Kiev on April 5, 2021. LEHTIKUVA / AFP 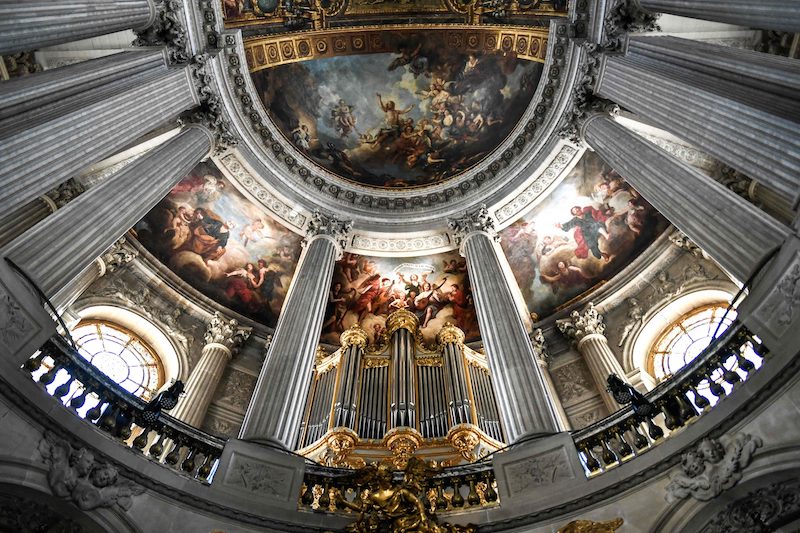 A picture taken on April 6, 2021 shows the organ and the ceiling inside of the Royal Chapel after its renovation at the Chateau de Versailles (Palace of Versailles) in Versailles, in the outskirts of Paris. LEHTIKUVA / AFP 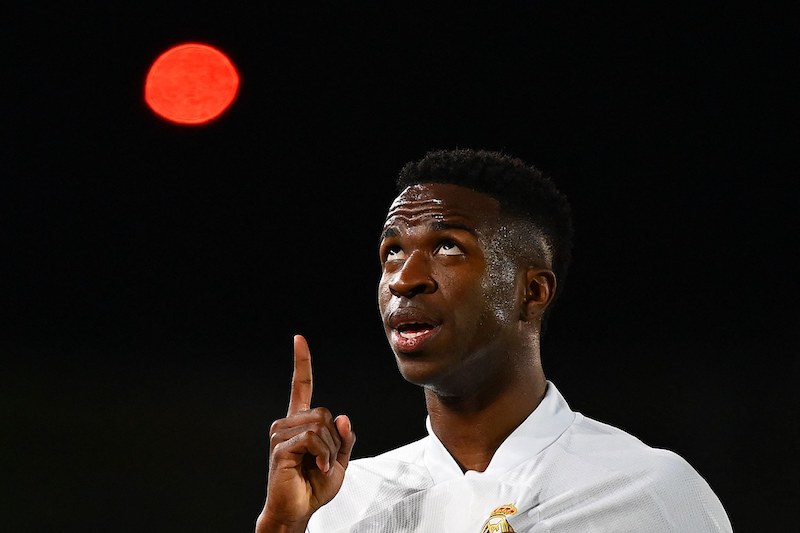 Real Madrid's Brazilian forward Vinicius Junior celebrates after scoring a goal during the UEFA Champions League first leg quarter-final football match between Real Madrid and Liverpool at the Alfredo di Stefano stadium in Valdebebas in the outskirts of Madrid on April 6, 2021. LEHTIKUVA / AFP 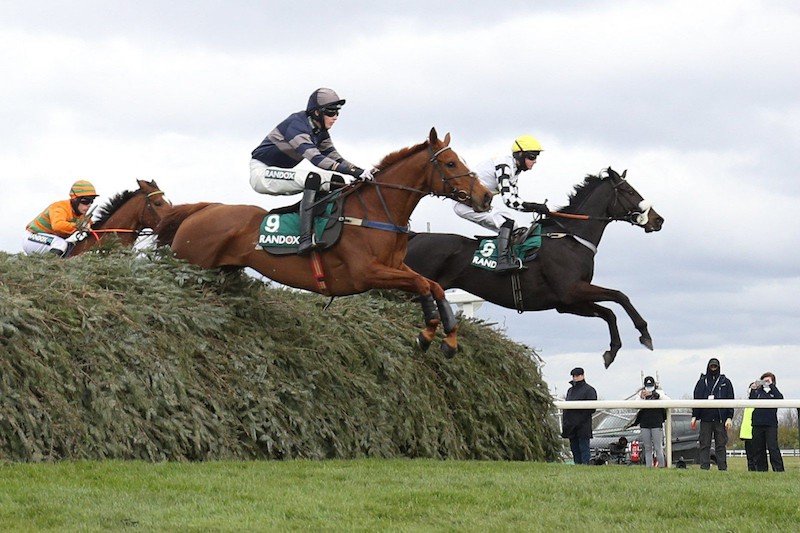 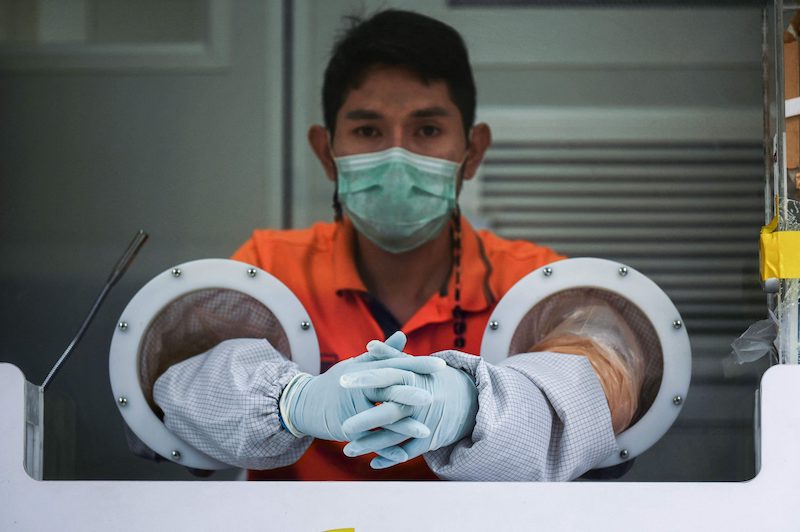 A medical personnel waits inside a mobile testing unit for residents, during a campaign to contain the spread of Covid-19 coronavirus cluster traced to entertainment venues, at a testing centre in Thonglor in Bangkok on April 8, 2021. LEHTIKUVA / AFP 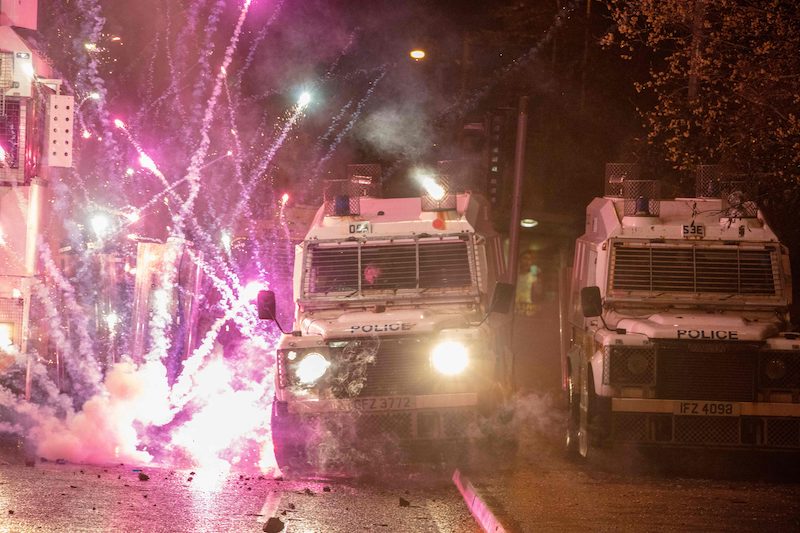 Fireworks explode on police vehicles after being fired at police officers during clashes with nationalist youths in the Springfield Road area of Belfast on April 8, 2021. LEHTIKUVA / AFP 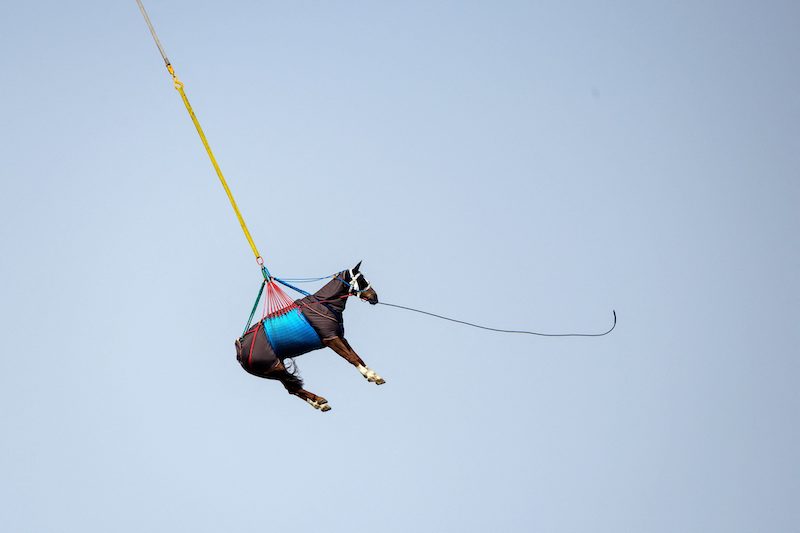 A picture taken on April 9, 2021 in Saignelegier shows a horse being airlifted during a test by Swiss army forces on hoisting horses with a helicopter. LEHTIKUVA / AFP

View of a Christ statue being built in Encantado, Rio Grande do Sul state, Brazil, on April 09, 2021. - The Christ the Protector statue under construction in Encantado will be larger than Rio de Janeiro's Christ the Redeemer and the third-largest in the world. LEHTIKUVA / AFP 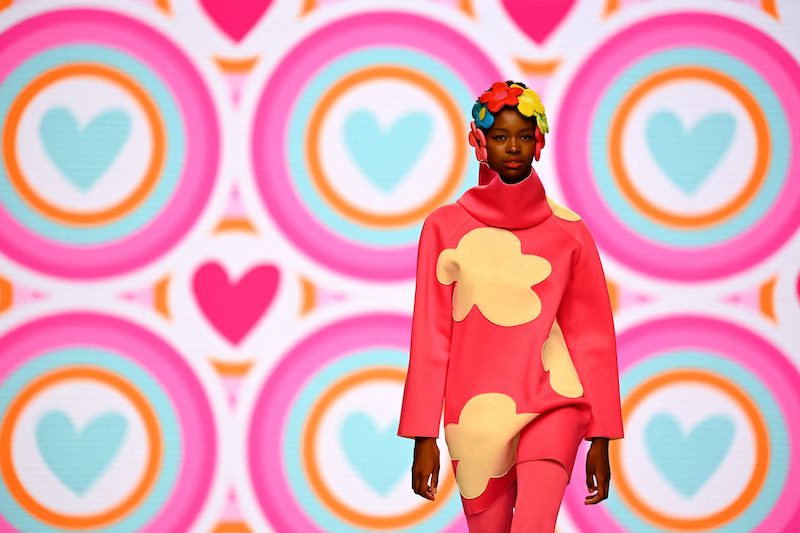 The white Bengal tiger (Panthera tigris) Rhiano, who was born 14 years at the the now dismantled Buenos Aires zoo, in the Argentine capital, as it begins a journey to a sanctuary in Canada in a fitted cage on April 10, 2021. LEHTIKUVA / AFP 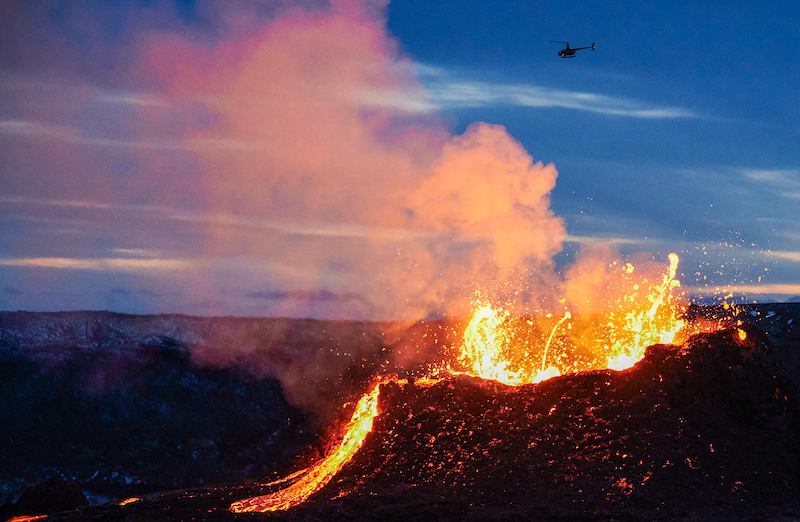 A helicopter flies near above the lava flowing from a fissure near the Fagradalsfjall on the Reykjanes Peninsula in Iceland on ,April 6, 2021. LEHTIKUVA / AFP
Previous Next

The most eye-catching news images of this week, from all around the world.