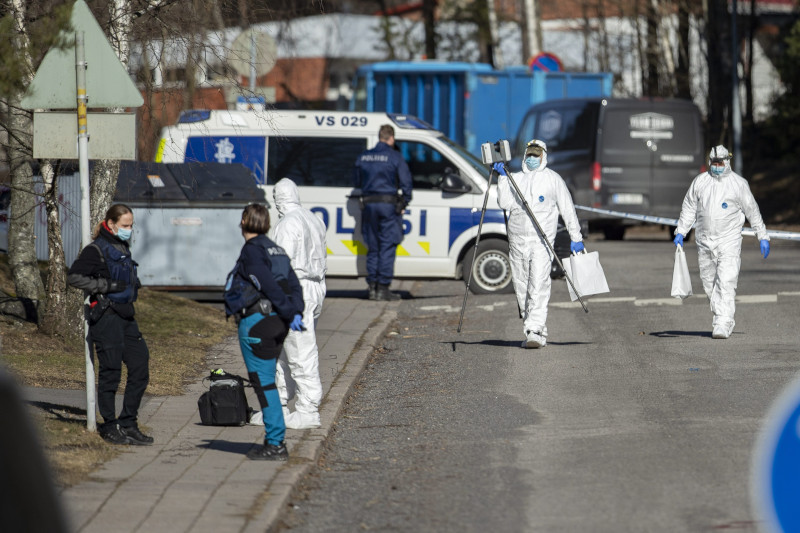 Police investigate a crime scene in Perno, Turku, where two people were shot dead on Saturday/Lehtikuva

Finnish police had their hands full over the Easter weekend as they received significantly more emergency calls this year compared to the same time last year, particularly in Southwest Finland.

Ilta-Sanomat reports that police responded to a total of 1,566 emergency calls in Southwest Finland and Satakunta (Western Finland) between Thursday and Monday.

The former accounted for two-thirds of these calls, which includes a suspected double murder that took place in Perno, Turku on Saturday morning.

The total number of emergency calls received by police during the same period last year was 1,163. There were 166 reports of domestic disturbance, including noise and incidents of violence, during Easter 2020. The number rose to 199 this year.

A total of 25 drug-related offences was reported in Turku and its surrounding areas this year. Two-thirds of the suspects were allegedly first-time drug users.

Police were also called to break up numerous private Easter celebrations that failed to comply with current social distancing regulations, including two gatherings of around 40 people each in Espoo.

Additionally, rescue operations had to be conducted in at least three separate incidents when people fell through thin ice in Helsinki and the Kymenlaakso region. Road and snowmobile accidents also resulted in multiple fatalities over the weekend.