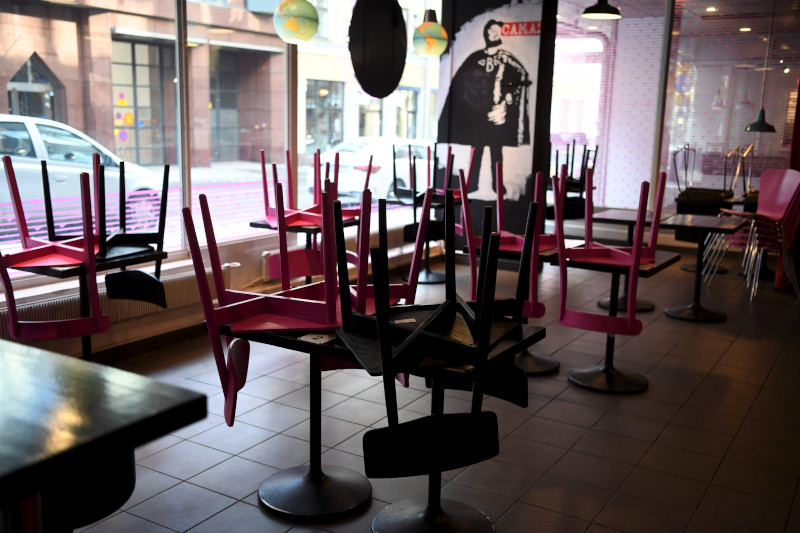 The government has adopted more rigid measures to tackle the virus, including temporarily shutting down restaurants/Lehtikuva

A new survey by Yle indicates that a majority of Finns support the government’s proposed restrictions on movement within areas that have been worst hit by the COVID-19 virus.

In other news, the latest data from Statistics Finland has revealed that the number of unemployed people in the country increased by 35,000 this February, compared to the same time last year.

Most Finns approve of proposed restrictions on movement

The results of a new survey by Yle indicate that the majority of people living in Finland approve of the government’s plan to impose regulations that restrict freedom of movement as a means of curbing the spread of the COVID- 19 virus.

Nearly three out of four respondents or 72 per cent said they supported the introduction of the new measures, while 23 per cent were opposed to them and six per cent were unsure.

The proposed regulations will be implemented in the Greater Helsinki city region and Turku— the areas with the highest number of COVID-19 infections—and are currently awaiting approval from the parliament.

Unemployment in Finland on the rise

According to the organisation’s Labour Force Survey, there were 35,000 more unemployed people in the country this February than the same month last year.

The number of employed people fell by 6,000 in February, 2021 compared to one year ago. Additionally, the unemployment rate rose from 6.9 per cent last February to 8.1 per cent this year.