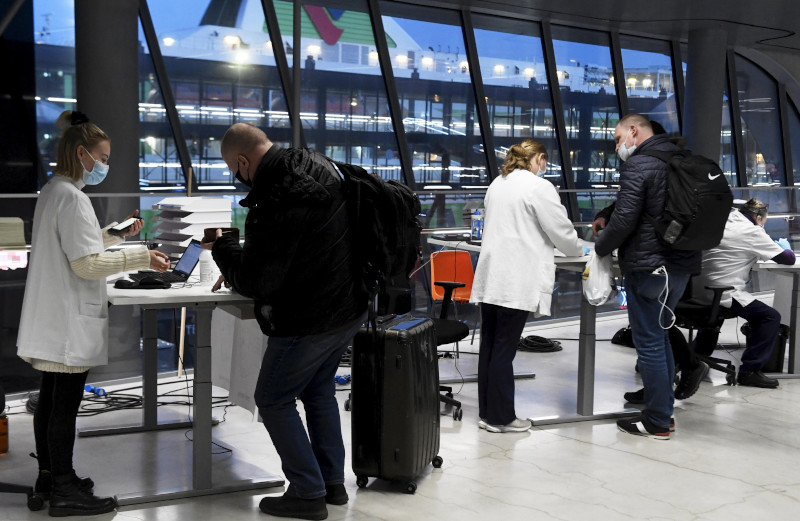 Passengers arriving in Finland from Estonia at West Harbour, Jätkäsaari are given instructions related to coronavirus regulations/Lehtikuva

The Finnish government has tightened entry restrictions since January, which has led to a sharp drop in the number of tourists visiting the country. However, cross-border travel continues unabated, especially between Finland and Estonia.

According to Helsingin Uutiset, the Port of Helsinki saw 10,600 visitors arriving from Estonia alone last week, while the previous week had a hundred more.

Cross-border commuting at the port is still permitted, particularly for essential workers. Non-essential travel is forbidden, even if the foreign national presents the prerequisite proof of a negative coronavirus test result.

As per the Finnish Border Guard, nearly half the travellers arriving from Estonia (45 per cent) last week were logistics workers such as traffic operators, around 15 per cent provided essential services and another 15 per cent were Finnish citizens. The border guard turned back 64 passengers.

Ships travel between the two countries on a daily basis, and Finnish authorities have to coordinate with their Estonian counterparts to facilitate border control. Since January, the Port of Helsinki has received 10,000 to 13,000 visitors on average every week.

Last week, a total of just over 5,200 passengers arrived in Finland via the Helsinki airport from Schengen as well as non-Schengen countries. Almost 35 people were denied entry into the country.

Additionally, Finland’s borders with Sweden and Norway were crossed around 5,700 and 2,400 times respectively, most often by Finns.

According to the Finnish Border Guard, cross-border travel between Finland and the neighbouring countries of Estonia, Sweden and Norway decreased by at least 90 per cent last year.