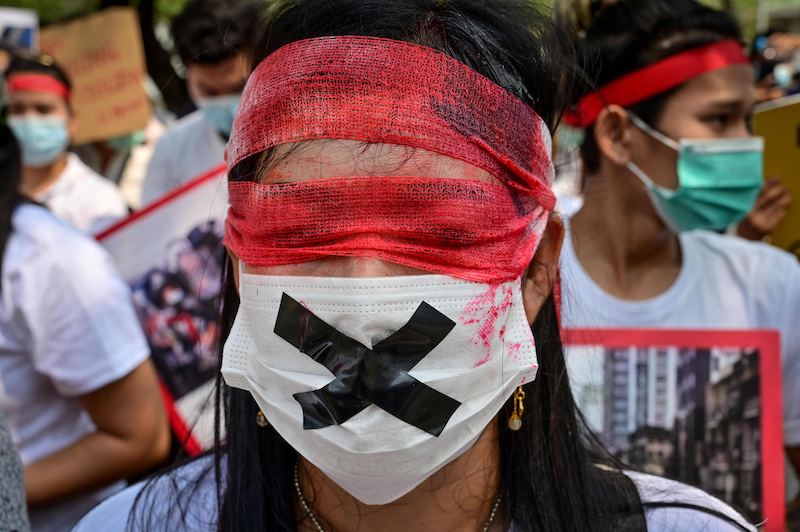 A protester wears a facemask and blindfold as Myanmar migrants in Thailand demonstrate against the military coup in their home country, in front of the United Nations ESCAP building in Bangkok on February 22, 2021. LEHTIKUVA / AFP 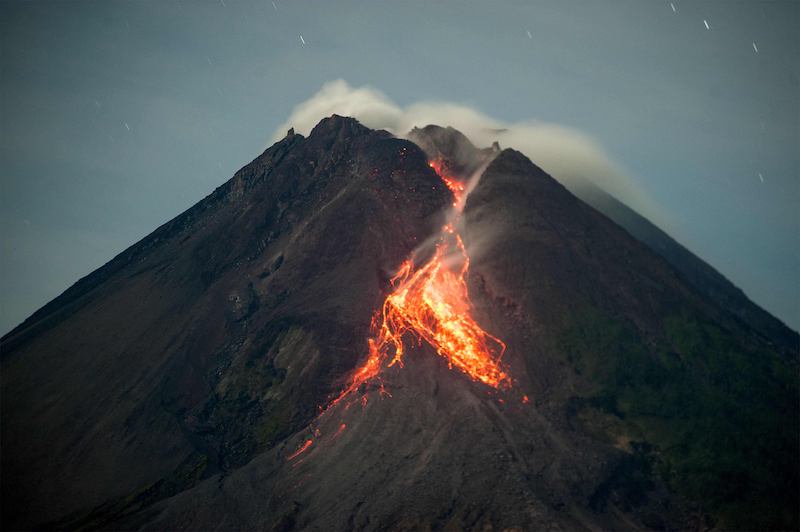 Lava flows from the crater of Mount Merapi as seen from Tunggularum, in Yogyakarta on February 23, 2021. 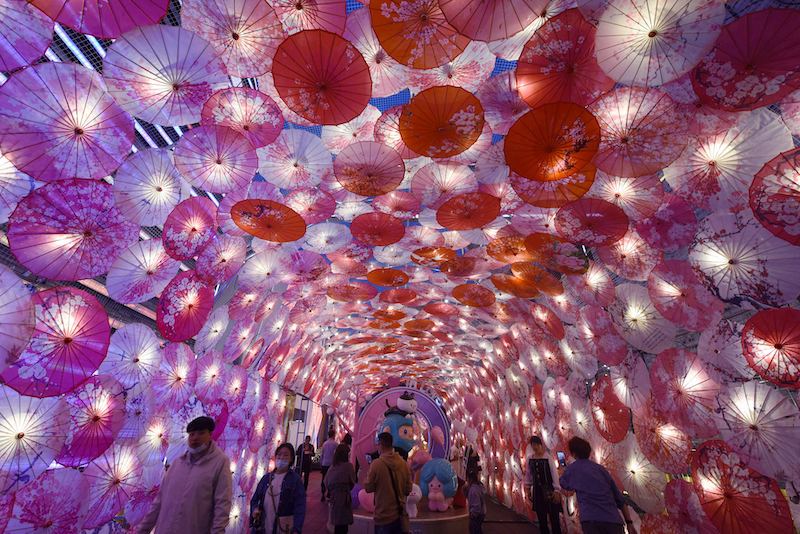 This photo taken on February 22, 2021 shows people walking past a display of umbrellas decorated with lights for the upcoming Lantern Festival on a commercial street in Hangzhou, in eastern China's Zhejiang province. 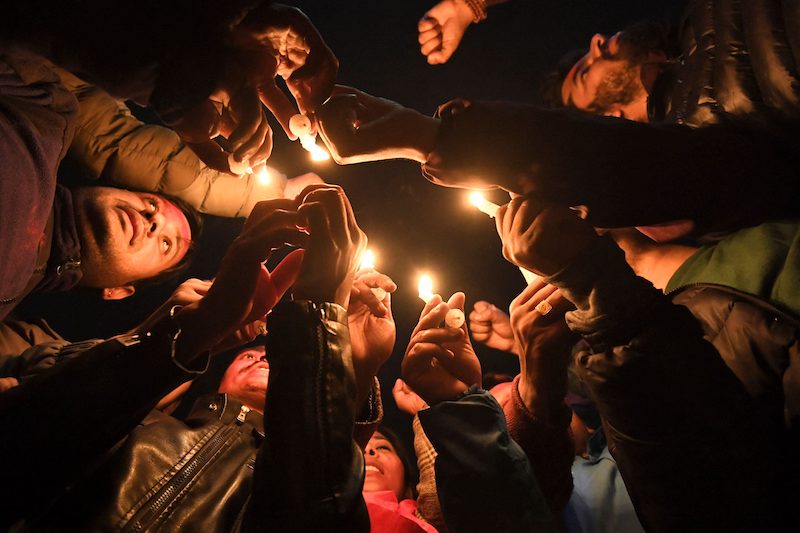 Supporters of a faction of the ruling Nepal Communist Party (NCP) hold a candlelight vigil to celebrate the Supreme's Court ruling to overturn the prime minister's decision to dissolve parliament, in Kathmandu on February 23, 2021. 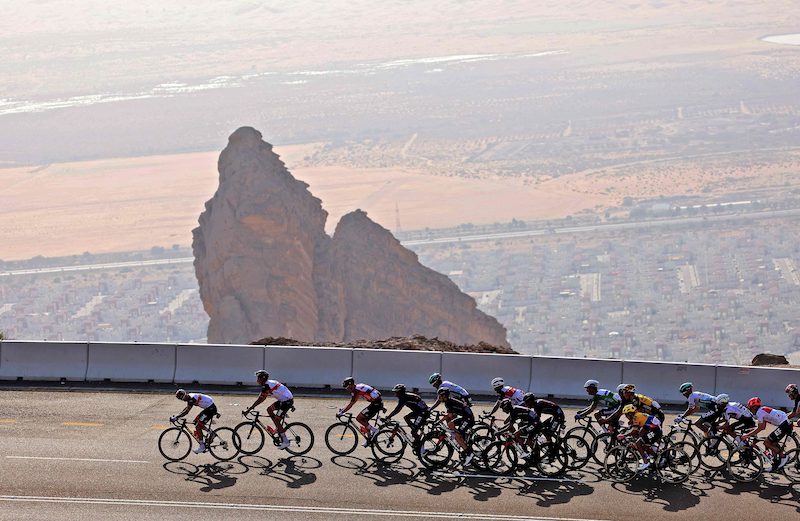 The pack rides during the third stage of the UAE Cycling Tour from Al Ain to Jebel Hafeet on February 23, 2021. 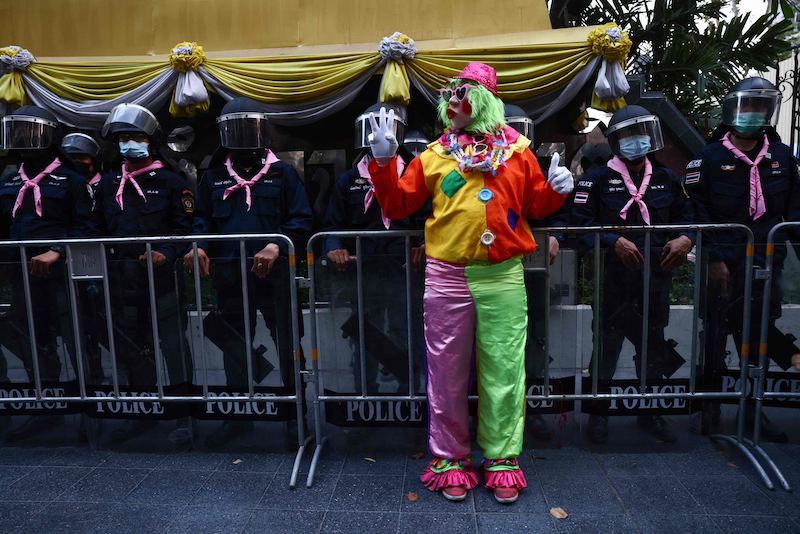 A protester dressed as a clown stands in front of police standing guard at their headquarters during a demonstration against police and government corruption in Bangkok on February 23, 2021. 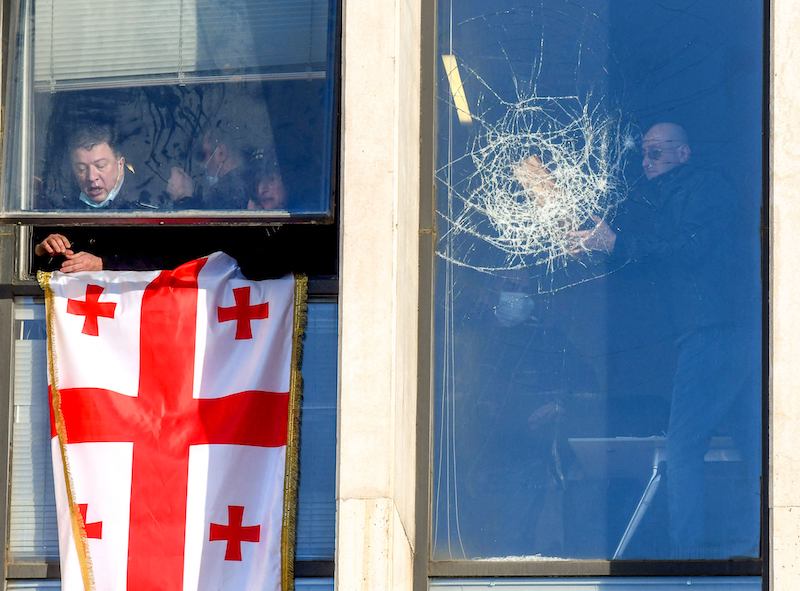 Georgian opposition supporters of the United National Movement (UNM) are seen behind a window of the UNM's headquarters as the police raids the building in Tbilisi on February 23, 2021. 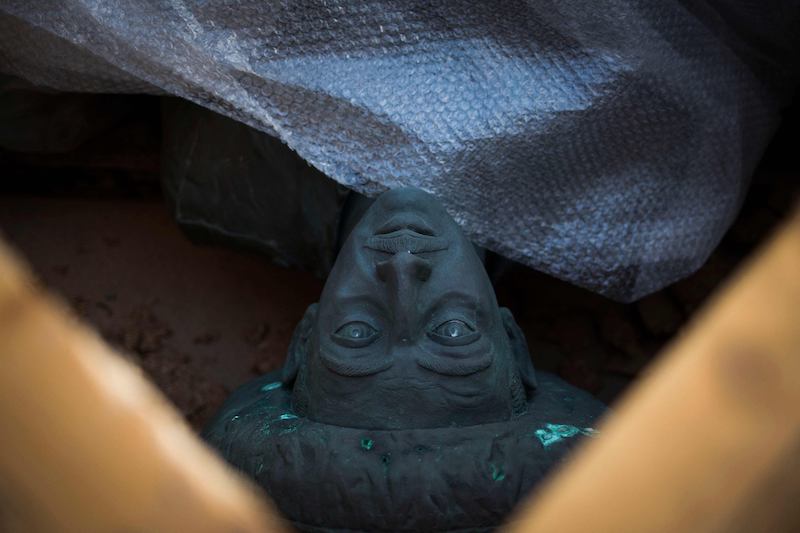 A handout picture released by the regional government of Melilla shows a statue of former Spanish dictator General Francisco Franco being packed in a box after being removed in Melilla on February 23, 2021. 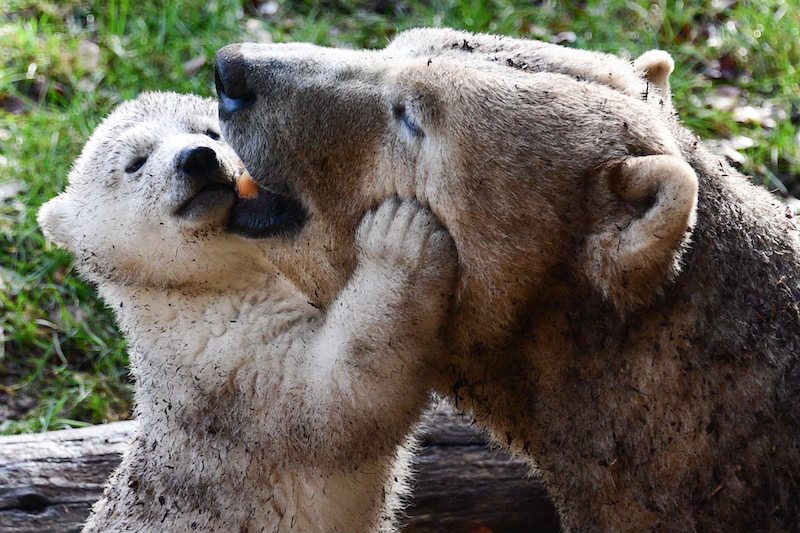 A polar bear named Sessi and its cub, Kara, are seen in their enclosure at the Zoological and Botanical park in Mulhouse, eastern France, on February 25, 2021. 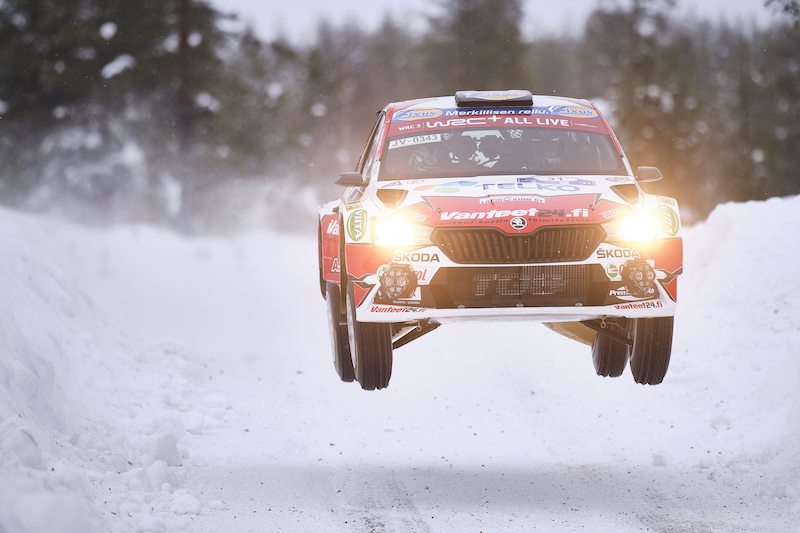 Emil Lindholm of Finland and his co-driver Mikael Korhonen of Finland steer their Skoda Fabia Evo car during the first stage of the FIA WRC Arctic Lapland Rally in Rovaniemi, Finland, on February 26, 2021. 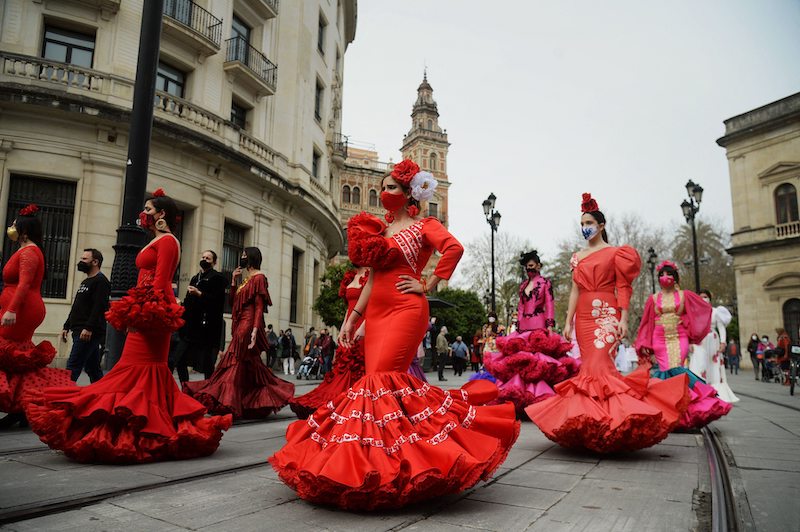 Women dressed in flamenco dresses march during a protest to shed light on the difficulties the flamenco fashion sector is facing over coronavirus restrictions, in Seville on February 26, 2021. 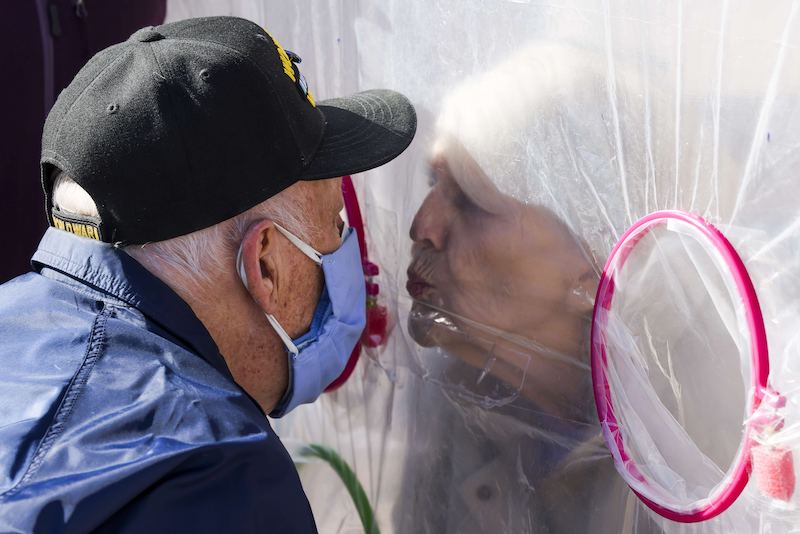 Betty Van Putten (R) moves in to kiss her husband, Stan Van Putten, through a hug tent at the Crossroads Senior Living community on February 26, 2021 in Lakewood, Colorado.
Previous Next

A collection of this weeks most interesting and eye-catching pictures, from all around the world.