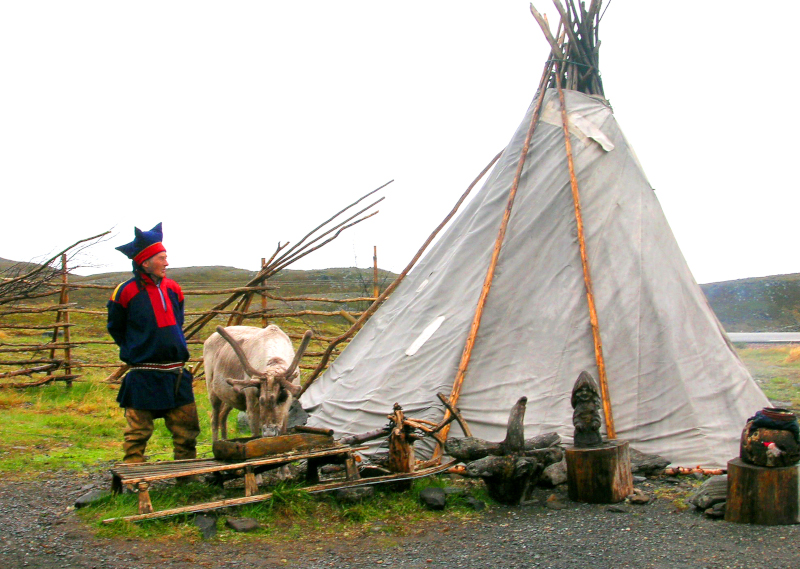 A pasta dish conceptualised by a Finnish food blogger made waves this week when it went viral on the popular video sharing platform TikTok.

“Uunifetapasta,” as it is known in Finnish, involves baking a mixture of tomatoes, olive oil and an entire block of feta cheese in the oven, adding in other ingredients, along with the pasta, once it has fully melted.

The trend first gained traction on Instagram, and became such a craze in Finland that it led to a feta shortage in grocery stores due to high demand.

Finland was also in the spotlight this week for its efforts to make tourism more responsible and ethical, especially with regard to the indigenous Sámi people.

Despite becoming inextricably linked with Lapland tourism, dog sledding is not an authentic part of  Sámi or Finnish culture and often causes problems for Sámi reindeer herders.

The Sámi parliament in Finland is working towards dismantling the inaccurate stereotypes and representations of indigenous peoples associated with tourism marketing.

The Finnish population’s positive attitude towards vaccination also made the news. Finland ranked fourth in the 2020 Vaccine Confidence Project report of Europe and the UK—a survey that measured countries’ willingness to take the COVID- 19 vaccine.

Despite a negative experience with vaccines—in particular a swine flu vaccine that caused narcolepsy in children in 2010—transparency and open communication on the part of health agencies has led to high vaccine confidence in the country.

International outlets also covered a new electrofuel (e-fuel) research project by a consortium of Finnish firms that will enable decreased use of crude oil in transport.

The project, which has received state funding, is aimed at developing a breakthrough in synthetic fuel by using gas-to-liquid (GTL) technology.

In other news, the Finnish Heritage Agency has proposed 13 buildings designed by renowned Finnish architect Alvar Aalto for the UNESCO World Heritage List.

The agency has stated that each of the sites conforms to the requirements for Outstanding Universal Values (OUV), a prerequisite for being considered for the list.

A baked feta pasta recipe which dates back to a 2019 post by Finnish food blogger Jenni Häyrinen has become a popular trend on TikTok.

The simple recipe, known as “Uunifetapasta,” calls for baking tomatoes seasoned with olive oil, salt and pepper in a covered baking dish with a block of feta cheese in the centre. Once the feta has melted, you add garlic, basil and red pepper flakes and mix in the pasta.

Google searches for the cheesy concoction have shot up over the past few days. The dish has become a huge hit in Finland and elsewhere, with celebrities like Gwyneth Paltrow joining the bandwagon with their own versions of the pasta.

Arctic tourism in Finland has become synonymous with traditionally dressed Sámi, so-called baptism rituals and dog sledding, all of which are rooted in misrepresentation and inaccuracy.

The inauthentic depiction of Sámi culture in tourism marketing dates back to the mid-20th century, when Finnish Lapland first became a popular skiing destination.

Locals in Sápmi and independent researchers in the country are coming forward to protect the rights of indigineous people and prevent intrusive behaviour from tourists through measures such as the Culturally Sensitive Tourism in the Arctic (ARCTISEN) project and Principles for Responsible and Ethically Sustainable Sámi Tourism (a set of guidelines adopted by the  Sámi Parliament in 2018).

Original story was published by National Geographic on 03.02.2021 and can be found here.

Public attitudes towards vaccines in Europe appear to be far from positive, with residents in Poland, France and Hungary indicating low willingness to get the jab against COVID- 19.

Finland, however, has registered a vaccine confidence of 68%, one of the highest in the continent. This is surprising when considering the country’s past experiences with vaccines, and reflects the strength of public trust in health agencies like THL.

The country began rolling out the Pandemrix vaccine against swine flu in 2009, which caused a 13-fold increase in (often debilitating) narcolepsy among 4–19 year olds. While Finland’s vaccine confidence did decline at the time, new surveys indicate it has risen since then.

Original story was published by Byline Times on 10.02.2021 and can be found here.

Finnish consortium sets out to conquer the e-fuel market

A group of Finnish companies, which includes ESL Shipping, Helen and ABB, is aiming to commercialise the production of e-fuel using sequestered carbon dioxide and sustainable electricity.

The two-year collaboration project is associated with Neste’s Veturi research programme, which seeks to reduce climate change by developing scalable solutions that decrease the use of crude oil in chemical and transport fuel production.

The Finnish Heritage Agency has recommended 13 structures across Finland designed by modernist Alvar Aalto to be considered for inclusion in the UNESCO World Heritage List.

Original story was published by Architectural Record on 03.02.2021 and can be found here.