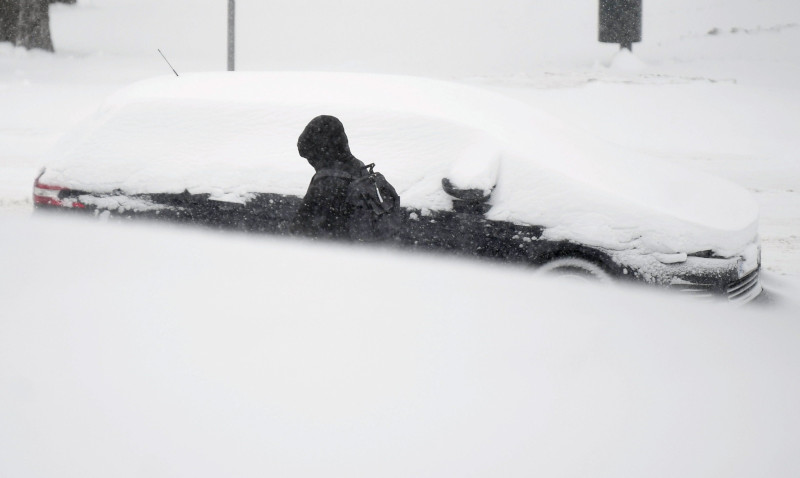 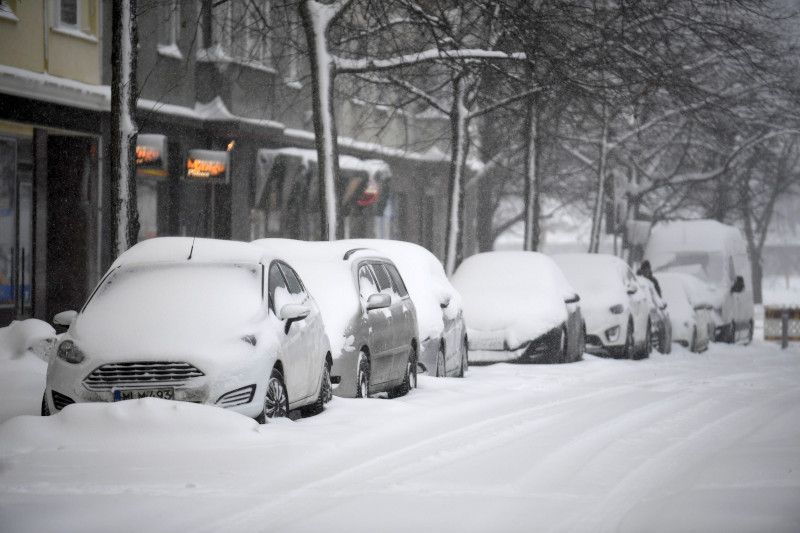 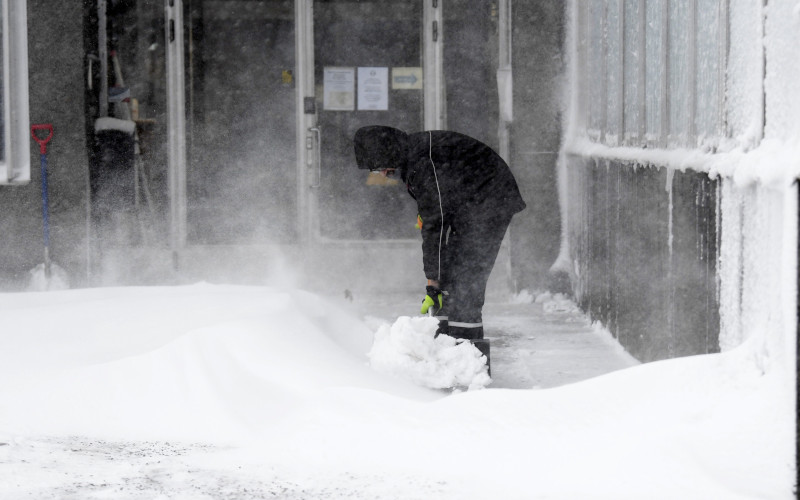 Outside an office building in Kallio 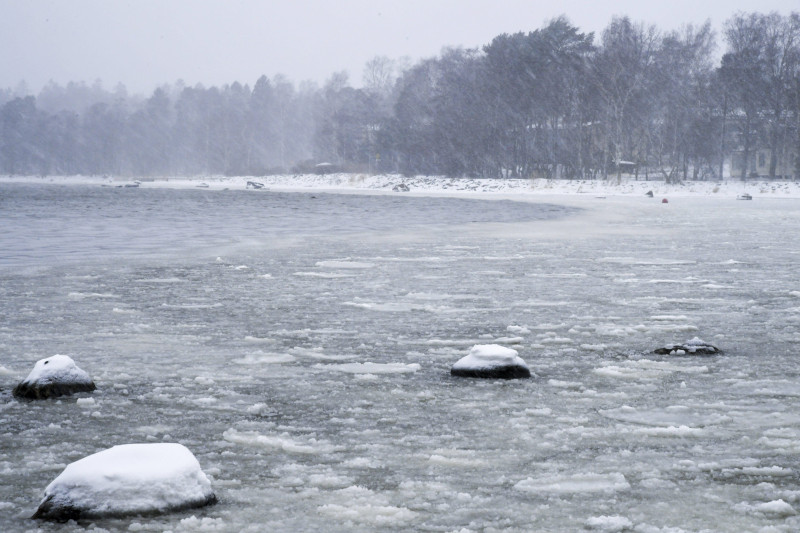 An icy layer covers the sea in Lauttasaari 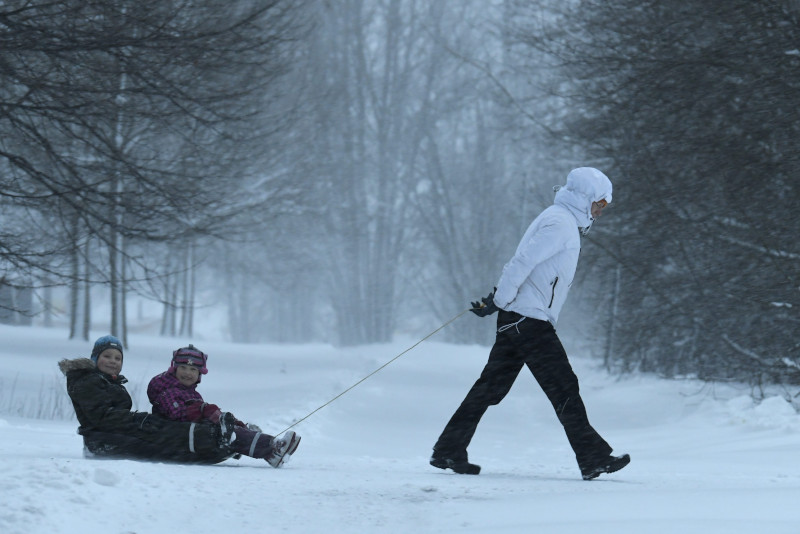 A mother drags her children through the snow with a sled

Tram lines being plowed in Hakaniemi 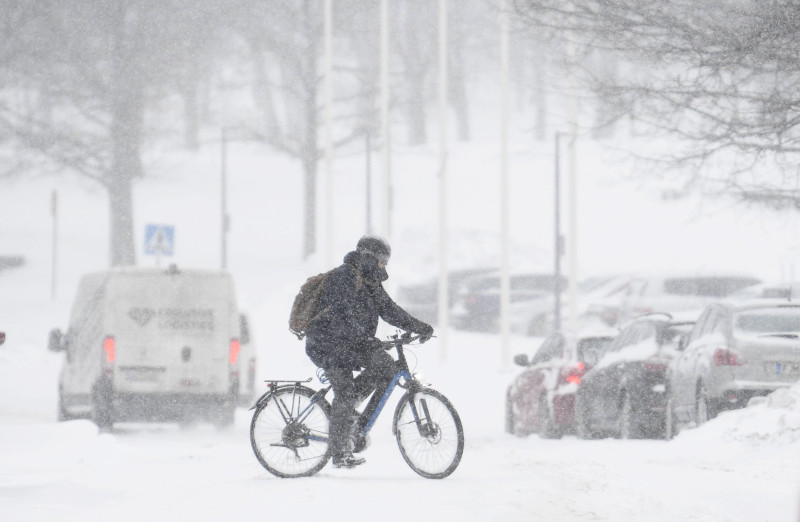 A cyclist braves the weather in Toikoinranta

Pedestrians steel against the wind at the market square 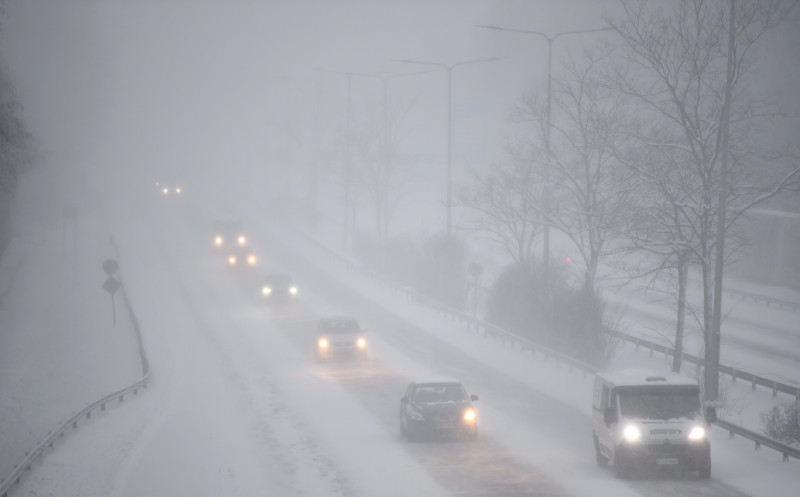 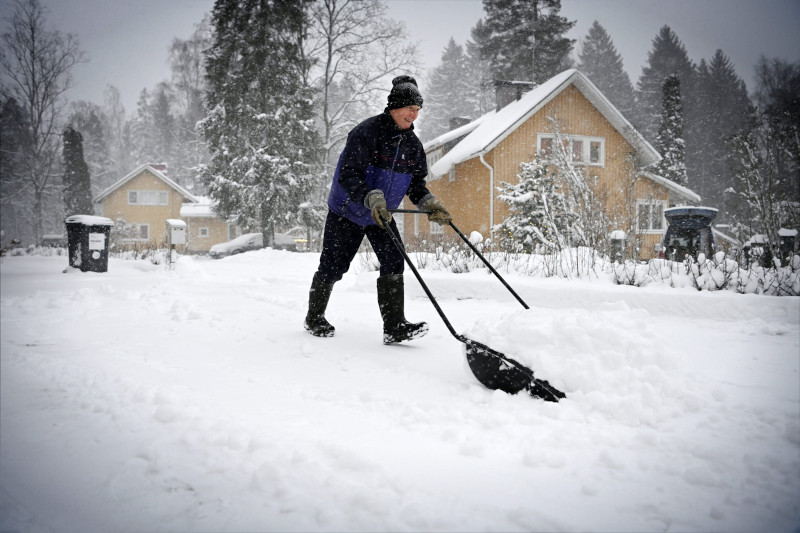 A man clears snow outside a house in Helsinki 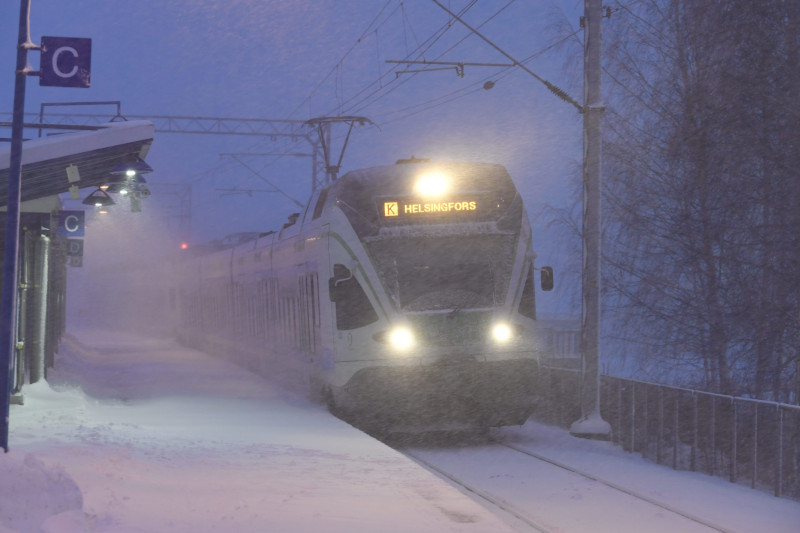 The heavy snowfall is also expected to disrupt train schedules

The Helsinki metropolitan area was hit by a fierce snowstorm on Tuesday, resulting in the region being blanketed by a thick layer of snow. The storm has led to several power outages and dangerous driving conditions in many parts of the country.

Police and rescue services have advised people to remain indoors and avoid driving. Forecasts suggest that the storm will remain in Southern and Western Finland till Wednesday, with heavy snowfall and strong winds expected to continue till then.

Meteorologist Matti Huutonen told Yle that Southern Finland could see as much as 20 centimetres of snow during the day, with winds likely to reach speeds of 20 metres per second in coastal areas.

You can see more photos of the blizzard's impact on the city by scrolling through the gallery.