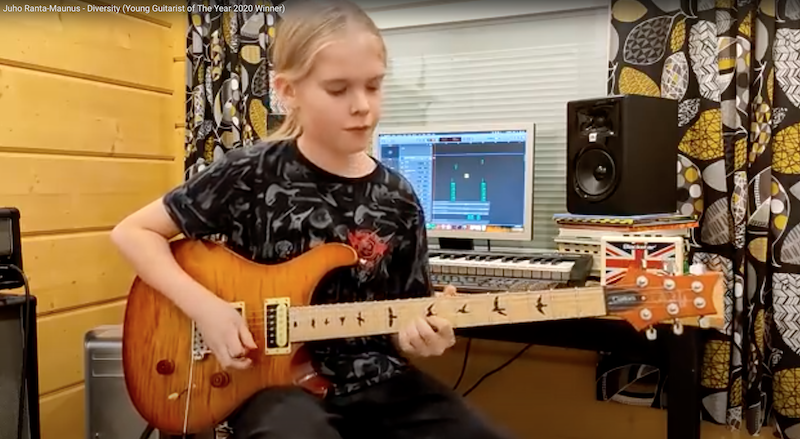 14-year-old Finnish guitar prodigy Juho Ranta-Maunus has won the title of Young Guitarist of the Year 2020 in an annual competition held by music magazine Guitar World. According to the magazine, “young guitarist” was the most hotly contested category this year.

Ranta-Maunus hails from Seinäjoki (South Ostrobothnia) and began playing the guitar at the young age of eight. His playing style is heavily influenced by progressive rock and metal.

Ranta-Maunus’s entry for the competition, titled Diversity, was praised for its display of vibrato and control. The talented teenager is currently studying guitar at the South Ostrobothnia Music Institute in Seinäjoki.

As his prize, Ranta-Maunus will receive a special feature in Guitar World magazine along with the opportunity to shoot a professional performance video. He will also receive a PRS SE Hollowbody II Piezo, an electric guitar worth $1,549 which doubles as an acoustic.

The young guitarist’s winning entry can be found on his YouTube channel here.