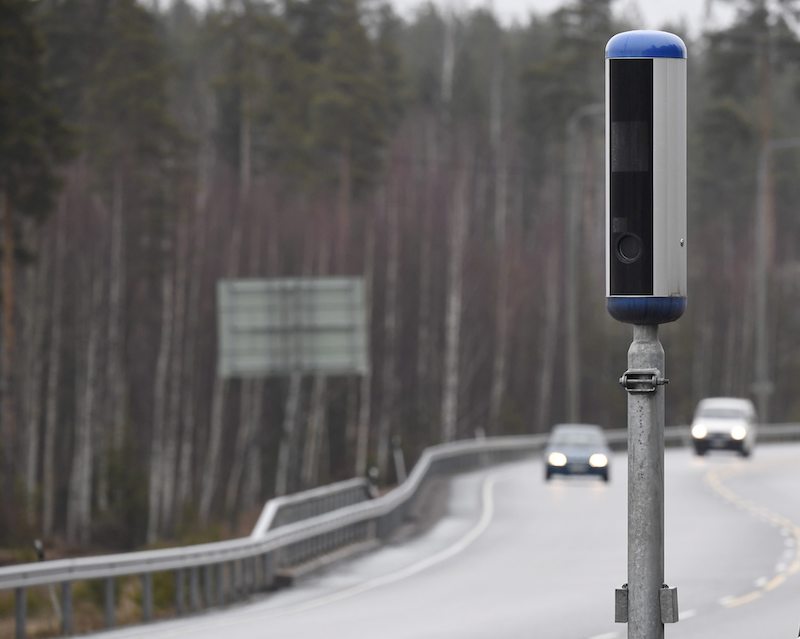 There are around 300 speed cameras in Finland and they take somewhere between 1,000–3,000 pictures of speeding cars every day. In case of traffic violations, cars can be tracked based on number plates; however, the new road traffic act that came into force this year prevents police from taking action against the offending driver without adequate proof of identification.

Inability to identify the driver is common grounds for rejecting cases of speeding and other traffic violations. While distinguishing features such as moles, scars or tattoos make driver identification easier, poor picture quality and darkness are some factors that can interfere with this process. Since the law came to effect half of the pictures have ended up in the trash can as the driver was not identifiable clearly enough.

The recent mask recommendations issued by the government have also added to the identification problem for the traffic police. Traffic cameras across Finland have recorded an increasing number of images where the driver’s face is hidden beyond recognition.

When the mask is worn correctly, it completely covers the mouth and nose, revealing only the wearer’s eyes. This makes it difficult to identify a person based on camera footage.

“If someone wants to drive with a horse head mask or a commando mask on his head, so what,” Dennis Pasterstein, head of Finnish Police traffic safety told the daily Satakunnan Kansa. “Also if a protective face mask is worn correctly, we can’t do anything about it.”

Since the guidelines aimed at preventing the spread of the COVID- 19 virus were issued, one in hundred of photos taken by these surveillance systems have been deemed unusable due to the driver’s face being covered by a protective face mask. The number is certain to increase as more people get to know about the protective effects of face masks against speeding tickets in addition to viruses.