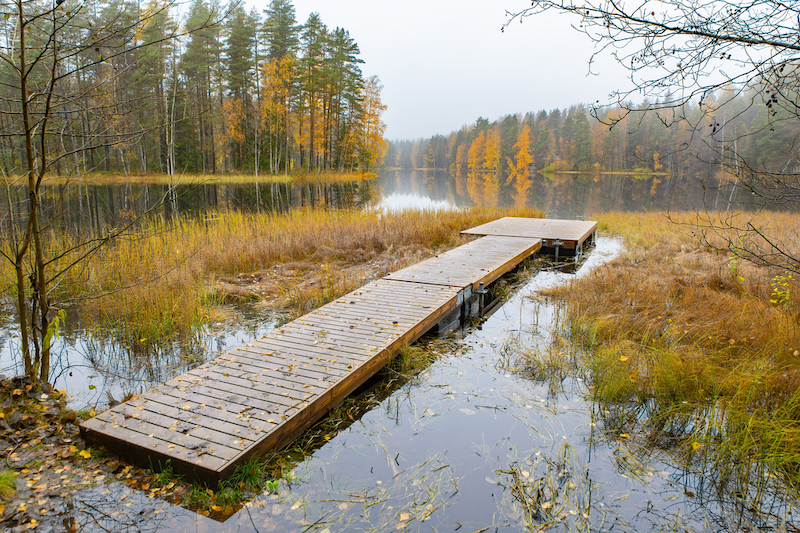 Autumn landscape with wooden jetty, forest and lake in Finland

A DRY WIND is set to descend from the mountains of Norway, bringing unusually warm temperatures to Finland next month.
According to the forecast from Foreca, low pressure will result in steady rainfall and mild weather this week. Temperatures are expected to reach 1-3° C in Lapland and 3-6° C in the South and Central regions.

However, the first week of November is expected to witness a significant shift in temperature when a sharp rise in atmospheric pressure could lead to the creation of a warm, dry wind in the Scandinavian Mountains. This wind, known as a föhn or foehn, will make its way towards Finland, leading to exceptionally temperate and sunny weather in the country.

The strongest effects of the föhn, which is often likened to a natural hairdryer by geologists, will be felt in Western Finland, with temperatures expected to reach a maximum of 10° C in the South and Southwest.

Föhn winds are a common phenomenon during winter in Finland and are most likely to occur from November to March. A föhn wind caused record warm temperatures in Southern Finland earlier this year in January.