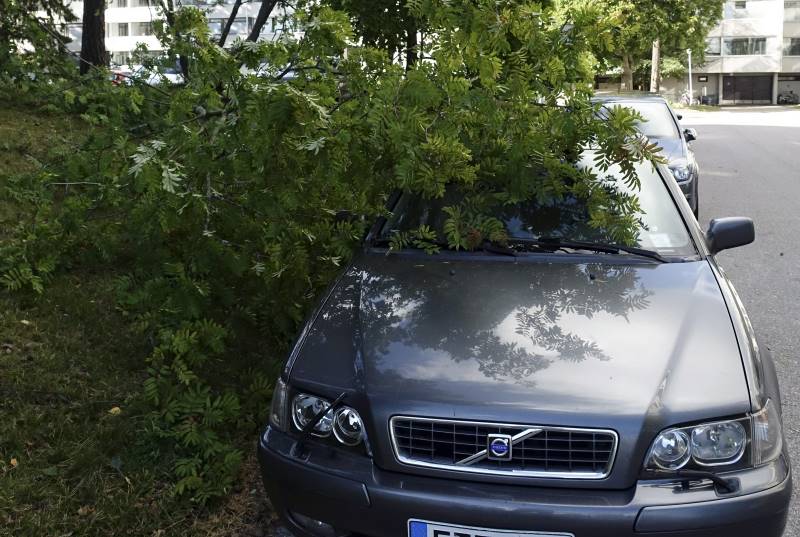 The Biggest storm of 2020 so far is expected to hit Finland as early as Wednesday morning and last until Thursday night. The Finnish Meteorologists have issued warnings of strong winds of up to 25m/second, abundant rainfall across Finland and high waves of up to 7meters in the Baltic sea.

Strong fall storms usually arrive later in November to December when the leaves have already dropped.

Meteorologists are concerned about extensive damage, as now in mid September trees are heavier and more likely to fall due to strong winds pushing against their leaves. Falling trees and branches my knock out power lines, block roads or damaging properties across the country.

In addition to high winds, over 50 millimetres of rain is forecasted to fall on Wednesday and possibly more on Thursday, which may cause widespread flooding..

The recent rainfalls and the coming storm will make this September the rainiest in some areas of Finland. The average amount of rainfall for the month of September has been around 60 millimetres.  Espoo has already reported of having 160 millimetres of rainfall this month which could increase to 210 millimetres by Friday. Many other areas across Finland will also have record rainfall.

Residents should be expecting power outages to occur all over Finland. and should prepare before the storm arrives early on Wednesday.

Meteorologists are encouraging residents to prepare by gathering supplies such as food, water and other necessities. Moving outdoors is not recommended unless absolutely necessary. Outdoor furniture and other loose items should be stored inside or secured and windows should be closed.