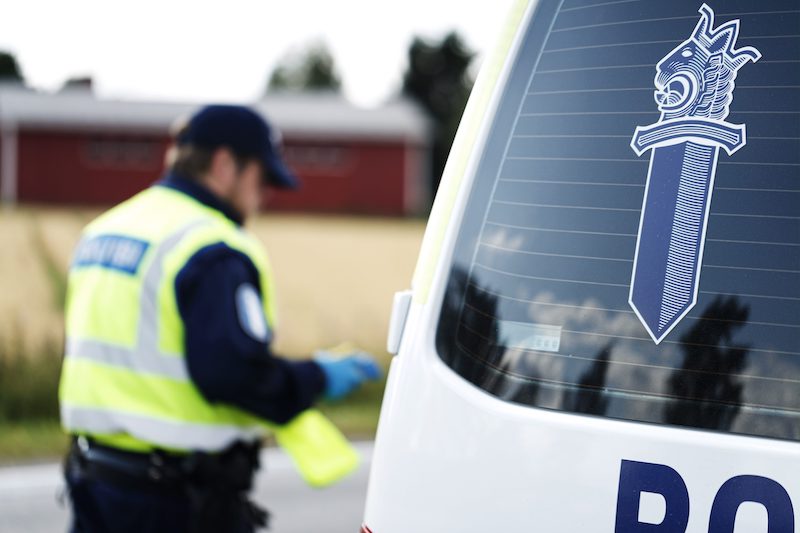 A BLACK FATHER AND SON WHO CLAIM TO HAVE BEEN MANHANDLED by Finnish transport authorities and police officers for not having a valid train ticket have spoken of their ordeal to the Helsinki Times, describing the incident as “traumatizing” and “dehumanizing”.

The incident took place on the train from Helsinki to Kirkkonummi on Sunday, 2 August. The Father, David Gill, who is originally from New York and has lived in Finland for 7 years, was travelling with his son Max following a basketball tournament in Tampere.

In David’s recounting of the event, they had entered the train and had not realized that their ticket was invalid until being confronted by onboard ticket staff, who instantly treated the pair with aggression and suspicion. David had misplaced his own ticket, while his son’s ticket was found to have not been validated on the train’s validation machine.

“As [Max] was moving towards a seat, the ticket guy comes up and asks about our tickets”, recalled David.

“One of the ticket agents grabbed Max by his backpack. I asked him to take his hand off my son and then calmly tried to remove his hand from my son’s backpack. He then hit me in the stomach with his forearm.”

“While this was happening his two colleagues surround us. We felt very threatened. They asked for our ID then gave me a fine for not having a valid ticket”.

David, who works as a screenwriter, describes the behavior of the police as equally violent and aggressive. Upon arrival, the police quickly manhandled the father and his 15-year-old son.

“I said ‘why are you doing this? We are complying’. They took our belongings from us, including my medication, and threw it on the floor. They handcuffed my son and they led Max into a second vehicle”.

In video footage of the incident, which was recorded by several bystanders and can be seen here, police can be seen stripping David of his belongings and shoving him into a nearby van. Bystanders can also be heard shouting “shame on you!” to the police and “he’s just a minor”, referring to Max.

Following their arrest, David and Max were taken to Espoo Central Police Station. David says he was forcefully escorted into a drunk tank and was denied access to his medication, which he requires for a variety of pre-existing conditions, including blood pressure issues. While David was held overnight, his son was released at around 9pm that evening, being discharged from the station without his phone or any means of contacting a relative or determining where he actually was.

Describing his time in the police station, David says that he was denied food and legal representation and was never informed that he was under arrest.

“I spent the whole night begging for my medication. They threw me in there like I was in Russia or something. They didn’t tell me I was being arrested. They didn’t charge me with anything. I didn’t find out anything until a detective arrived the next morning”.

David was released without charge later the following morning. He says that rough treatment at the hands of Finnish police has worsened a pre-existing injury on his hand and has required him to arrange surgery. Max, meanwhile, describes suffering ligature marks on his wrists for days following the incident.

15-year-old Max describes the incident as the “scariest thing that has ever happened to me” and emphasized his shock at the way he was treated, despite attempting to cooperate peacefully with authorities throughout the ordeal.

“This has completely changed my perception of living in Finland. Of course, I have experienced smaller racist incidents almost every day, but this is something else”, said Max.

“This is discrimination, pure and simple. We were abused and my son has to live with this for the rest of his life”.

“Racism is systemic and ingrained in Finnish society. Guys like me and Max will always be treated with hostility”.

The Helsinki Times reached out to the Western Uusimaa Police Department for comment. In response, detective inspector Katja Rekola said that;

“The crime type, in this case, is a resistance to a person maintaining public order. After the investigation is finished, the case will proceed to the prosecutor in consideration of charges. Police don’t have anything else to comment at this point of the process”

HSL did not respond to requests for comment in time for the publication of this piece.

This is not the first time this year that HSL and Finnish authorities have faced accusations of racism. In July, footage emerged of HSL staff assaulting and violently arresting a black youth at Helsinki’s Central Railway Station for not having a metro ticket. His white counterpart, who also did not have a ticket, was spoken to calmly by HSL staff before being allowed to leave the area on his own.