AS PROTESTORS IN FINLAND CONTINUE TO DEMONSTRATE in solidarity with the pro-democracy movement in Belarus, where thousands have been arrested amid an increasingly authoritarian crackdown by incumbent president Alexander Lukashenko, it is clear that the impact of the recent elections extends far beyond the borders of Belarus.

Of the more than 6000 people who have been often brutally and violently arrested by Belarusian security forces this week is Alexey Zanouskaya, a student at Aalto University who had returned to his native Belarus to vote in the recent election.

In an interview with the Helsinki Times, Alexey’s wife Veronika Zanouskaya, a Belarusian who has been resident in Finland with her husband for over a year, stressed the need to raise awareness for the situation in Belarus and to draw attention to her husband’s arrest. Alexey has not been seen or heard from since being arrested at a protest on Monday night, and friends and family in Belarus have no idea where he is.

“I am in shock and extremely worried, we have no information whatsoever,” Veronika said. “I am afraid”.

Prior to Alexey’s arrest, he had been increasingly politically active in Helsinki, even organizing a one-man protest at Helsinki’s Kamppi Square in response to the increasingly dire political situation in what has been described in the press as “Europe’s last dictatorship”.

This week’s election has raised a number of concerns among the international community after the results showed that Lukashenko, who has ruled Belarus for 26 years, has apparently received 80.08% of the total vote. Lukashenko’s opponent, Sviatlana Hyeorhiyeuna Tsikhanouskaya, has since fled to Lithuania following threats to her life.

Finland’s President Sauli Niinistö also raised concerns, penning a press release that stated that the elections “did not follow international standards” and condemning any abuses of human rights.

Veronika, who described herself as being “completely politics-free” before the election campaign, has been helping activists in Belarus attempt to count voter’s ballots via an app in order to try and get an accurate picture of the election results.

“Lukashenko has no support, only fear. Even grandmothers are no longer fooled by his propaganda. All we want is free and fair elections”.

Veronika also emphasized that her husband is one of many people facing detention in uncertain conditions as Belarus, a country that has been described by Freedom House as “not free” and as a “routine abuser of human rights”. 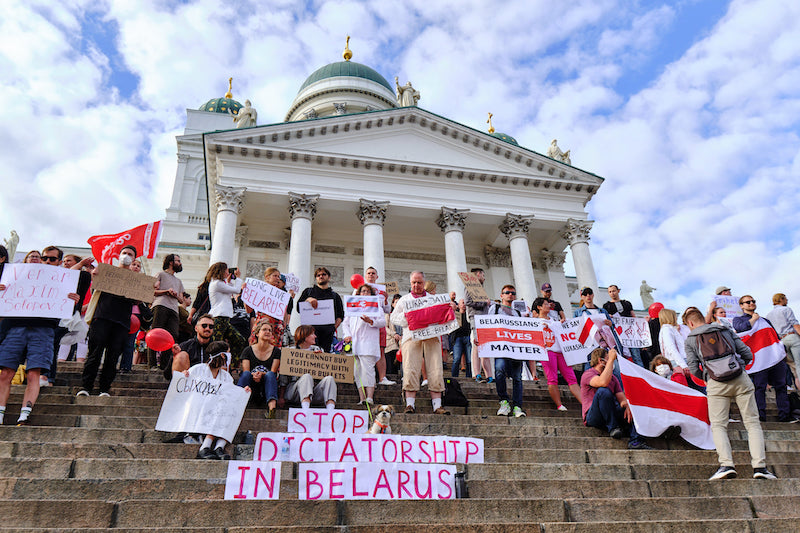 “Everyone in Belarus knows someone who has been arrested. We want to show our support from here in Finland and we hope that this ends well for the Belarusian people”.

Veronika was one of several dozen people who attended a protest in Helsinki’s Senate Square last night to raise awareness for the ongoing situation in Belarus.

The Helsinki Times also talked to some of the organizers of the protest. Yury Lashkevich, a 42-year-old Belarusian who has lived in Finland for six years after being forced to flee his native country, expressed both hope and dismay over the current situation.

“I am proud to see Belarusians standing up for their rights. But I fear the level of police brutality that we are seeing from the police, which is at a level we have not seen before”, Yury sighed.

Yury and his friend Kyryl Kirylau, who has lived in Finland since 2008, were also responsible for organizing an exit poll of Belarusian voters at the Embassy of Belarus in Helsinki. Despite their exit poll showing that almost 90% of voters had voted for Tsikhanouskaya, the official results released by the Belarusian Embassy showed much higher levels of support for Lukashenko. The Belarusian Ambassador to Finland, Aleksey Samosuyev, responded by remarking that “there will always be discrepancies”. 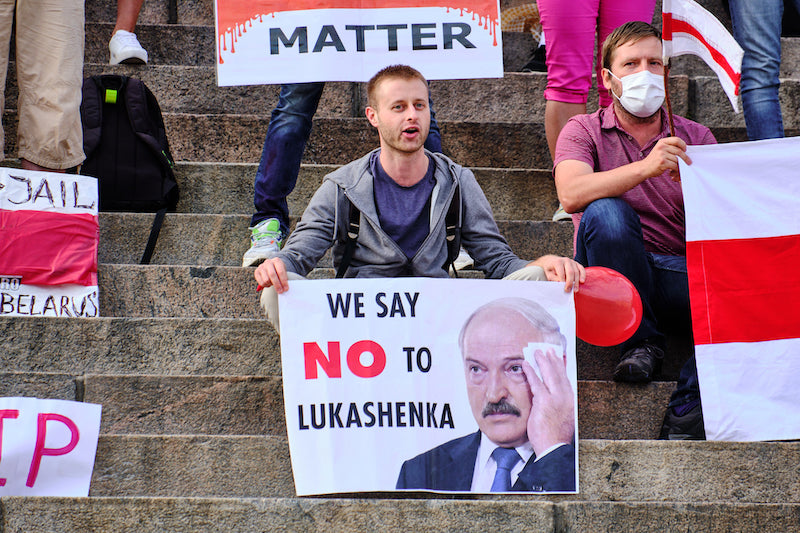 Both Kyryl and Yury stated that they would like to see Finland and the international community “take a stance” on the actions of the Belarusian government and that “Finland should use diplomatic channels to support the Belarusian people”.

Belarusians were not the only people present at last night’s protest in Helsinki, with Finns, Swedes, French people, and more showing up to voice their support. Mike Tomassen, a Dutch student at the University of Helsinki who is friends with the student who has been arrested, said he was there “to support my friends and to show my support to the people in Belarus”.

“We don’t want people in Finland to accept this situation”. 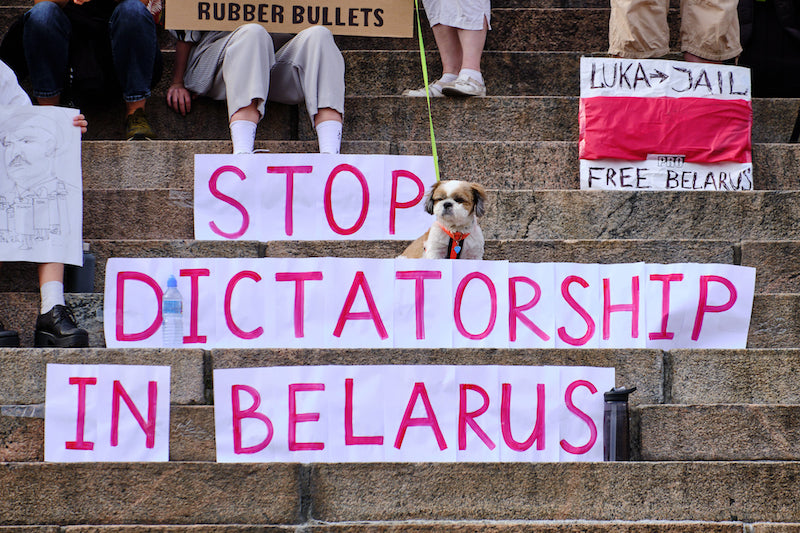 The Helsinki Times also got in touch with Aalto University, where Alexey is enrolled in the Urban Studies Program, to inform them that one of their students has been arrested for attending a peaceful protest.

Petri Suomala, the VP of Education at Aalto, said that “we are obviously very concerned for our student’s wellbeing and we hope that he is safe. We are available to support his relatives in any possible way”.

The organisers of yesterday’s protest also said that anyone in Finland wishing to support protestors in Belarus can do so by donating to the official donation page (link here).