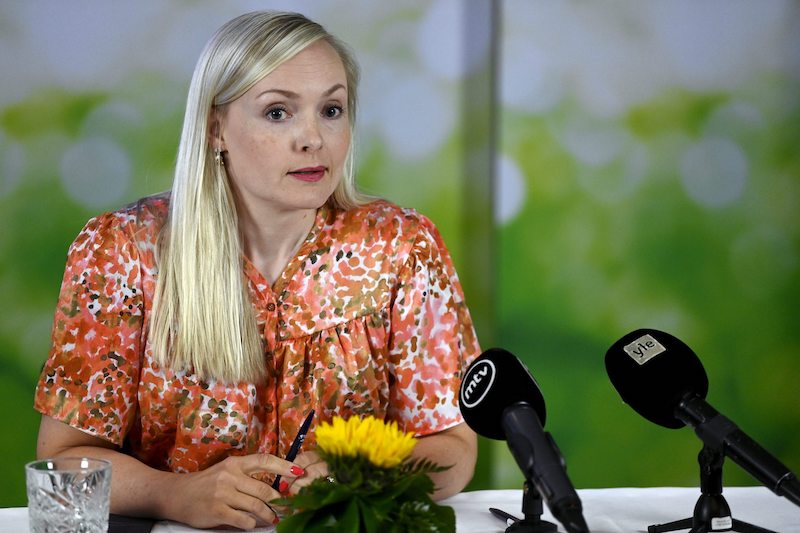 A GROUP OF MINISTERS FROM THE GREEN PARTY HAVE OUTLINED PROPOSALS to attract 80,000 foreign workers to Finland in order to plug knowledge gaps and stimulate growth in the Finnish economy, which has been battered by the coronavirus.

At the Green League's Government Group Conference in Lahti today, Minister of the Interior and chair of the party Maria Ohisalo stated that increasing the number of foreign workers would be key to coping with the "sustainability deficit" and encouraging long-term economic growth.

Among a raft of other proposals outlined today which also included a reduction and eventual elimination of subsidies for businesses that are harmful to the environment, the Greens proposed a target of attracting 80,000 work-based immigrants to Finland by the year 2030.

Although acknowledging that the coronavirus has made international mobility more challenging, Ohisalo remarked that the "rules of the game remain the same" when it comes to attracting skilled foreign labour and that there are steps that can be taken today to make Finland a more attractive destination.

Among the possible measures that were outlined by the Greens included a plan to increase the visibility of Finland's diplomatic missions abroad and to streamline the processes required by workers seeking visas and permits for Finland.

The announcement comes after increasingly dire economic forecasts from the Bank of Finland, which has predicted that Finland's economy will contract by 7% this year and that unemployment will rise to 9%: