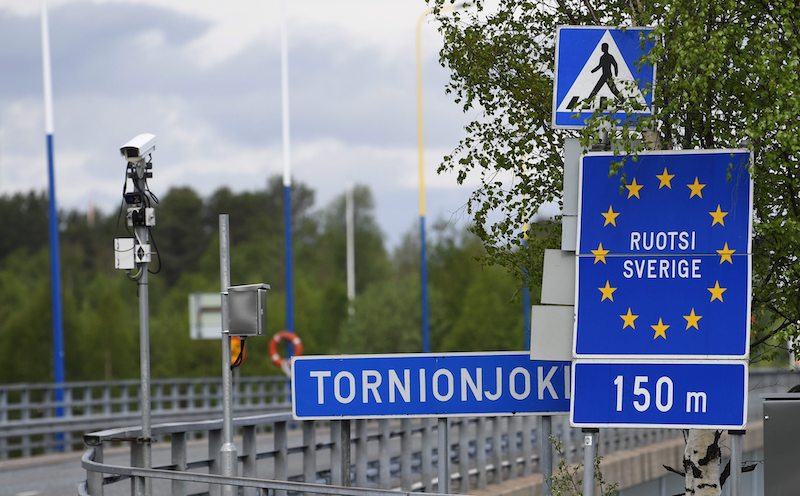 The Finnish-Swedish border near the Torne River (Image: Lehtikuva)

THE FINNISH GOVERNMENT HAS ANNOUNCED THAT IT WILL BE REINTRODUCING travel restrictions on those arriving from The Netherlands, Belgium, and Andorra following an increase in the rate of new infections in those countries.

During the same press conference, which took place in Helsinki this afternoon, a government spokesperson said that the Government was also considering reducing restrictions on travellers from Sweden, owing to an improvement in the coronavirus infection rate in that country.

The current policy of the Ministry of the Interior is that existing travel restrictions are not necessary for countries that have a rate of new cases that is lower than 8 per 100,000 people. Given that The Netherlands, Belgium, and Andorra have all seen a marked uptick in new cases in recent weeks, the decision has been made to re-introduce restrictions.

The limitations will be in effect from 10 August and will require people entering Finland from those countries to undergo a 14-day quarantine. Non-essential travel from these countries into Finland will no longer be permissible.

The government also highlighted the fact that they were looking into dropping the existing travel restrictions on those attempting to enter Finland from neighbouring Sweden. Owing to a consistent decline in the rate of new COVID-19 infections in Sweden, the government will review existing travel arrangements in two weeks' time.