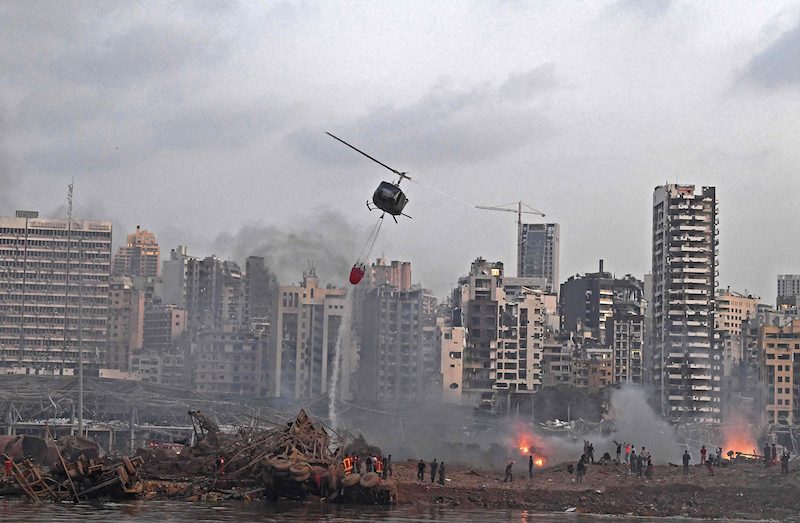 The port of Beirut in the aftermath of yesterday's explosion (Image: Lehtikuva)

THE EMBASSY OF FINLAND IN BEIRUT HAS REPORTEDLY BEEN 'COMPLETELY DESTROYED' following a massive explosion that rocked the Lebanese capital yesterday. One Finnish national is also reported to have been injured in the blast.

In a post on the Embassy of Finland in Beirut's Facebook page, a spokesperson noted that the building, which lies 2km away from the blast site, has been damaged as a result of the blast. Embassy staff also urged Finnish nationals in the city to keep relatives informed about their safety situation and added that the Foreign Ministry is trying to make contact with nationals in the area.

Speaking to Helsingin Sanomat, Aki Kauppinen, deputy head of the Finnish mission in Beirut, said that the premises of the mission "doesn't really exist anymore" and has been rendered completely unusable as a result of the damage it has sustained.

PM Sanna Marin also acknowledged on Twitter that the embassy has been badly damaged, and sent her condolences to the victims. At least 100 people have been killed and thousands wounded in the Lebanese capital.

According to Lebanon's Prime Minister, Hassan Diab, the explosion was likely caused by the ignition of 2700 tonnes of ammonium nitrate, a highly flammable plant fertilizer. It is not yet known what caused the ignition.