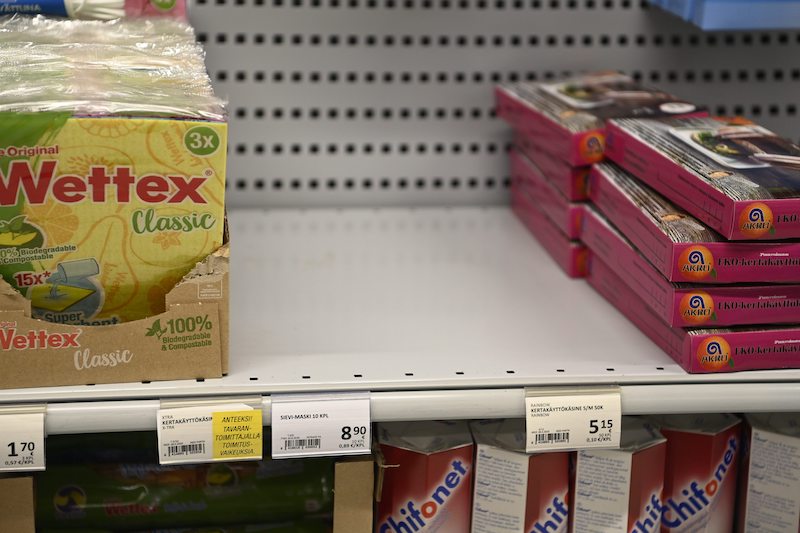 Evidence of sold-out face masks at an S-Market in Ruoholahti (Image: Lehtikuva)

SOME FINNISH SUPERMARKET CHAINS HAVE REPORTED A TENFOLD increase in the sale of personal face masks over the course of the past few days, following reports over the weekend that THL will be recommending the use of face masks in public spaces.

Harri Hovi, the Director of Good for Kesko, which manages the K-Supermarket brand, told Maaseudun Tulevaisuus that "over the past week, sales [of face masks] have tripled and yesterday even increased tenfold".

Although comparisons have been drawn between the current buying spree and the mass bulk buying of toilet paper that occurred earlier in the spring, Hovi emphasized that the situation is not the same this time around and that stocks of face masks are not being depleted.

On Sunday, YLE reported that the national health authority, THL, was planning to recommend the use of face masks in public spaces throughout the country, in line with policies followed by a host of other European countries. Although no official government recommendation has been made yet, it is likely that the increased public advocacy of face masks in Finland, as well as mounting fears of a second wave of the pandemic, have contributed to increased sales.