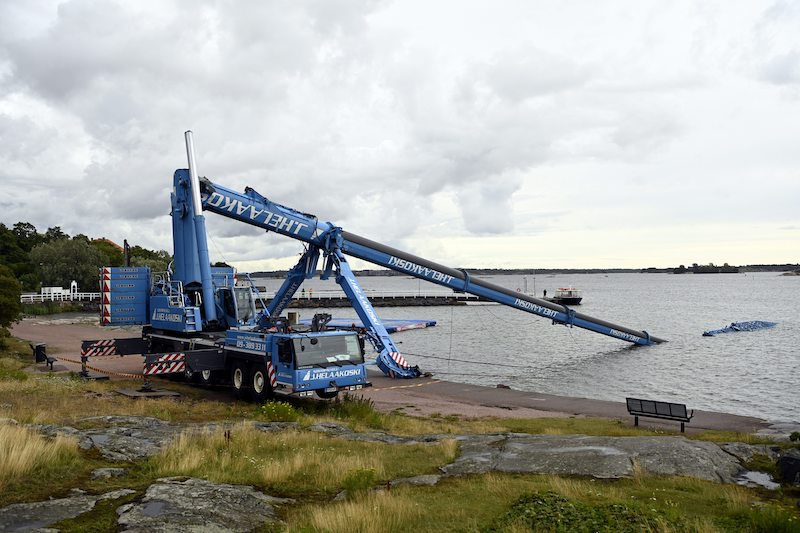 A shot of the partially-collapsed crane this morning (Image: Lehtikuva)

In pictures: 150-metre bungee jump tower collapses into the sea at Kaivopuisto 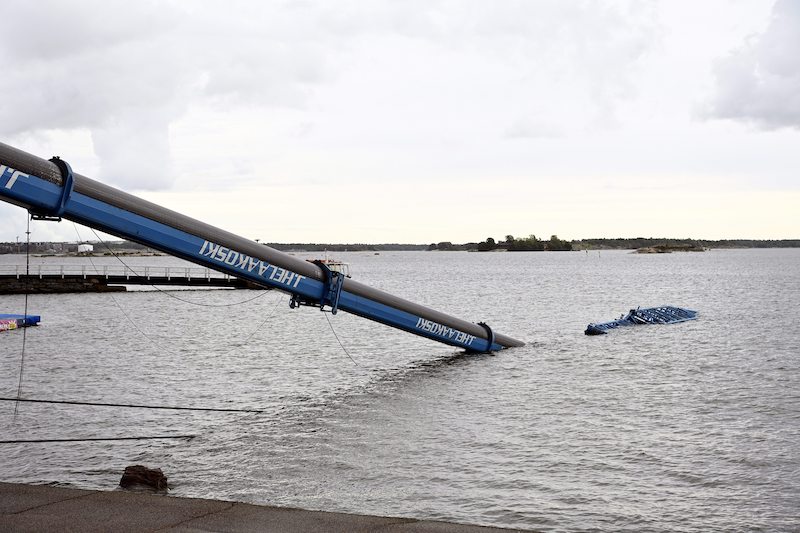 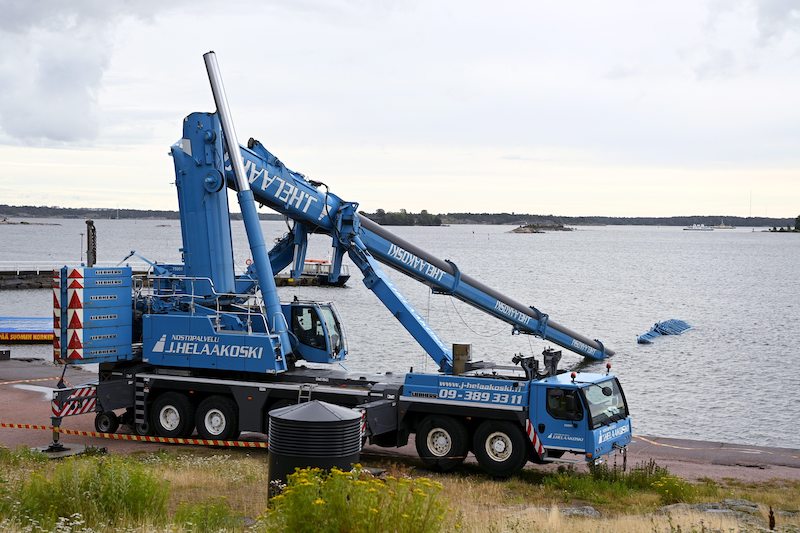 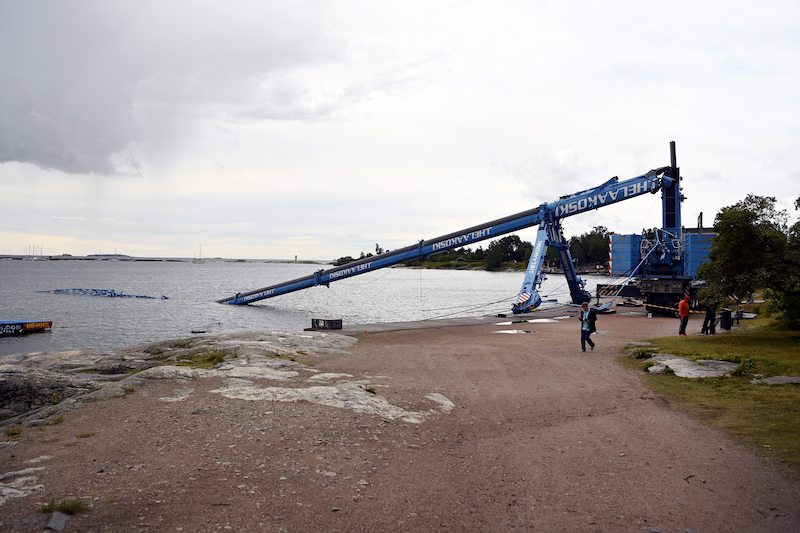 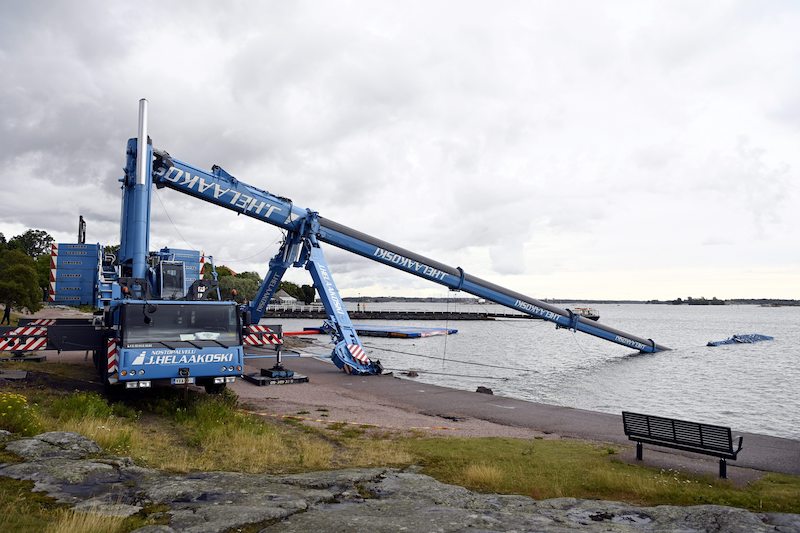 A 150-METRE BUNGEE JUMPING CRANE SNAPPED AND COLLAPSED into the sea in Helsinki's Kaivopuisto earlier today. It is likely that the damage to the steel crane was sustained during last night's thunderstorms.

Nobody was injured in the collapse, which has been described as a "rare and isolated incident" by the CEO of the company that owns the tower. The structure was the tallest bungee jumping tower in Finland and had only been in operation in Kaivopuisto for a week before the accident. The tower itself was around 10 years old.

Immediate concerns from authorities following the collapse centered around the oil tanks inside the crane, which they thought could cause a minor oil spill in the surrounding waters. However, it is thought that there were only a few litres of oil inside the crane at the time of the collapse, and there is no evidence of any leakage so far.

The tower is likely to be beyond repair and is currently being cleared away by authorities.