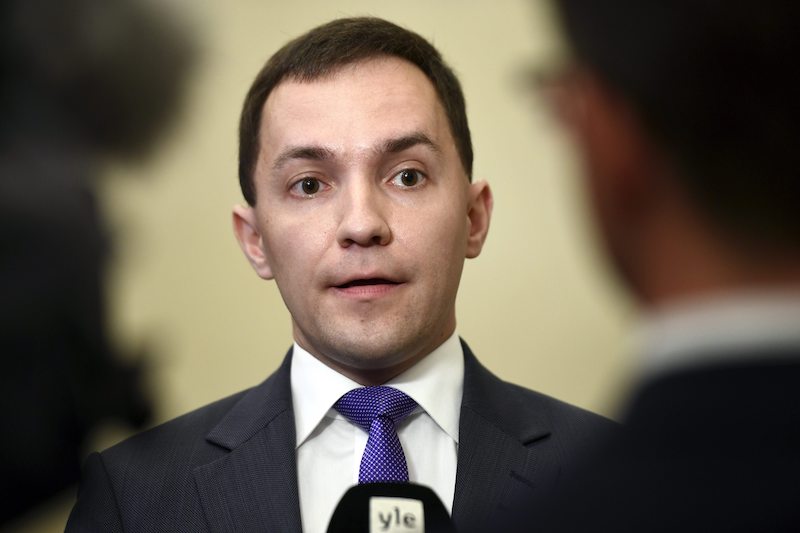 NATIONAL COALITION MP WILLE RYDMAN IS BEING INVESTIGATED by the Lapland Border Guard after a social media post in which he claimed to have entered Sweden illegally during a hiking trip caused widespread ire.

In the Facebook post, Rydman shared details of a recent hiking trip in the northern border region, stating that he entered Sweden "despite travel restrictions", arguing that "there are no border controls in the wilderness". Rydman also said that he did not intend to enter quarantine upon his return to Finland.

The Lapland Border Guard later announced that they had been informed of a potential illegal crossing into Sweden and that they would be opening an investigation into Rydman's activities.

"Border crossing is only allowed through official border crossing points", the Guard said in a statement. "Crossing the national border related to hobbies (eg hiking) between Finland and Sweden is not a sufficiently serious reason for granting a permit. Member of Parliament Rydman has not been granted a border crossing permit pursuant to section 13 of the Border Guard Act".

Since the authorities announced their investigation, which could result in charges being brought against the MP, Rydman has backtracked on his original claims. He has since told YLE that he actually never entered Sweden, but instead crossed the border between Finland and Norway during his hiking trip.

With 78,000 confirmed cases out of a population of 10 million, Sweden has one of the highest coronavirus infection rates on the planet. Sweden's high infection rate is the reason why the majority of EU countries prohibit entry to passengers from the country.