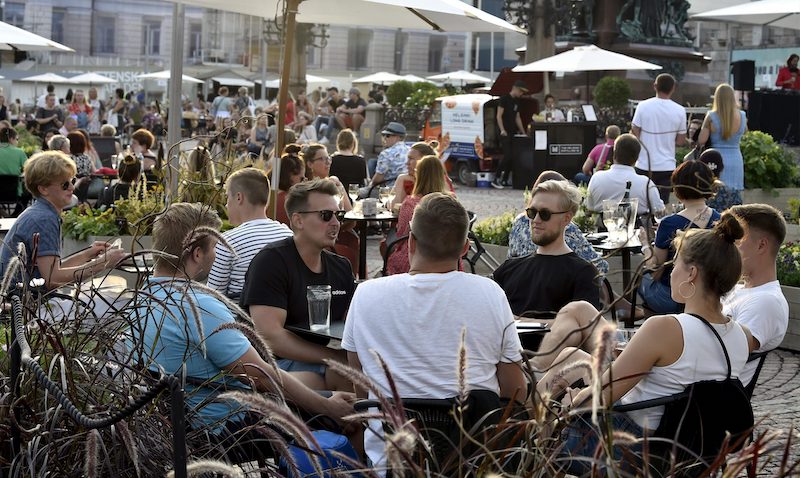 A crowded terrace on Helsinki's Senate Square at the weekend (Image: Lehtikuva)

RECENT DATA FROM THL HAS REVEALED THAT Finland has experienced a small spike in coronavirus cases over the course of the weekend, with 17 new infections being recorded on two consecutive days.

Although modest compared to the rate of new infections recorded during the peak of the pandemic, the weekend's rise represents the largest daily increases in cases since July 1, when 22 new infections were reported in a single day. So far today, five new infections of coronavirus have been recorded in Finland, bring the total number of cases up to 7340.

Whether the recent spike in cases is indicative of a longer-term trend remains to be seen. However, with this weekend being the first time that bars and nightclubs were able to operate as normal across the country, it is likely that authorities will be looking closely to see whether there will be a corresponding rise in cases.