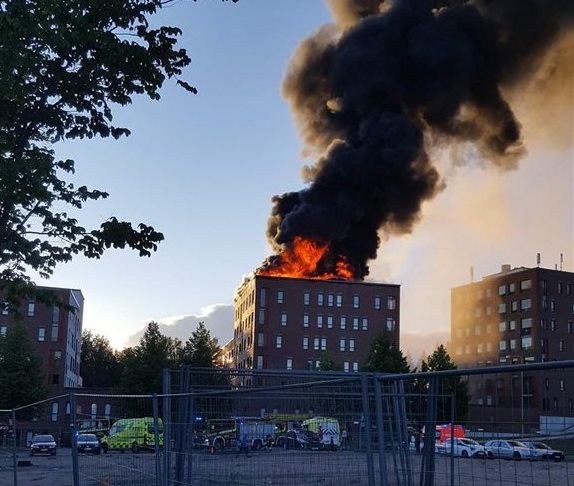 A shot of the blaze early on Saturday morning (Image: Lehtikuva)

In pictures: elderly housing complex in Jyväskylä engulfed in flames, cause unknown 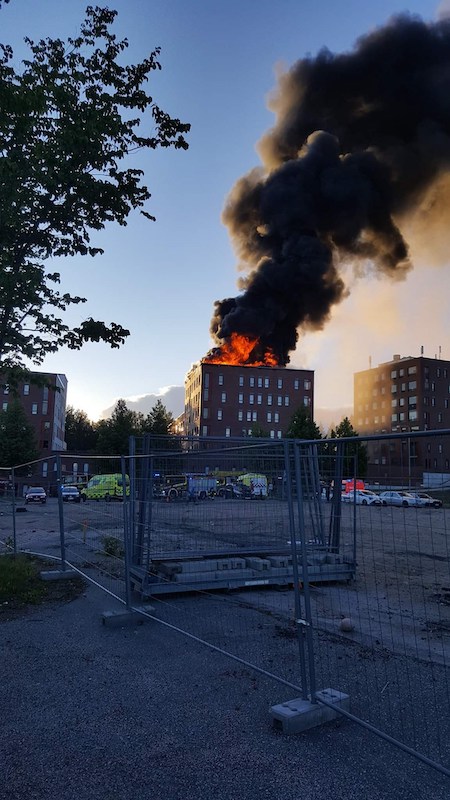 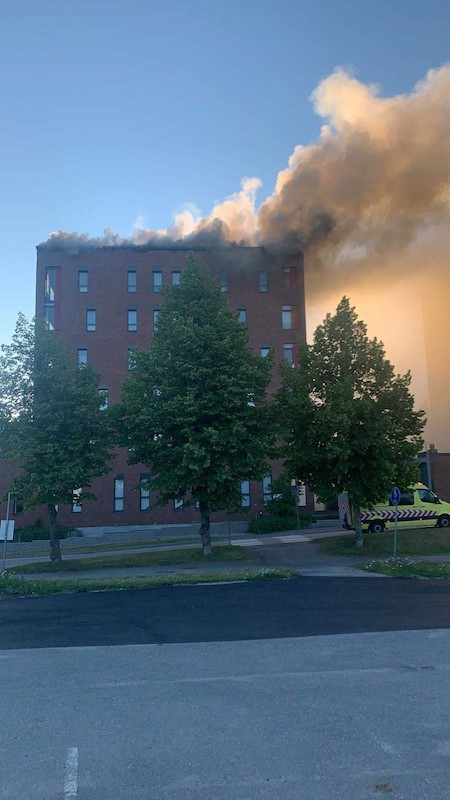 FINNISH AUTHORITIES ARE DUE TO OPEN AN INVESTIGATION into a fire that ripped through an elderly care home complex in Jyväskylä in the early hours of Saturday morning. No deaths or injuries were reported from the blaze.

The care complex's 168 residents, all aged between 55 and 90, were promptly evacuated at the outset of the fire. The blaze is believed to have originated on the upper balcony of one of the residential apartments, before "jumping over" to another building. Fire authorities have said that they have little clue as to what caused the fire and how it spread so rapidly, although a theory was floated that a combustible HVAC pipe might be the cause.

The elderly care home complex, of which large parts of it have now been completely destroyed, is a relatively new building. It was completed in 2018 and designed to house 200 elderly residents.

You can see more photos of the blaze by scrolling through the gallery.