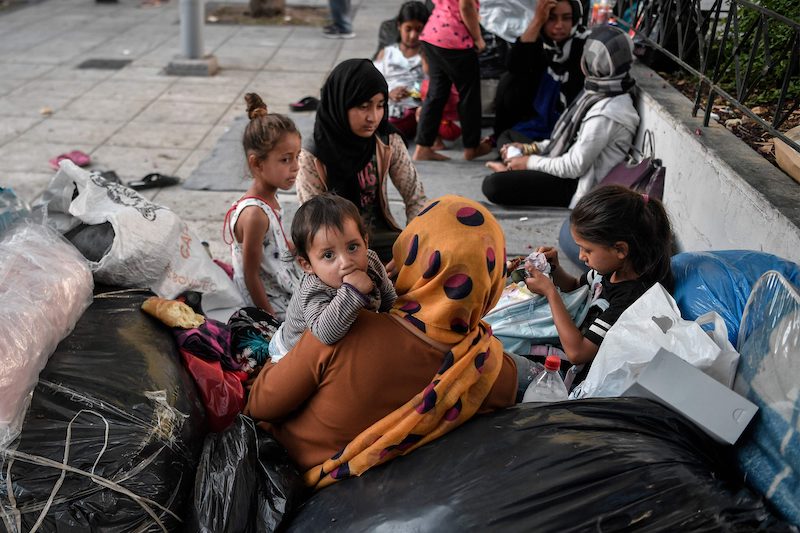 Afghan asylum seekers as Lesbos refugee camp in Greece, where several of today's arrivals had been held (Image: Lehtikuva)

A TOTAL OF 24 UNACCOMPANIED MINORS have arrived in Finland this week, after being relocated from refugee camps in Greece as part of a deal agreed with the European Commission and EU member states to accept more asylum seekers.

The arrivals consist of 23 children from Afghanistan and one from Palestine, both territories that are mired in conflict and that are not considered 'safe' according to definitions from most international organizations. All arrived in Finland on the 7 and 8 July by plane from Greece via Portugal.

Finland will take a total of 175 unaccompanied children from the Greek islands of Lesbos, Kos, Chios, and Samos, places that have attracted widespread condemnation for the dire conditions that asylum seekers are subjected to upon their arrival there. The Greek-initiated plan for EU member states to take in 1600 unaccompanied minors from these islands also has the participation of Belgium, France, Germany, Lithuania, and Slovenia.

The first group to arrive in Finland had undergone a health checkup and coronavirus testing prior to landing. In addition, they will be held in quarantine for 14 days before being transferred to specialist reception centres for minors in Espoo, Kotka, Oulu, and Oravais.

More asylum seekers will arrive in Finland under the agreement over the next several months. The EU has given Finland a total of €12 million to cover the costs of relocating and taking in the displaced children.