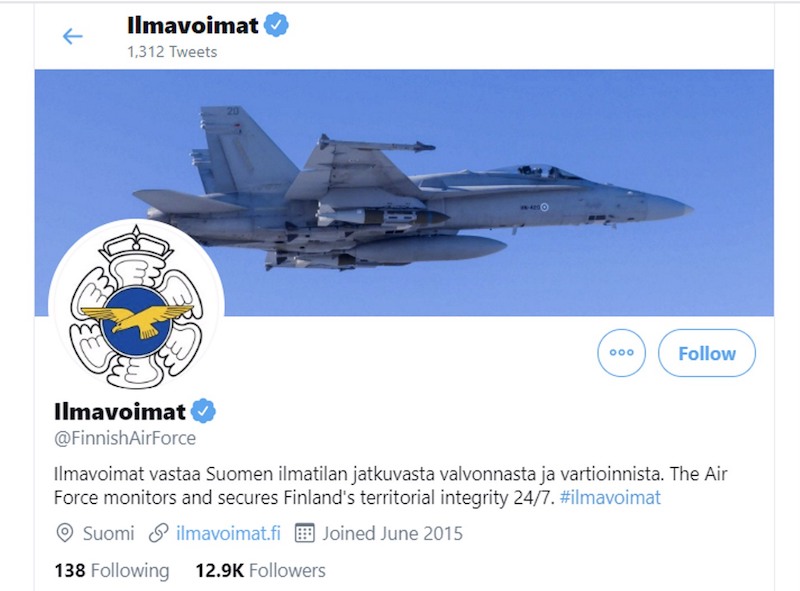 THE FINNISH AIR FORCE HAS UNCEREMONIOUSLY REMOVED THE SWASTIKA SYMBOL from its general staff ID and logo, with no prior announcement of the decision. The symbol has been in use in the air force for over a century.

Although there has been no statement from the Air Force on the decision, a professor of World Politics at the University of Helsinki, Teivo Teivainen, explained the possible logic behind the decision via a Twitter thread (in Finnish). Given the swastika's associations with Nazism and the Holocaust, Teivainen explained that it was likely decided that the continued use of the symbol was "politically difficult", especially when Finnish Air Force personnel were on duty overseas.

He also posited that the Air Force has concerns about the symbol being used in information warfare against the Finnish army, as well as the potential the symbol has for alienating younger people in Finland. The swastika has been used by the Finnish Air Force since 1918 when it was painted on an aircraft donated to Finland by Count Eric von Rosen, who believed the symbol to represent good luck and happiness.

The Finnish Air Force's updated logo, now visible on its official Twitter account, now features a golden eagle symbol that has also been in use in the Air Force since 1945.