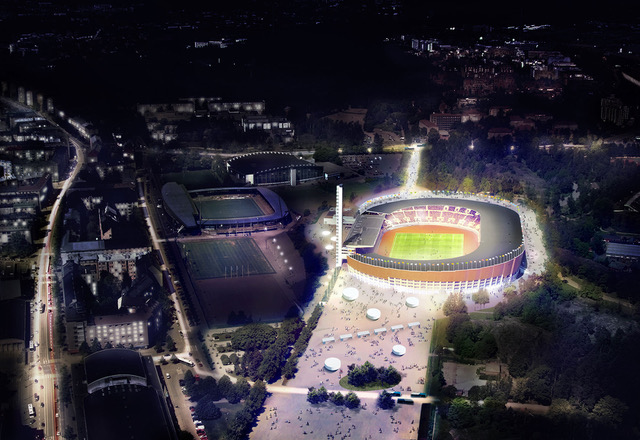 An artist's rendering of the completed stadium (Image: Abloy Oy))

HELSINKI'S HISTORIC OLYMPIC STADIUM IS DUE to reopen its doors to the public on August 22nd, following a €350 million renovation that has been estimated to be the largest and most expensive in Finland's history.

The original proposed budget for the renovations, first outlined in 2014, was €209 million for the entire project, funded almost entirely by the Finnish Government and the City of Helsinki. Contractors cite the spiraling costs due to the fact that the stadium was in "much worse" condition than initially thought, as well as disruptions to the project caused by COVID-19.

Following the televised inauguration of the new stadium on August 22nd, members of the public will be able to explore the venue for themselves, which has been fully updated for the first time since opening in 1938. It has been projected that the completed project will add €80 million a year to the local economy.