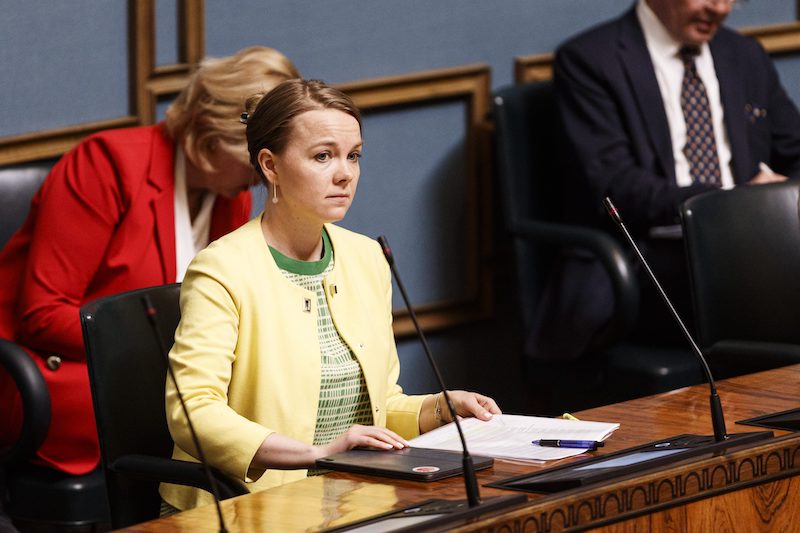 FINLAND'S MINISTER OF FINANCE KATRI KULMUNI resigned from her post on Friday evening as a result of widespread outrage over the revelation that she spent close to €50,000 of taxpayer money on speech training lessons from a private consultancy firm.

In addition to the money spent from the public purse on Kulmuni's private lessons, there have also been concerns over the content of the lessons. Kulmuni apologized for rehearsing a party conference speech with the consultants, which she acknowledged had little to do with her ministerial duties that were being covered by the taxpayer.

Kulmuni has said that she plans to repay the full amount out of her own money. Typically, services such as speech training are paid for by the political party, or by the politician themself. PM Sanna Marin acknowledged that she had received Kumuni's resignation and thanked her for her service. She also emphasized that the decision does not in any way impact ongoing cooperation with the Centre Party, of which Kulmuni remains the leader of.

Kulmuni had only served as Finance Minister for six months prior to her resignation, which was in part triggered by a number of formal complaints submitted by members of the Finnish Parliament.