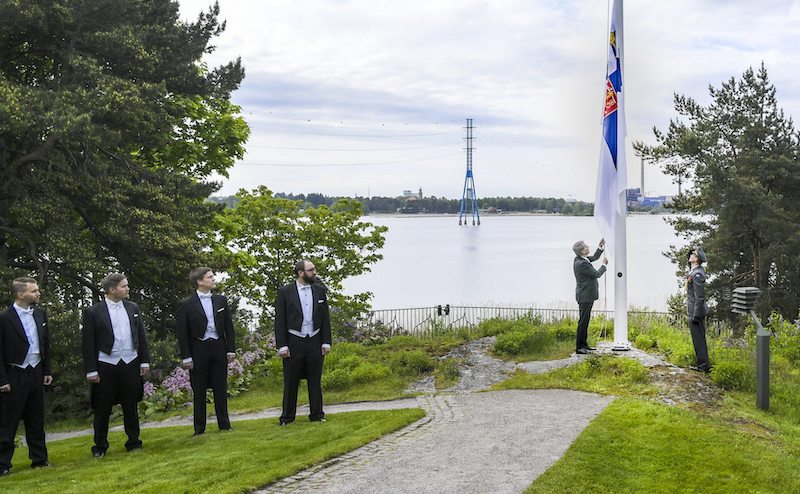 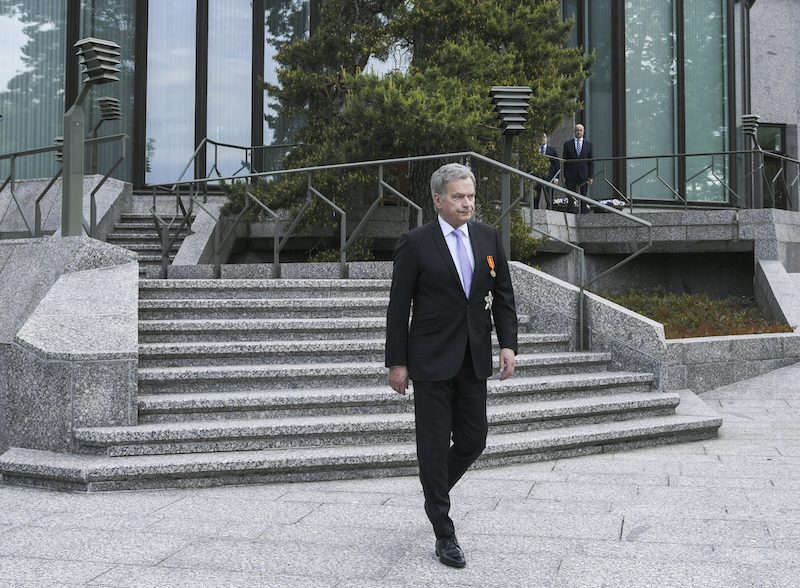 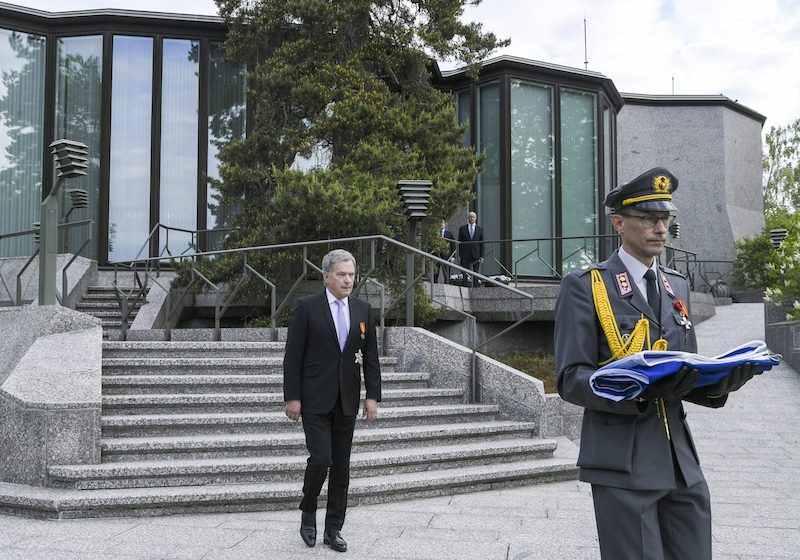 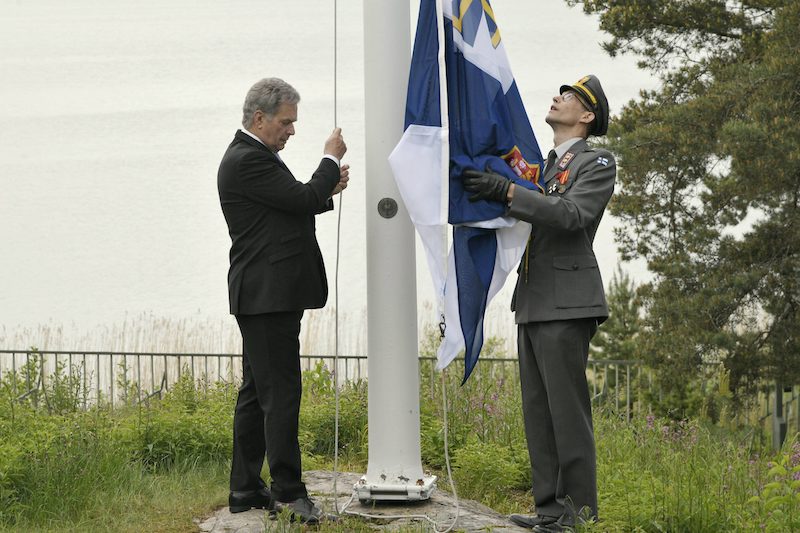 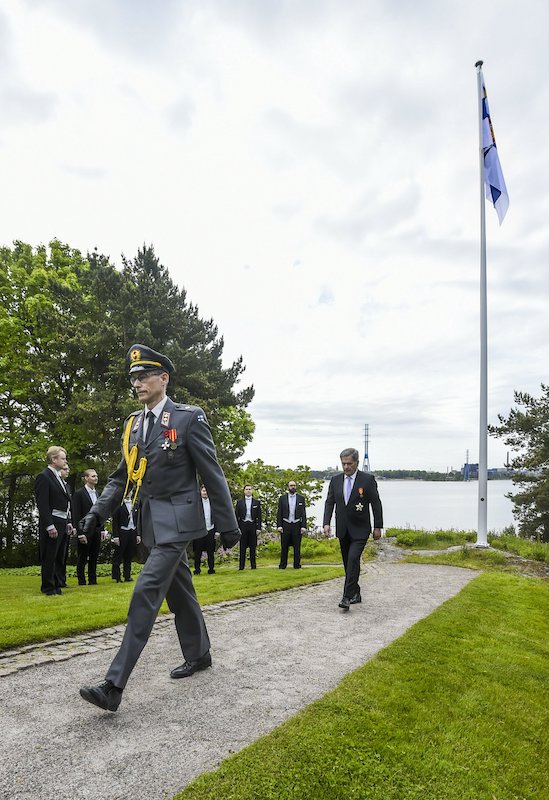 THE PRESIDENT OF THE REPUBLIC SAULI NIINISTÖ led commemorations for the Finnish Defence Forces flag day today, raising the Finnish flag alongside members of the military at his official summer residence at Mäntyniemi, Helsinki.

The event was followed with a wreath-laying at the grave of Marshal Mannerheim at Heitaniemi Cemetary, after which a fleet of Nighthawk fighter jets gave an aerobatic performance. The Finnish Navy Orchestra also gave a performance in the morning.

Highlights of the day's events will be broadcast on YLE TV1 at 5:10pm today.

You can see more photos from today's flag-raising by scrolling through the gallery.