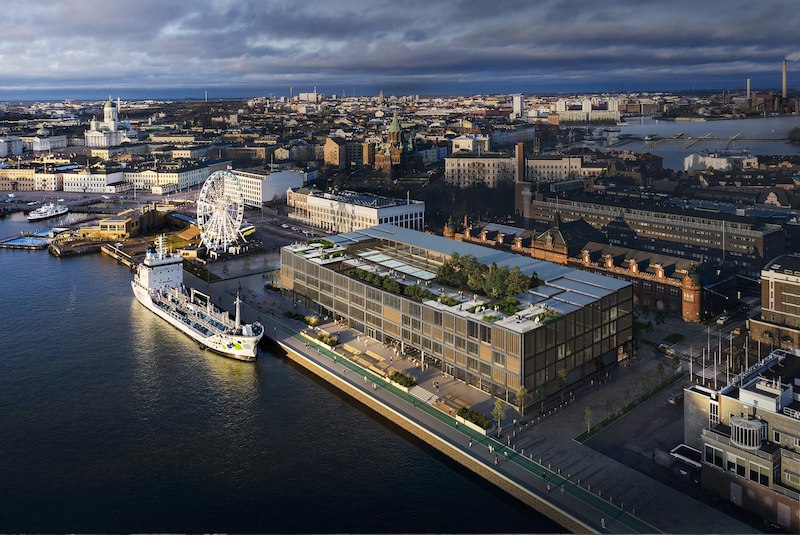 Concept art for one of the nominated designs, named Beacon (Image: Lehtikuva)

THE FINAL SIX DESIGNS FOR A SPRAWLING NEW OFFICE COMPLEX in the heart of Helsink'si Katajanokka Harbour have been announced. Once completed in 2023, the carbon-neutral building will house the global headquarters of the Finnish paper giant Stora Enso.

All of the finalist designs are for buildings made almost entirely of wood, with the candidates all specializing in eco-friendly architecture. Stora Enso's global HQ is currently housed just a couple of blocks away, in an award-winning modernist building design by Alvar Aalto, which was sold to a German real estate developer in 2008. 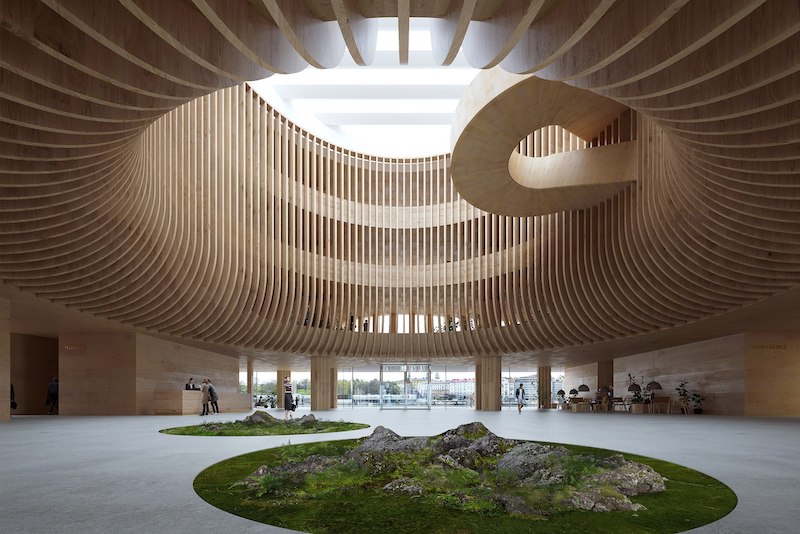 The sprawling complex will also house a hotel and several other offices.

The winner will be decided upon in June, after which the City of Helsinki plans to implement sweeping changes to the town planning legislation for the Katajanokka district to allow for the new complex to be constructed. The City hopes that the development will help to bring some added vibrancy to the Katajonokka area and stimulate economic activity.

You can view the full concepts from the six finalist candidates here.