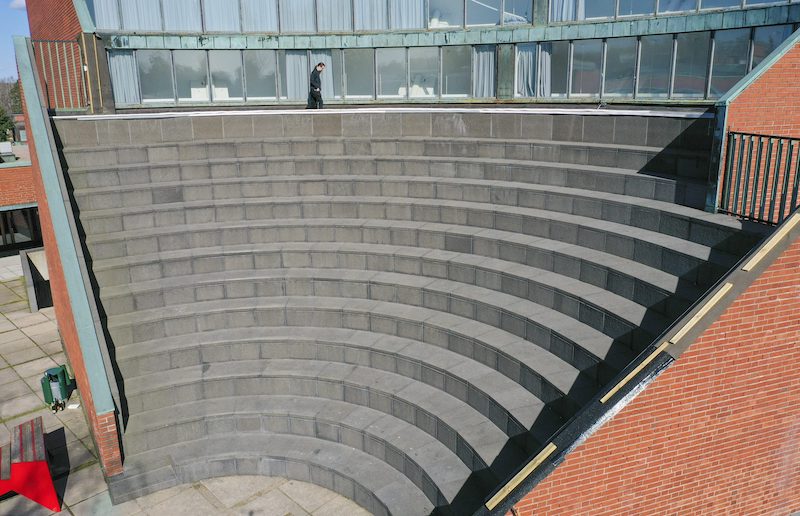 The facade of Aalto University's main building after its copper fixtures were stolen recently (Image: Lehtikuva)

A NUMBER OF ORGANIZED THEIVES are believed to have stripped the iconic Aalto University's main building of its extensive copper fixtures, with numerous other buildings across Helsinki having been targeted by thieves recently.

Copper fixtures from the University's School of Chemistry Building were also taken. Speaking to Helsingin Sanomat, the University's estate manager Jukka-Pekka Salmisto said that "significant amounts of copper have been stolen", although it is not yet known what the exact cost of the theft is.

It is believed that professional thieves have been able to slip under the radar unnoticed, possibly posing at maintenance workers when removing valuable parts from the exteriors of buildings. The main building at Aalto has been described as "the crown jewel of Finnish architecture", having been designed by the acclaimed Finnish architect Albar Aalto.

The university has reported the crime to the police, although no suspects have been identified as of yet.