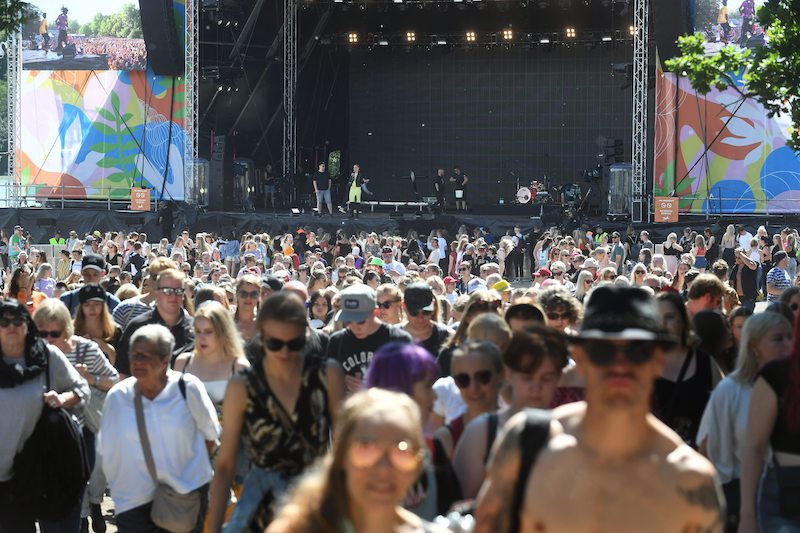 AT A GOVERNMENT PRESS CONFERENCE THIS EVENING, PM Sanna Marin announced that all gatherings of more than 500 people will be prohibited until at least 31 July, meaning that all summer festivals scheduled to take place before then are effectively cancelled.

Speaking from the Government Palace in Helsinki, Marin said that the goal is for life to gradually return to normal "bit by bit" whilst ensuring the spread of COVID-19 is kept under control.

When asked if festival organisers would receive compensation from the government, Marin replied that such measures had not been discussed and that it was believed that the insurance policies taken out by the organisers should be sufficient to cover losses. Chief-of-Staff of the Ministry of Education and Culture Anita Lehikoinen also said that the ban will relieve event organizers of the need to pay compensation to affected stakeholders.

Authorities will have the power to extend the ban by one month at a time if necessary.

The Prime Minister also said that the government is moving towards phasing out current restrictions, whilst simultaneously moving towards a more intensive testing and tracing regime to allow for better control of the spread of the virus.

Marin also emphasized that gatherings of more than 10 people remain banned until at least mid-May and that people should avoid the temptation to go on May Day picnics.