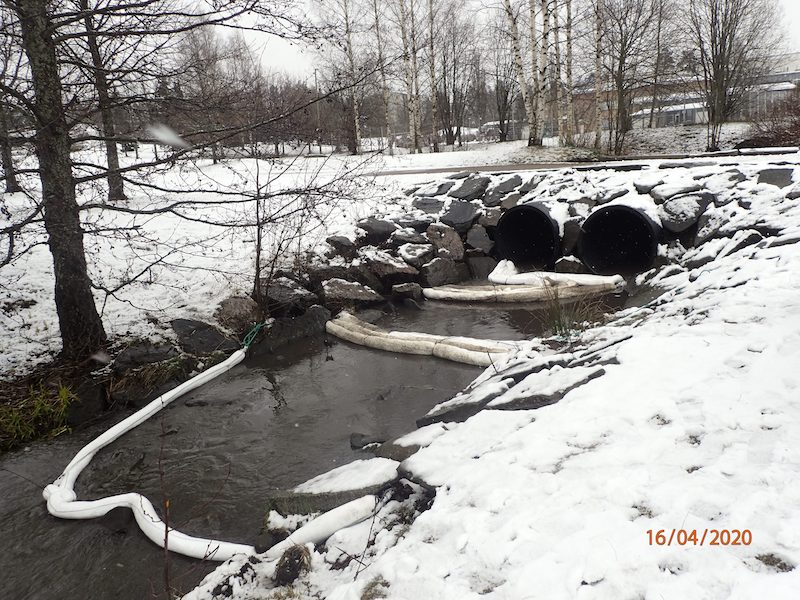 Ditch elements have been placed in streams in an attempt to mitigate the damage from the oil (Image: Lehtikuva)

HELSINKI POLICE HAVE OPENED AN INVESTIGATION into potential environmental crimes after significant amounts of what is currently believed to be diesel oil has been found in some of the city's waterways. Police have also appealed to the public for any information about who may be responsible.

The oil was originally detected in streams running through Helsinki's Kivikko Sports Park, and in a storm drain in nearby Pilkkapolku. Authorities have installed ditch elements in the surrounding waterways in an attempt to thin out the oil spill and spread it over a greater distance to reduce the damage caused. It is believed that the oil has already spread several kilometres out.

Helsinki police have teamed up with the City of Helsinki's environmental inspectors to attempt to uncover the cause of the damage, although no suspects have been identified as of this writing. Many of the areas surrounding the sports park where the oil was first detected, especially nearby Viikinoja, are important habitats for birds and flora that are particularly vulnerable to environmental damage of this nature.

Authorities are urging anyone with information to get in touch.