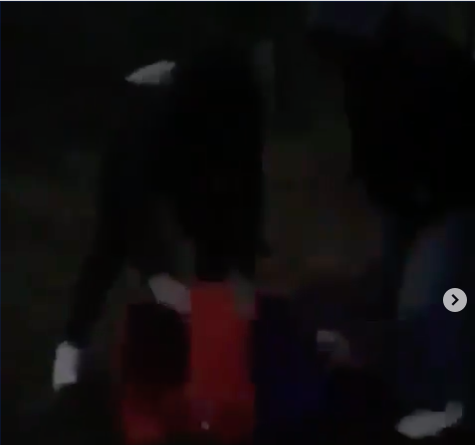 A still from the video of the attack

A VIDEO POSTED ON INSTAGRAM yesterday apparently shows several youths attacking and beating a young female of Somali origin. The short clip has caught the attention of tens of thousands of viewers. The ethnicity of the assailants is not clear.

The distressing footage was posted by someone who was not involved in the incident but claims to have a connection with the victim. The video lasts about 60 seconds in total, during which multiple young assailants punch, kick, and grab the victim while she repeatedly pleads for them to stop.

It appears that the attackers know the victim in some capacity, given that they address each other in personal terms in the video. The original Instagram post, which we have chosen not to link here, has already been viewed tens of thousands of times since being posted yesterday afternoon.

Thousands of people have expressed outrage and concern in the comments below the original video, described the incident as “disgusting”, “racist”, and “sick”.

The Helsinki Times has alerted the police to the video and its contents.