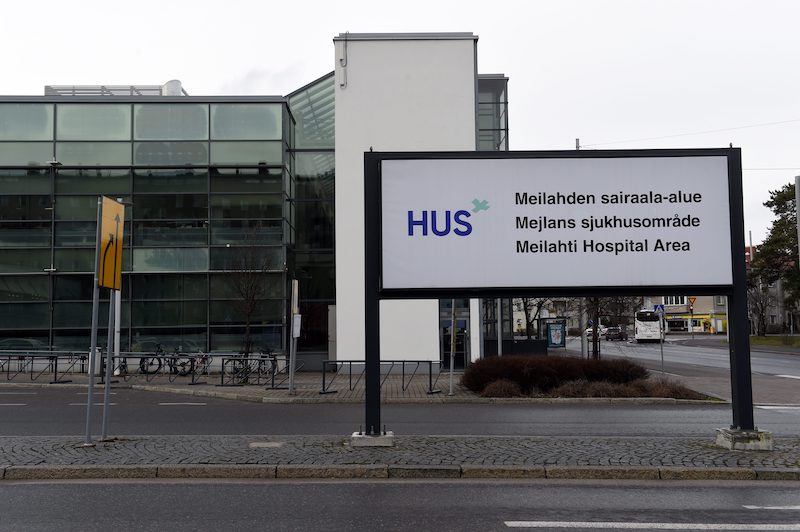 The entrance to Helsinki University Hospital (HUS), where a patient is in the ICU (Image: Lehtikuva)

A PATIENT INFECTED WITH THE COVID-19 VIRUS has entered the intensive care unit (ICU) at Helsinki University Hospital, the first patient in Finland to require such treatment. In addition, the CEO of THL, Markky Tervahauta, has stated that the number of actual coronavirus cases in Finland is likely to be 20-30 times higher than official estimates.

The patient in the ICU is of 'retirement age' and has previously been cared for in a hospital ward. Intensive care treatment for the coronavirus typically involves the patient being connected to a ventilator machine and receiving treatment to aid blood circulation.

The news of the case came as Finland's National Institute for Health and Welfare (THL) warned that the number of actual cases of coronavirus infections is likely to be significantly higher than the current estimates of 241. Based on simulations that use modeling data from other afflicted countries, THL has come to the conclusion that the number of cases may be "20 to 30 times higher" than official reports state.

This is due, in part, to Finland suspending testing and no longer conducting tests on anyone who exhibits symptoms. In addition, the lengthy incubation period of the virus, which may be as high as 2 weeks, combined with a large number of asymptomatic carriers means that official estimates are likely to be off the mark by a wide margin.